This week’s round-up of big winners is a veritable mix of high-stakes scores, breakout victories, and mistaken fortunes. From Andras Nemeth to Allen Kessler, our latest luminaries have all sampled the sweet taste of success in their own ways. So, without further ado, here’s how things went down in the tournament world over the last seven days. Or, more specifically, here’s CardsChat’s Big Winners of the Week ending April 3. 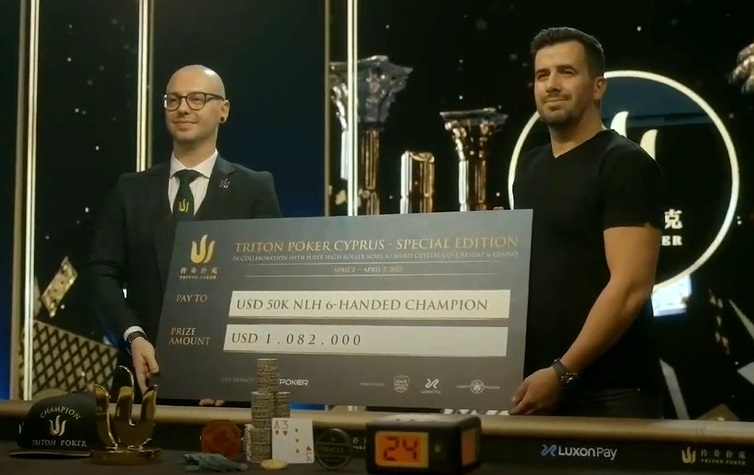 Nemeth took down the first Triton event in Cyprus on Sunday. The Hungarian is a familiar face on the high-stakes circuit and had to beat compatriot Laszlo Bujtas to add another seven-figure score to his tally. Given that Triton attracts the best players in poker, and the buy-in was $50K, it’s little surprise that Nemeth had to come through an all-star final table. However, even with Stephen Chidwick, Jason Koon, and Phil Ivey in his way, Nemeth got the job done with relative ease. 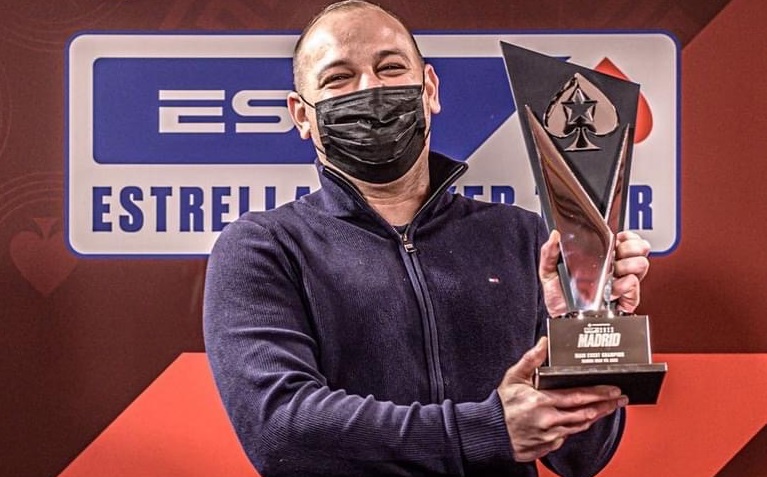 Giuri might be Romanian, but all three of his live tournament cashes have been in Spain. His first taste of success was a second-place finish at 888Live Madrid in 2020. Two years on, the amateur poker player has entered the big time with a six-figure score at ESPT Madrid. Giuri cashed in the first event of the series and parlayed that into a win in the €1,100 ($1,200) main event. Beating a field of 784 players on Saturday earned Giuri his biggest ever payday and the first title of his career. 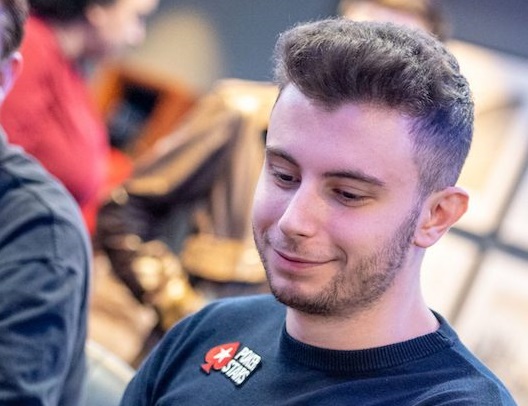 Bakker only had one live cash worth $1,076 before winning the WPT’s €1,100 ($1,200) event in Amsterdam on Thursday. However, with a string of online results under the screenname kleinebakker007, he’s far from a novice. In fact, the Dutch pro has multiple deep runs in SCOOP events on PokerStars, including an outright win in 2021. That experience served him well during last week’s WPTDeepStacks event. After making his way through a tough field of 757 entrants, Bakker bagged his first live title after beating countryman David Hu heads-up. 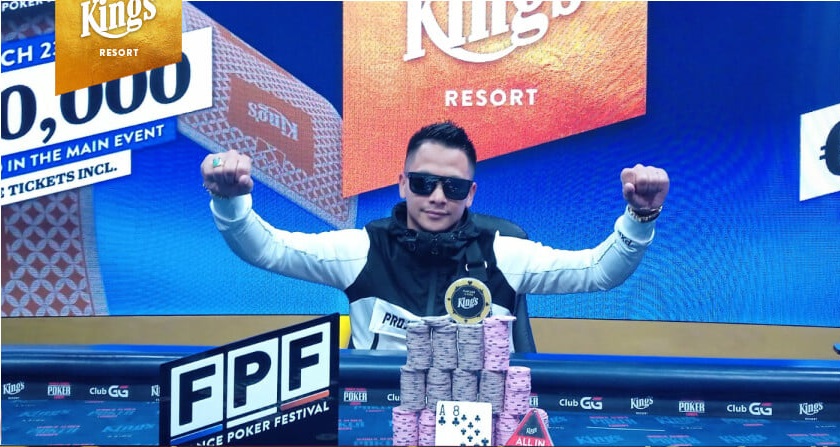 King’s Casino welcomed a bumper field of 2,254 entrants for the €300 ($330) France Poker Festival main event last week. When play was over on Tuesday, Bui was the only man left standing. The Frenchman was among the chip leaders early on in the event and maintained a steady pace throughout. He started the final table with just 22 big blinds, but only three players had bigger stacks. As the chips started to fly, Bui made all the right moves and, eventually, beat Thomas Feischer heads-up to claim the top prize and a free seat in the WSOPE Main Event . 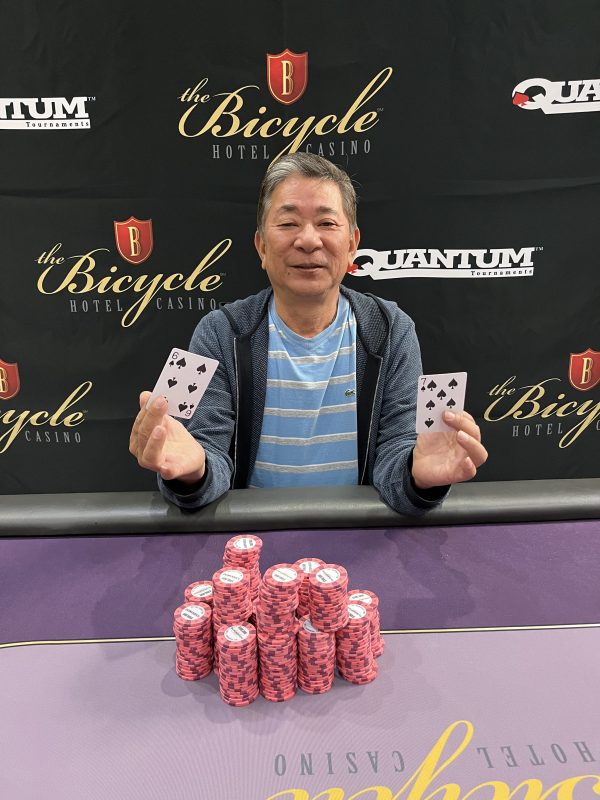 Over the weekend, Bicycle Casino regular Paul Chauderson kept the $200K Guaranteed Event title in-house when he finished at the top of a five-way chop. Chauderson earned more than $64K for his efforts while another Bike regular, Huy Nguyen, finished second for more than $42K. The victory pushes Chauderson to more than $1.5 million in lifetime earnings and marks his second big score of the year after he finished fifth in the $1,100 Commerce Classic for more than $47K. Chauderson has already called his shot, saying after his victory that he’ll be back at the final table of the upcoming Mega Millions event. 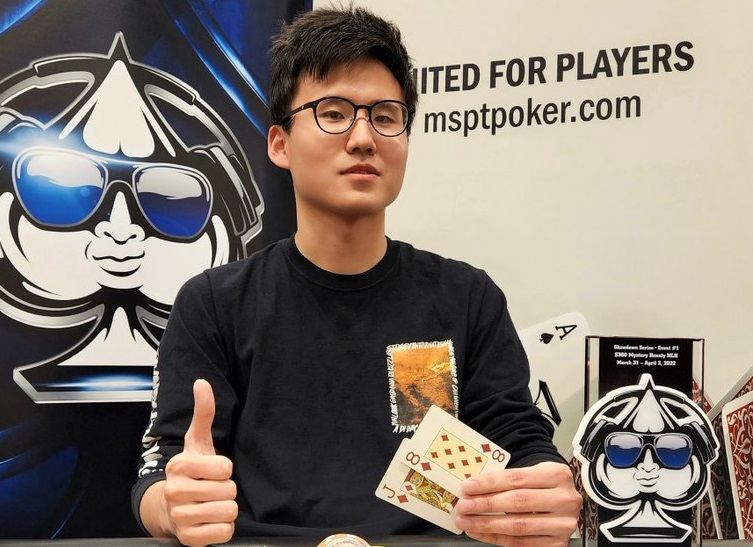 A five-way ICM chop might have meant Li took home the second-biggest prize of the MSPT bounty event, but we doubt he’ll be too concerned. The local player not only turned his $360 buy-in into a five-figure score, he bested a field of 1,197 entrants. That number continued the MSPT’s trend of breaking records and made it the biggest poker tournament ever held in Minnesota. So, even though runner-up Joel Doering won $600 more than Li, the champion was still smiling after Sunday’s final table. 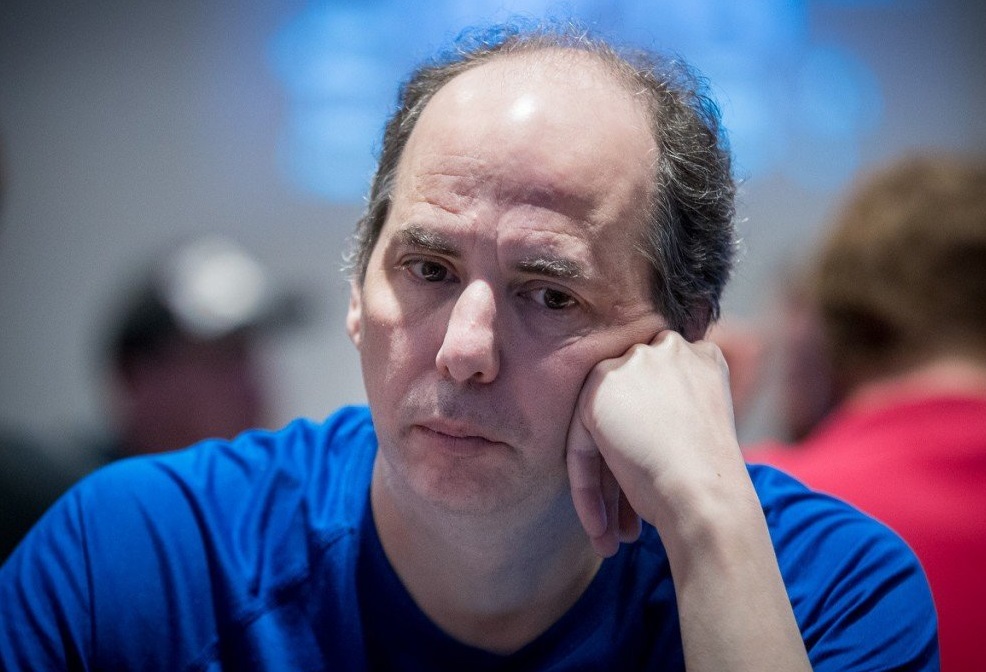 Kessler is poker’s ultimate grinder and will squeeze every last ounce of value from anything he can. He proved that on Monday, squeezing some value out of a slot machine. For a moment, it looked like Chainsaw had beaten his 2014 WSOP Circuit win ($170,031). However, the reality was slightly different. The “213,100” win, as described by Kessler, was in “pennies.” Therefore, a quick calculation puts Kessler’s latest win on par with the min cashes he’s notched up in his last 10 live events.