The Venom franchise is going from strength to strength as Americas Cardroom prepares to host a multi-million-dollar PKO event in September. 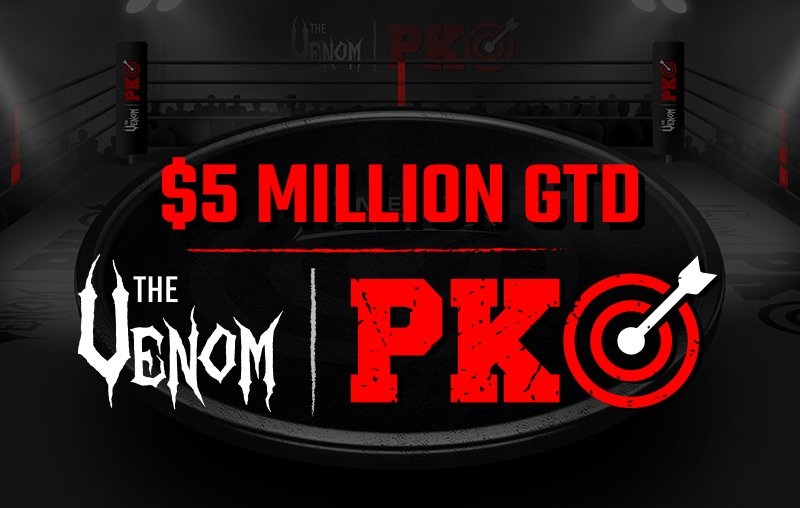 The record-breaking $10 million Venom might have only just wrapped up, but ACR isn’t letting the grass grow under its feet. With the main event well established, the spinoff PKO tournament is gaining a similar amount of traction. Therefore, to ensure Venom PKO III drives the franchise forward, Americas Cardroom has set the guarantee at $5 million.

That’s a lofty target, but Venom and Venom PKO have both shown they’re capable of exceeding expectations.

The original Venom, which is a straight freezeout tournament, holds the title of the richest online event by a US-facing poker site. Sohale Khalili, aka Baby Bowser, won the lion’s share of its $10 million prize pool last month to become the latest Venom champion.

The winner of the Venom PKO event might not collect $1.5 million like Khalili, but they will bank a significant six-figure score.

Venom PKO I and II both attracted more than 2,000 entrants each. That meant their total prize pools were in excess of $7 million. Between the main prize pools and the bounties up for grabs, the two previous winners, Pinguinachica and Rydo, won $751,068 and $738,134, respectively.

If past history is an accurate indicator, Venom PKO III should beat its $5 million guarantee, but Americas Cardroom isn’t taking any chances.


Venom PKO Fever starts on Sept. 3 and will offer a plethora of qualifiers for the $2,650 Main Event. Buy-ins for standard satellites start at $12, but Americas Cardroom will also be running special freerolls and “Blitz Step” qualifiers costing $0.11+.

What is a PKO Tournament?

ACR has described Venom PKO as the biggest progressive knockout tournament in online poker, but what does that actually mean?

Progressive knockout, aka PKO, is a type of poker tournament where everyone starts with a bounty on their head. Typically, 50% of the buy-in is used to create your starting bounty and the other 50% goes into the prize pool. The reason these tournaments are called “progressive” is because the size of your bounty increases each time you eliminate a player.

The further you progress in the tournament, the bigger the bounties can get. So, even if you don’t make it to the final table of Venom PKO, you could still win a few thousand dollars just by eliminating a player or two. That’s what makes this event potentially lucrative, and it’s the reason Americas Cardroom is aiming to collect well over 2,000 entries.