MTTs-What are things to know?

I have found that I prefer MTTs over cash games and really want to focus more on them. I would like to hear from you guys what are things to know to get deep in them.

1. Do not aim to save the starting stack.
MTT is a marathon, which is played for hours before it gets into the money, and at the final table the size of the starting stack will be equal to one big blind. Consequently, it is not necessary to tie the size of the starting stack to the real cost of participation in the tournament. Because of this, you should play more relaxed at the very beginning of the tournament so that your decisions do not depend on the idea that the cost of one chip is tied in some way to the value of the buy-in. Only in the later stages of the tournament, when ICM enters, is it time to think about the cash value of your stack and how it will affect your strategy.

2. Play to win
This advice is closely related to the previous one, but is applied even at the later stages of the tournament. The prize payout structure in MTT is built in such a way that the largest payouts are received by players at the final table and higher due to those players who barely survived the bubble. The main goal is to maximize the number of hits among the best finalists, even in cases where the difference in prizes is insignificant.

The use of any, even a small, advantage, putting pressure in small spots helps to build a large stack, and this is already a reserve for deep-wound. In other words, the more profitable we play, the greater the chance of getting into the top finalists.


3. Exploit, but do not overdo it
Since the field in tournaments is weaker than in other disciplines, you need to exploit the game of your opponent when necessary. For example, you can exploit a tight opponent in the blinds, opening up a wide range of hands, especially from late position. Or, another example, you can adjust the beta range by including more value-hands and less bluffing against the loose “phone”.

There are no two identical tournaments, so in each case you need to determine how to adapt to the player and which weaknesses you should push. Nevertheless, it is important to remember that by exploiting the game of the opponent, our game loses its balance, and we can also be exploited. These are two sides of the same coin. Therefore, it is important to remember about the adjustment of your game style in the case when you exploit your opponent's game.

If you have few chips left by the end, try to stay in the game, successfully playing a very strong hand. Such as the highest pocket pair or AK / AQ. If you are the chip leader (you have the most chips), play aggressively and steal the blinds from opponents. In this way, you can retain your superiority and win the entire tournament.

If this is an early stage tournament, take small bets and raise with a pocket pair. So you can get rid of some players on the flop.

Remember that suited masks reduce the rate of return, because players often play with a shot stack even at the start of a tournament. Even if your bundle worked, you hardly get a lot of money from your opponents in relation to the bank. With these hands, it is worth taking or betting only at the beginning of the tournament.

Remember to take notes on the players you are playing against. As you will often meet the same people, if you constantly play single-buy tournaments with the same buy-in.

Skl11game said:
I have found that I prefer MTTs over cash games and really want to focus more on them. I would like to hear from you guys what are things to know to get deep in them.
Click to expand... 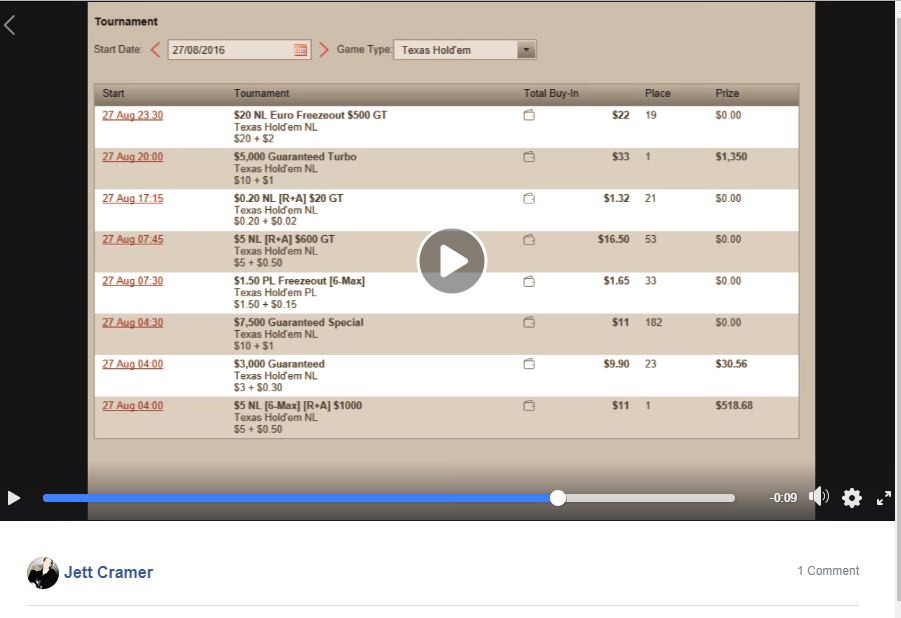 Congratulations on figuring out what you enjoy. Everyone has to find the path that works well for them. I sometimes cannot devote the 2 to 5 hours needed for mtt's , so find myself playing ring games more often than not.
Share:
Facebook Twitter Reddit Link