Donkey:[donk]: noun, to donk v. slang. poor poker player, a player who thinks they are good but no evidence of this assertion can be found. 2. Often found shortstacked, whining or whining in the losers lounge while good players are still in the game - usually blurting unprompted questions or statements like: "play me for cash","play me for real", "freerolls suck/ are waste of time" ,"play me hu" , "I won this or that tournament last week","I play at (enter any famous casino name)","my bankroll is bigger than yours!" , etc., etc. etc.3. Usually in this situation being unable to beat players deemed, by player most often using this term, of lower skill. 4. Not to be confused with making a wrong read, bluffing, late positioned / big/short stack, big blinds, calling a 7 2 bluff or any other read that may give basis to call with something other than AA - they never like all other human poker players make mistakes. B. Frequently heard to exclaim "you called me with that"! note: this can usually be rebuffed with the reply "You went all in with that!" (see below: the video where Patrik Antonius'

all in is called by Doyle Brunson's

) note: having just made the same play they earlier called out as a "donk play" when made by someone else - they never return the announcement. note: watch their hands carefully as they deftly,skillfully demonstrate how to win playing only 4 pocket pairs AA, KK, AK,QQ on the button! 5. Frequently chats, blogs, writes complaints about "that donk this", "that donk that", "why all the donks" complaints which can be traced back to being taken out time after time after time again by someone they consider a donk - never stopping to ask the question - "If it is they and not I who am a donk why can't I win against them? Is it possible I am the donkey?"
5. Sometimes a mindless warning to someone who may be playing badly to stop and play better so they can win - instead of the person who cannot restrain themselves exploiting these weaknesses to win - this person would much rather play at a table with Stu Ungar, Alan Cunningham, Phil Ivey, Chip Jett, Barry Greenstein and Johnny Chan or where all players play perfectly and are therefore better than they, thereby insuring they lose (can't beat bad players / can't beat good players). (note: they frequently are "better" than these people too - no really just ask then check their ranking scores - zero does not mean they are bad)
6. Often issued as an alert to the other players of "Hey a player with "lesser skills" is taking all my chips" and a reminder of "I can beat Raymer on any given day and I am making "expert" commentary on how others should play, ignore the fact I am not winning here and now because I am unable to take advantage of my own excellent advice".
Appendix inspired by jsc88310 : Frequently the player who "checks you" to the nuts (e.g doesn't know the correct bet to give you incorrect odds to call and/or doesn't have the guts to make the bet and/or thinks it's a limit game), goes all in on the river (with 2nd or 3rd best hand) then screams "donk" ,"chaser" ,"riverrat" on the way to or from the losers lounge for twenty minutes!
7. trite,overused, "TVPokerese" for someone who is "English challenged" trying very hard to sound like they "know poker" having not mastered the actual game. Verbal device used to distract from the fact their own play is poor. see also Yakkity, Yakkity, Yak, Blah, blah, blah, yadda, yadda, yadda ..... 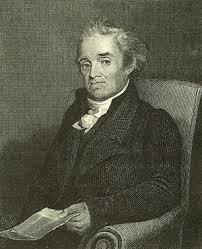 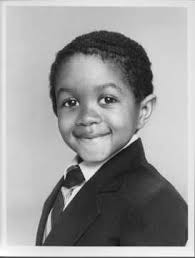 welcome to the site
i hope u enjoy it