I play high-stakes no-limit hold'em cash games online. I provide exclusive coaching videos for Card Player Pro, powered by PokerSavvy Plus. My columns will center on hands taken from my videos and will explore full-ring and six-max concepts. As a Card Player reader, you'll have access to clips of these hands and others. In addition to the columns, you can watch videos on CardPlayer.com for a richer learning experience. In this column, we will look at a hand that demonstrates the power of semibluffing with a big draw on the flop.

The first player folded, the next open-raised to $18, the next two players called, and the cutoff called. Of these players, everyone except the first cold-caller had more than $600, and he had about $250. I decided to call from the big blind with the 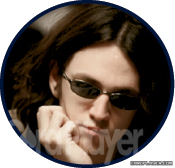 . With so many callers in, unsuited high cards go way down in value, but pocket pairs, suited aces, and suited connectors go way up. I would be calling here with any suited connectors or one-gappers down to 5-4 suited and 6-4 suited.

I flopped a combo gutshot-straight and flush draw, exactly the sort of flop I'm looking for in a multiway pot with suited connectors. The action was on me to start, and I had to decide whether to check or lead out. With a big draw like this on the flop and anywhere from three to 10 times the pot left to play, my goal is almost always to let other players put a bit more money into the pot before I raise all in. As this column will show, these spots tend to be very profitable, since a big draw has a very good chance of beating even a set if I do get called. David Sklansky coined the term semibluff to describe this type of play, in which you are hoping that your opponent folds to your bet, but you have a strong chance to improve to the best hand if he calls. Moving all in with a combo draw on the flop is the archetypal no-limit hold'em semibluff.

So, am I more likely to set off a chain of events that ends with me shoving by betting or by checking? In this case, checking is best. If I lead out for anything more than half the pot, a raise will probably be to $200 or more, and I will very rarely get a fold when I shove. There is also the somewhat shorter-stacked player who might just shove over my lead. Finally, I might get called in one or more places, which would probably be bad news, especially if my opponents will fold one-pair hands if a club comes on the turn but play them hard if the turn blanks. If I check, there is a good chance that there will be a bet and one or more calls, and I can make exactly the sort of shove I'm hoping to make.

However, I was shoving into a pot of $300, so my semibluff would show a profit if I took it down just over one-fourth of the time and was called by a set the remaining three-fourths of the time. Of course, sometimes I'll be called by hands other than a set. I'm about 45 percent against A-K or 7-6, 33 percent against an ace-high flush draw, and, the worst-case scenario, 18 percent against the K

for top pair and a higher flush draw. I will average anywhere from 33 percent to 37 percent against a reasonable calling range from one opponent. I'm ignoring the situation in which I get called by two opponents, because it will happen very rarely and the math is a bit cumbersome. If I get it in against two sets or a set and two pair, that is actually pretty good for me, but if I am up against a set and a higher flush draw, I am in really bad shape.

If I expect that my bluff wins the pot a third of the time, over three iterations of this situation, my expectation is:

To watch Isaac Haxton comment on and play this hand, point your browser to Card Player Pro, the complete online poker training site, at CardPlayer.com - PokerSavvy.


I was reading this article and just couldn't understand the whole equity part and math involved. I completely understand how he comes up with his equity in the pot with 35% of catching his cards. But the whole loss of 100 thing is confusing, can anyone help?

So on average he's losing $133 every time he makes this play if he knows he's up against that set. As he mentions though, there are other (worse) hands in his opponent's range, plus he occasionally folds out better hands with his fold equity which make his play a net +EV play in the long-run.

Is drawing with AK

Damn Chuck is too fast T_T.

Any recommendations on books that go more in depth on the math involved...especially more related to the cash game play in poker?