They say Texas Hold'em takes five minutes to learn and a lifetime to master and it's true! Hold'em is by far the most popular poker game in the world and we're here to guide you through the basics of the game. 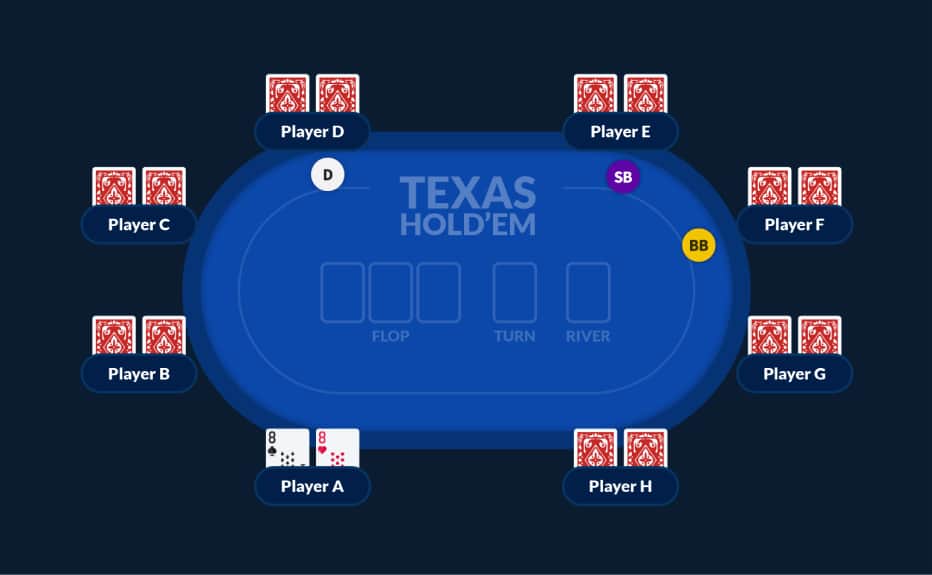 A typical Texas Hold'em table set up showing a game between eight players.

How to Play Texas Hold'em

Hold'em is easy once you know the basics. Let's go through a hand together to see exactly how it works:

If you feel ready to play Texas Hold'em already, you can check out our list of the best online poker sites.

Pot-Limit Omaha (PLO) is a favorite of Europeans and high-stakes players because it has tons of action. In PLO poker, as it's also called, you get four-hole cards and can bet and raise equal to what's already in the pot. 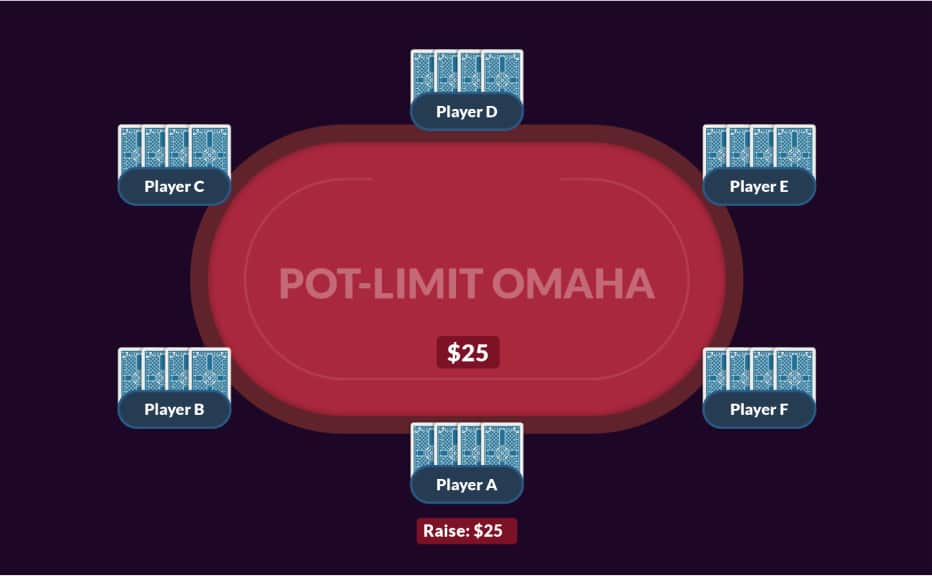 With its four-hole card start, Pot-Limit Omaha offers players more ways to spice up your game.

How to Play Pot-Limit Omaha

Pot-Limit Omaha plays a lot like Hold'em but there are a few very important differences to be aware of. Let's go through basic PLO poker rules step by step

If you're an experienced player coming from No Limit Hold'em (NLH) and transitioning to PLO poker, there are several things you should be aware of before you dip your toes into the exciting PLO waters:

Rewind just a few decades and Seven-Card Stud was the most popular poker game in America but has since been surpassed by faster and more exciting variants.

If you've only played Hold'em, Seven-Card Stud will take some getting used to. There are no community cards and it's almost always played with fixed betting limits. 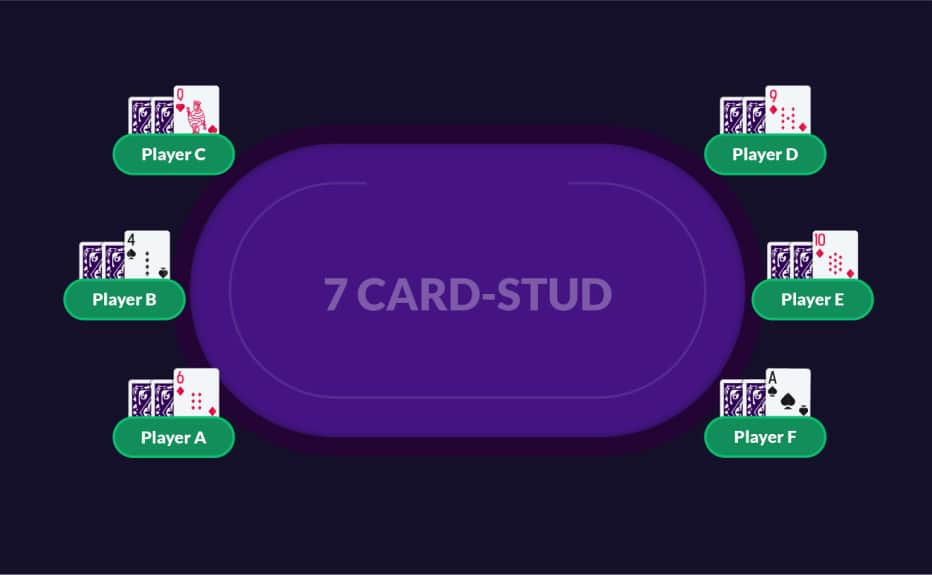 A typical Seven-Card Stud setup with one card face up from the offset.

How to Play Seven-Card Stud

Pros and Cons of Seven-Card Stud

Other Tips for Seven-Card Stud

If you don't know how to play Seven Card Stud, check out the rules in the previous section, it'll to make learning Razz poker way easier. Razz poker is a lowball game which means the card and hand rankings are flipped upside down.

The goal in Razz poker is to make the "worst" possible hand according to traditional poker hand rankings. Which is why you will frequently find people at lower limits online trying to play Stud during some Razz rounds in HORSE and other mixed games. 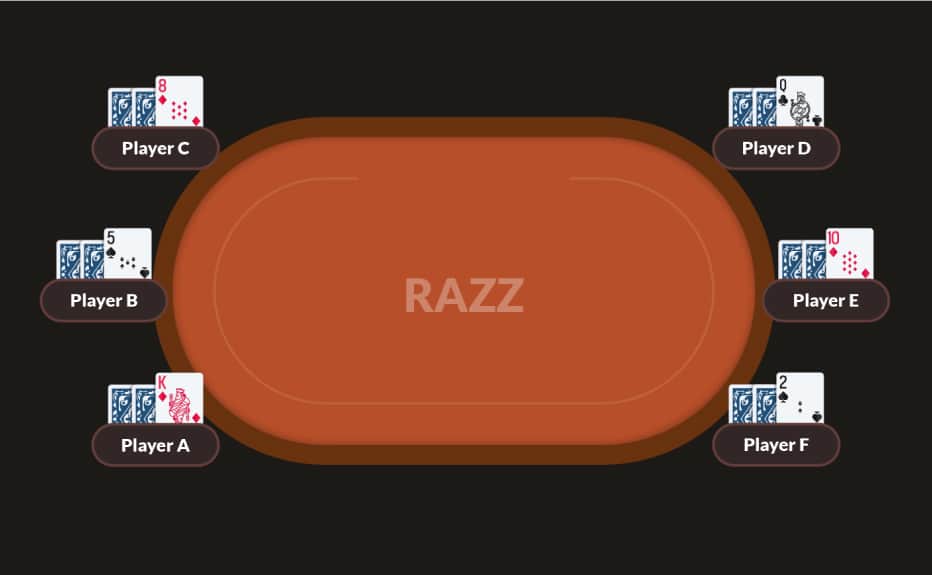 Like Seven-Card Stud, Razz begins with one card face up; albeit with different rules on who 'brings it in'.

How to Play Razz Poker

If you've never played a Hi-Lo poker variation before you're in for a treat. In this kind of game, the pot is split between the highest hand and the lowest hand.

Once you've learned Pot-Limit Omaha, understanding Omaha Hi-Lo is really easy. Omaha Hi-Lo uses blinds, each player gets four cards and there are four betting rounds with a flop, turn, and river. At the end of the hand, the pot is split between the best high hand and the best low hand. 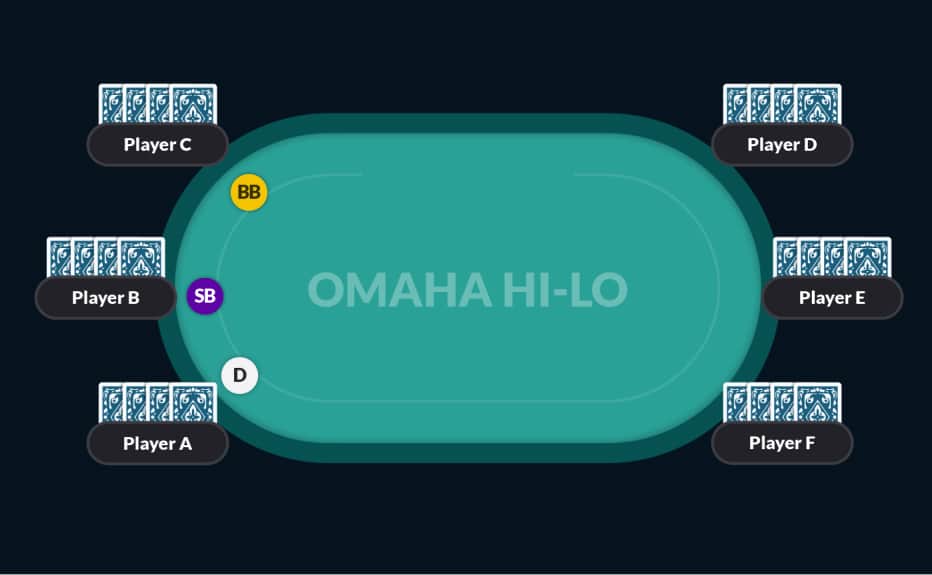 How to Play Omaha Hi-Lo

Now that you've learned games that use low hands like Razz and Omaha Hi-Lo, it's time to unveil another excellent lowball game. 2-7 Triple Draw is a limit game that uses blinds but no community cards. It's straightforward once you know the basics. 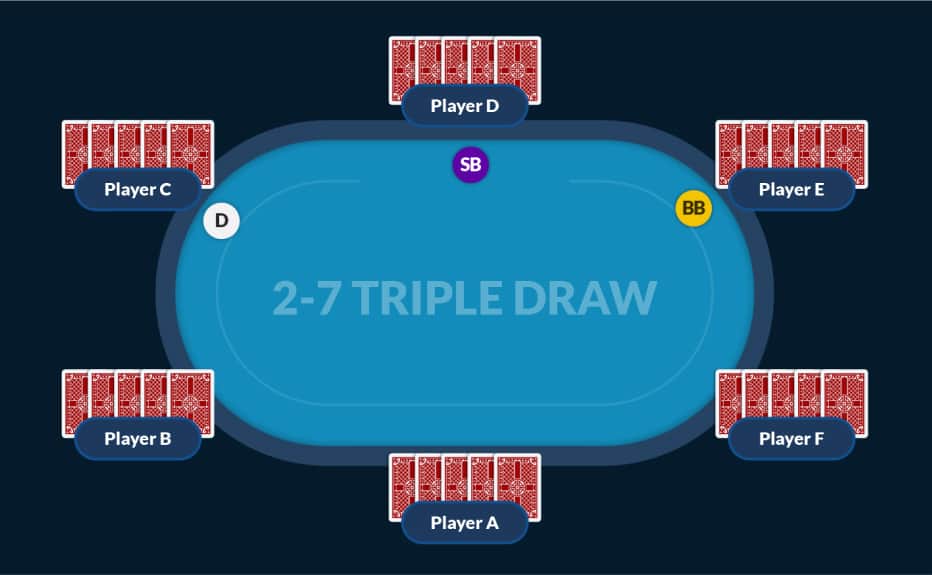 2-7 Triple Draw offers players a fun way to bluff and use mind games on their way to victory.

How to Play 2-7 Triple Draw

Back in the day, the first poker game you played wasn't Texas Hold'em, it was Five-Card Draw. Kids played with pennies and guessed the rules, but for adults, this game still has its charms all these years later. Five-Card Draw uses a dealer button and blinds, just like Hold'em. 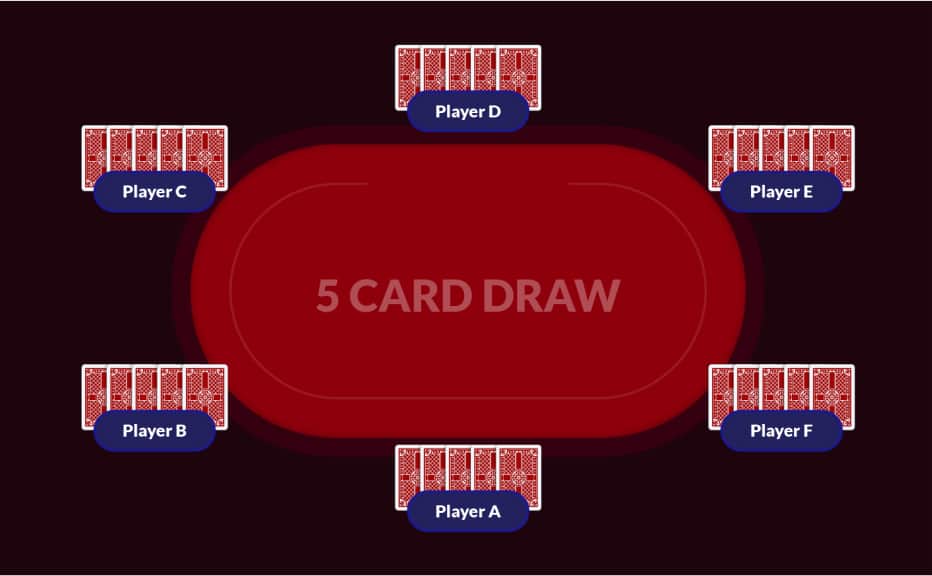 Five-Card Draw is the older brother of Texas Hold'em and still has all its charms.

How to Play Five-Card Draw

Chinese poker is a special entry on the list and if you've never played it before it's going to take some getting used to. It's a lot different to normal poker but it's so much fun that it's worth the effort to learn. 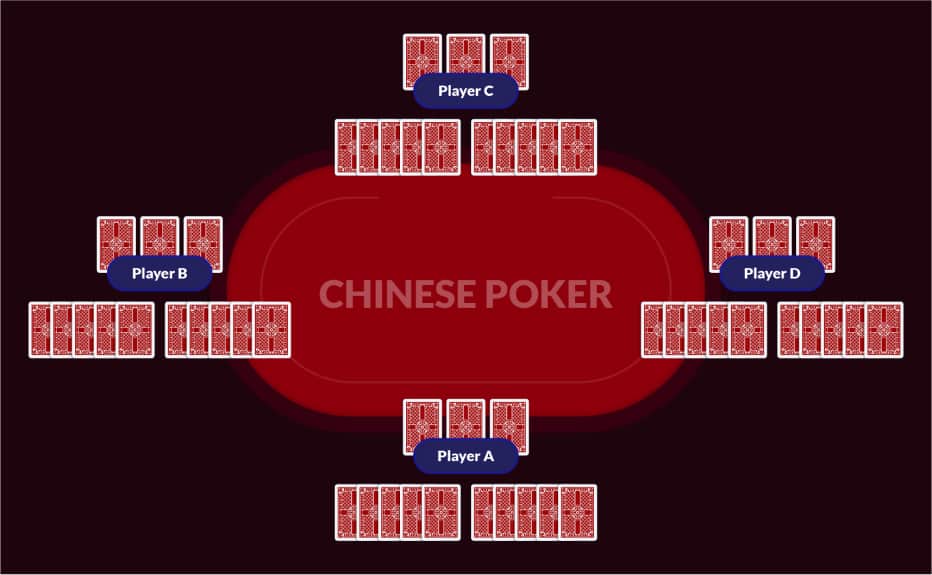 Played with four players, Chinese poker is easy to play and actioned-packed.

How to Play Chinese Poker

If you love non-Hold'em games, you'll love HORSE. The game's name is an acronym that contains five different poker variations. 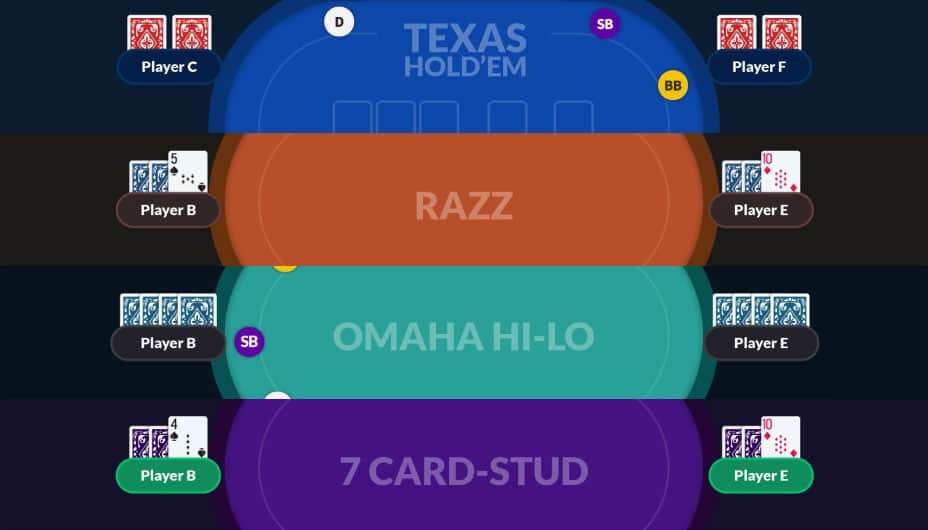 How to Play HORSE

Badugi is another special game you're not going to run into at most home games or casinos and it uses a completely different hand ranking system than you're used to. Badugi is essentially a lowball game but it has some special features that set it apart from other poker variations. 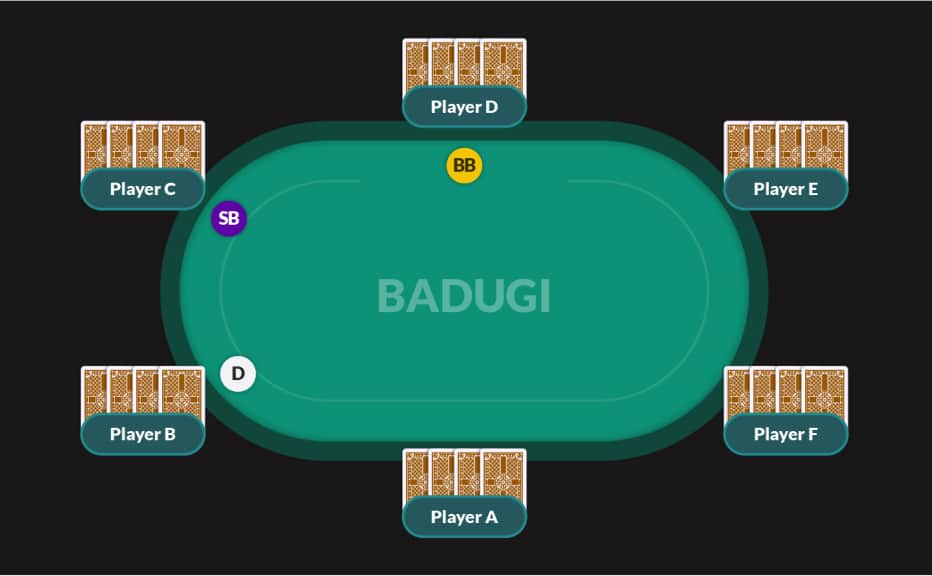 Badugi starts with four cards and relies on bluffing and aggression.

How to Play Badugi