Two millionaires will be made on Saturday at the $10,000 buy-in Wynn Millions final table, with the champion receiving just north of $2 million. 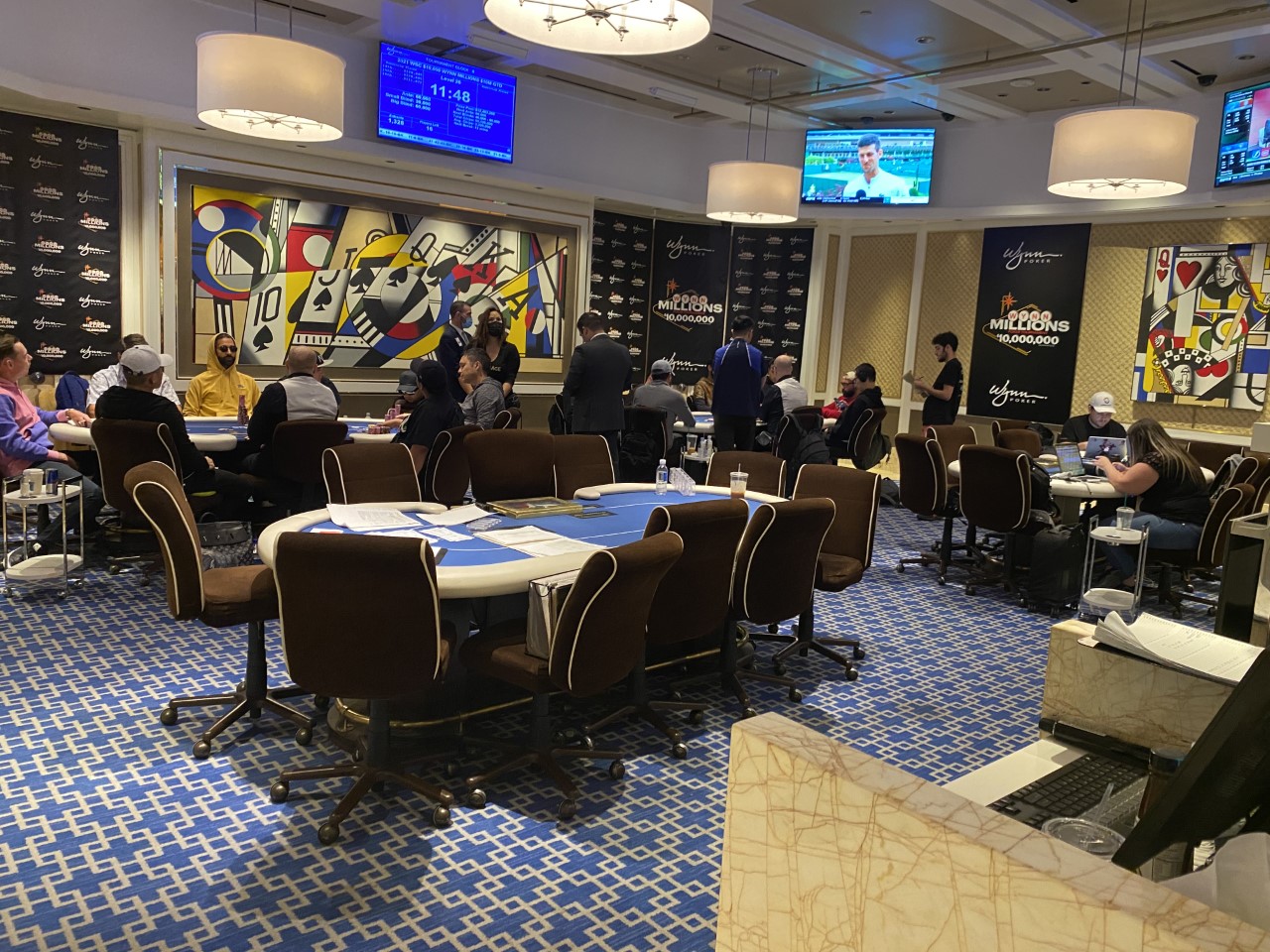 Clayton Maguire, who has nearly $1.5 million in live tournament cashes, began Day 4 with the chip lead. He finished the nine-hour session in that same position.

The field, which originally began with 1,382 players, shrunk on Friday from 18 to nine, and the process was quite slow. With blind levels at 90 minutes, short stacks were able to hang on longer than in faster tournaments. Eight hours into play, only seven players had busted. That included Ilyas Muradi, the 2021 WPT Lucky Hearts Poker Open champ, who was eliminated in 14th place for $128,645.

Andrew Moreno, brother of YouTuber and former poker vlogger Johnny “Vibes” Moreno, told his Twitter followers in May that he was going to start focusing on his tournament play. Three weeks later, he shipped the $1,100 No-Limit Hold’em Ultimate Stack at the Venetian Deepstack Championship Series for $127,740, beating out 637 players.

The San Diego resident is already guaranteed an even bigger payout in the Wynn Millions, regardless of finish. And he’ll nearly triple his current live tournament earnings of $1,056,000 if he ships the tournament. For that to happen, however, he’ll need to erase a sizeable deficit to Maguire, who has held the chip lead after Day 3 and Day 4.

The final table includes seven players from the United States, one from France (Milliard-Feral) and one from the United Kingdom (Lewis). Maguire, the chip leader, is the only World Series of Poker champion among the table. He shipped a $1,000 No-Limit Hold’em Online bracelet event in 2016 for $210,279, and also won an EPT Monte Carlo No-Limit Hold’em Six-Handed Tournat in 2009 for $368,159.

On Saturday, these nine poker pros will be playing for life-changing money. The tournament resumes at noon PT, and they’ll play down to a winner.