Bryn Kenney entered Day 2AB of the $10 million guaranteed Wynn Millions tournament with the chip lead, but he went home just two hours later thanks to an unforgettable cooler from Alex Foxen in the biggest poker event of the summer. 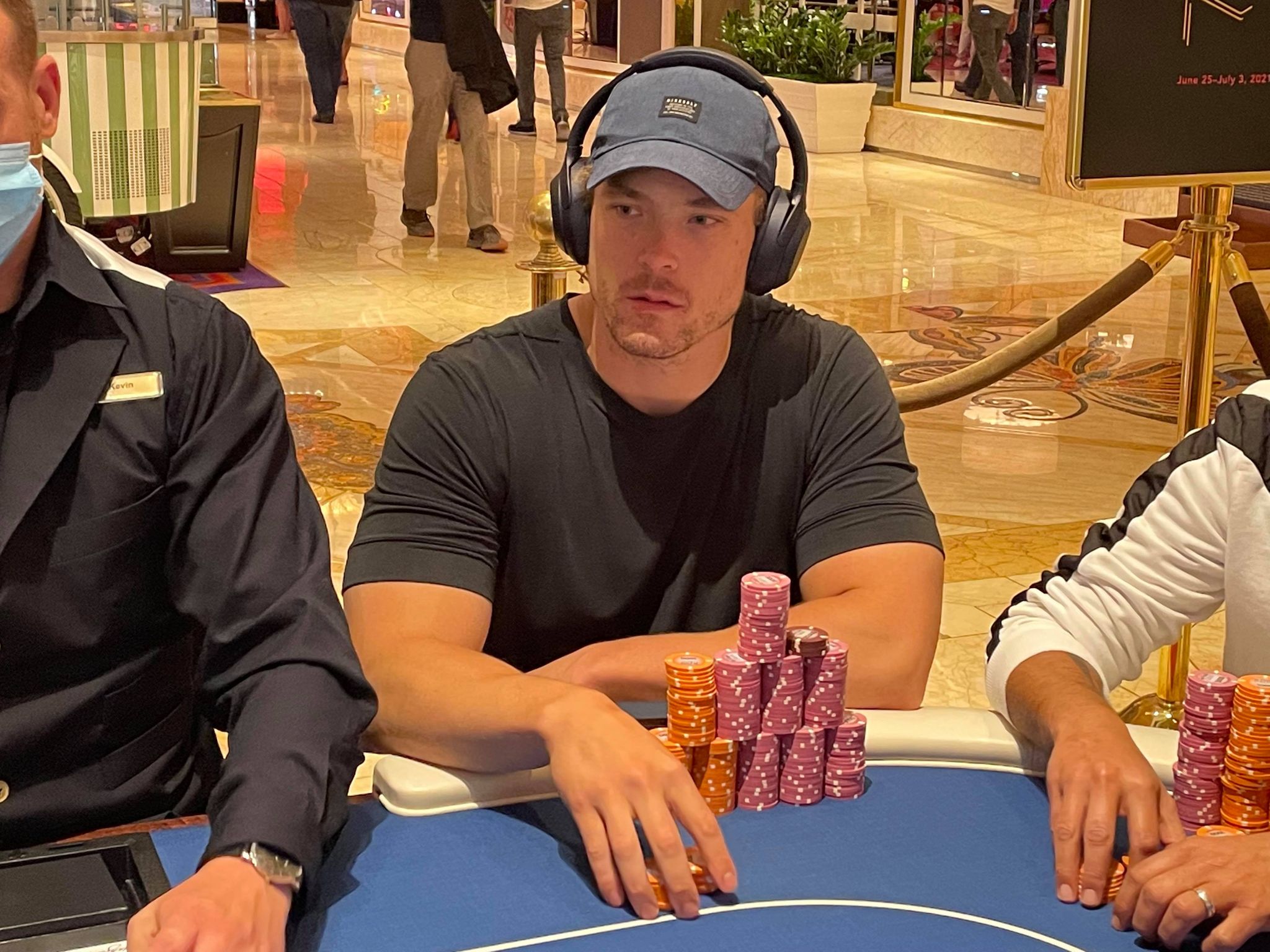 The $10,000 buy-in tournament easily surpassed its lofty guarantee by more than $3 million, with 1,328 players registered. Heading into Day 2, which is split between Monday and Tuesday, 501 players remained in one of the biggest non-WSOP $10k poker tournaments in history.

Kenney, the all-time live tournament earnings leader ($56.4 million), had everything working for him on Day 1B (Saturday). The cards broke his way and the other players just kept giving him chips. He finished the session with 376,500 chips, a sizable advantage over Bruno Furth, who sat in second place with 331,500.

Day 2, however, went in the opposite direction for the legendary high roller. Kenney had already given back a small chunk of his stack before tangling with Foxen in what just might be the most memorable hand of the Wynn Millions tournament when it concludes on July 3.

Two hours into the session, he picked up A-Q and went to battle against Foxen, who held pocket 3s and who had him covered. The flop came out A-A-3, putting Kenney in a tough spot already. Kenney fired out 9,000 chips and Foxen made the call, slow-playing his full house.

The turn — a 3 — was the worst imaginable card in the deck for Kenney because it gave him a full house that was no good. He again bet out, this time for 10,000 and got another call. The river — a Q — was an even worse card for Kenney.

If Foxen had an ace in the hole, the river would have been perfect for the New York high roller. But instead, he had quads, the only hand that could beat A-Q. Kenney check-raised Foxen’s river bet of 120,000 only to be immediately snap-called for approximately 240,000 total.

Foxen, who barely had Kenney covered, sent the Day 1 chip leader home two hours into Day 2 in one of the biggest non-WSOP events in poker history.

Foxen on the Right Track

The hand propelled Foxen, the 2018 and 2019 Global Poker Index Player of the Year, to more than 650,000 chips, making him the undisputed chip leader as of Monday afternoon. Day 2AB will conclude after five 90-minute levels are completed.

Players from the Day 1C session (Sunday) will return to the Wynn Millions poker tournament for the second and final Day 2C session at noon on Tuesday. All remaining players will then get together for Day 3 on Wednesday, with the final table scheduled for July 2 and then the heads-up finale on July 3.

At the time of publishing, 400 players still remain in the event, and the money bubble won’t burst until the 135th place finisher busts, likely early on Day 3. The eventual winner will take home $2,018,666 with the runner-up guaranteed $1,248,886.