The Wynn Classic, one of the largest winter poker festivals in Las Vegas, returns in February and this year there’s $1.4 million up for grabs.

Forming part of the Wynn’s annual schedule of poker events, which also includes the Summer Classic which runs alongside the World Series of Poker (WSOP), the upcoming festival features 11 tournaments between Feb. 23rd and March 12th. 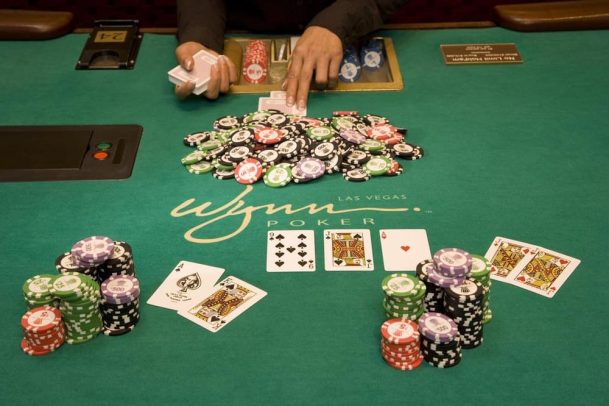 The Wynn Classic returns Feb. 23 with a schedule offering casual players a chance to play for at least $1.4 million. (Image: yelp.com)

Across the series, the Wynn will spread a variety of No Limit Hold’em and Pot Limit Omaha tournaments that are designed with casual players in mind.

While tournament traffic has been fairly positive, traffic for cash games is still low. During the summer of 2016, WSOP Nevada was able to attract strong numbers thanks to the WSOP.

With a clear lack of “hardcore” online players, the Wynn Classic looks to be aimed at casual players. Aside from the main event, the majority of tournaments are pitched around the $360+$40 mark with some satellites costing as little as $265+$35.

In line with affordable buy-ins, many events, such as the Survivor tournaments, are scheduled to last no more than one day.

Survivor tournaments first hit the live scene around 2010. Designed to reward more players in a quicker way, these events play down to the bubble (10 percent of the starting field) and, once it bursts, all surviving players are paid an equal share of the purse. Although this format doesn’t typically appeal to seasoned players, the risk versus return ratio is something that casual players enjoy.

The inclusion of these sorts of tournaments appears to be a clear move by the Wynn to capitalize on the increasing number of tourist dollars flowing through Vegas. In 2016, the Las Vegas Convention and Visitors Authority (LVCVA) reported a record number of visitors (42.9 million) to Sin City.

With more people now hitting the strip, the Wynn will be hoping its selection of bite size poker tournaments with guaranteed money will pique the interest of those who are in town for a few days.

Indeed, with online poker figures suggesting that hardcore players are lacking in numbers, the decision to appeal more to novices appears to be something of a necessity.