The 2017 World Series of Poker Europe (WSOPE), which late last year was moved to King’s Casino Rozvadov in the Czech Republic, will take place October 19 to November 10 and feature more than €20 million ($21.16 million) in guarantees over 11 gold bracelet events. 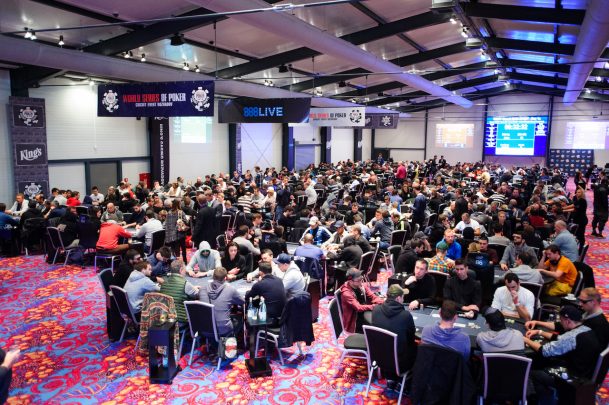 Largest Festival Ever Held Outside of Las Vegas

For the first time in King’s Rozvadov 14-year history, the WSOPE is coming to town courtesy of casino owner and entrepreneur Leon Tsoukernik. With 160 tables and an upcoming 250-room hotel, King’s is the largest cardroom in the EU, and in recent years has put a significant emphasis on poker.

There will also be plenty of poker action even before the WSOPE comes to town, as King’s will host a WSOP Circuit stop from September 28 to October 19. Combined, the WSOPE and Circuit stops will feature 84 different events over 44 days, which will make it the richest and most ambitious poker series ever attempted in the EU.

Has WSOPE Finally Found a Home?

The WSOPE, which has previously been held in the UK, France, and Germany, is slated to be held at King’s Casino, which is two hours from both Prague and Munich, this year, and again in 2019. In addition, WSOP Circuit stops will be held at the venue through to 2021.

“WSOP Europe has struggled to find a permanent home since debuting in 2007 because we could never really find the venue or partner to replicate what we have in Las Vegas,” WSOP Executive Director Ty Stewart said in a press release.

The WSOPE was a yearly event up until 2014, when it was announced that it would only take place on odd-numbered years, with the WSOP Asia-Pacific being held on even-numbered years.

In the past 10 years, 48 bracelets have been awarded at the WSOPE. Starting with a trio of tournaments in 2007, the series then jumped to four over the next two years. In 2010, five events graced the schedule, and then two more were added for 2011 and 2012. The 2013 WSOPE awarded eight bracelets, while 10 players took home gold in 2015.