(Opinion) WSOP Player of the Year System Needs to be Fixed, Here’s How

Daniel Negreanu claimed his third WSOP Player of the Year title on Monday, undeniably an incredible accomplishment. But what did he really win? Pride? A pat on the back? Maybe some side bets? The award, according to many poker fans on social media, is flawed. That’s why I have some solutions that would benefit various types of tournament players, not just the high rollers with unlimited bankrolls. 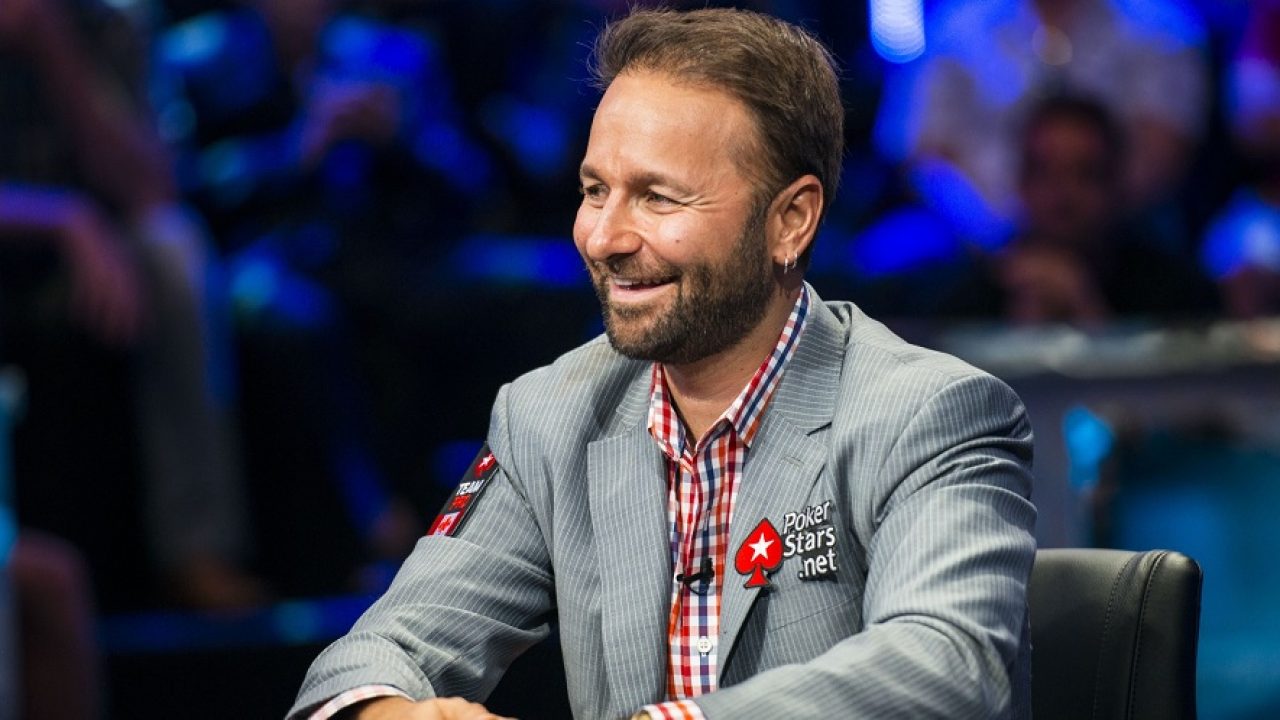 Negreanu held off close competition from Shaun Deeb, the defending champ, and Robert Campbell. Even after benefiting from the rules, he said in a recent WSOPE vlog that changes should be made to the scoring system. I agree with the Poker Hall of Famer. But how? Glad you asked!

What Issues do Poker Players Have with the WSOP POY Structure?

To some, including many of the world’s top pros, the WSOP Player of the Year is unimportant. They don’t care to chase the award, nor do they care who wins it. To others, such as Deeb and Negreanu, winning POY is nearly as fulfilling as shipping a bracelet. And, for some lower-stakes players, competing for the POY title would be exciting, but it just isn’t feasible without a massive bankroll.

So, one issue many have with the current POY system is that it’s nearly impossible to compete for the title without having deep pockets. Another complaint I’ve heard from poker players is that there is no reward for winning.

When Negreanu won in 2004, he received a band new pickup truck for his performance. Nowadays, the winner earns nothing but pride points and a banner hanging at the Rio during the following year’s World Series of Poker.

Another issue some players have with the current system for determining POY is that the contenders are racking up min-cashes in low buy-in events while firing multiple bullets, due to unlimited re-buys being available. In 2017, Chris Ferguson won POY with 23 cashes, most of which were min-cashes in the lowest buy-in tournaments.

You could conceivably win POY without turning a profit or winning a bracelet. To me, and others, that seems a bit silly. The ultimate goal of poker is to make money, so in my opinion, profiting at the series should be a requirement for winning POY.

What’s Wrong with the Scoring System?

In 2018, in response to complaints from the poker community, the WSOP switched to a scoring system formula that is similar to the one used on its Circuit tour. Players are rewarded with points based on how deep they run in each event.

The problem with this type of scoring system is, you can lose money playing an event while still earning points. Take Negreanu’s WSOPE Colossus performance, for example. He cashed in the €550 event for €2,036, but fired numerous bullets across the nine, Day 1 starting flights.

Despite losing money in the tournament, Negreanu received 103.3 POY points for 195th place. As it turned out, he didn’t need those points, as he still would have beat Campbell by 10 points. The point is though, the scoring system rewards players even if they lose money in a re-buy event, and that just doesn’t make sense to me. That’s like an NFL team getting credited for a win in a game where they were outscored because they had more total yards than their opponent.

The object of poker is to win money. If you don’t win money playing the game, why should you be rewarded? So, my first solution to the POY problem is to eliminate any points earned by a player who doesn’t turn a profit in the event.

For some strange reason, the WSOP Player of the Year doesn’t receive any compensation or gifts. It just seems odd that they keep track of the point standings throughout the year when the players aren’t actually competing for anything other than pride.

Caesars Entertainment makes plenty of money off the World Series of Poker. They aren’t pinching pennies here. Give the winner $250,000 and his or her choice of a brand-new automobile. Better yet, get one of the local car dealerships to hand out a free car or truck to the winner in exchange for a sponsorship deal.

We’re talking about the world’s most prestigious poker series here. This isn’t the $60 Sunday tournament at Prairie Meadows Racetrack and Casino in Des Moines, Iowa. I used to crush that tournament back in the day, by the way. Good times. So, the World Series of Poker POY winner deserves more than congratulations and virtual high-fives from the poker community.

Top 10 Cashes Only, Must Reach Minimum Number of Cashes to Qualify

The World Series of Poker has seen a spike in entries in recent years, thanks in part to the increase in re-buy events. Some poker players despise re-buy tournaments, especially ones that feature unlimited re-buys. Many pros believe that allowing so many re-buys makes it unfair for those without deep pockets to compete for Player of the Year.

From an operator’s point of view, more entries equals more money. So, you can’t ask the WSOP to just eliminate re-buys completely, or create a POY scoring system where points are only counted for cashes on the first bullet. Doing so would mean less revenue for Caesars Entertainment.

So, I offer up a solution. Instead of only counting first-bullet cashes, players should be required to cash in at least 10 events to qualify for Player of the Year. Only the player’s top 10 cashes, based on a points system which I will introduce below, will count.

This is a win-win solution for everyone involved, including the WSOP. Players will still have an incentive to play as many tournaments as possible, as they need a strong showing in 10 events to even qualify for the POY race. At the same time, the system prevents players from racking up a ton of min-cashes for $2,000 or so, just to help them win POY.

In sports, you don’t win championships by beating a bunch of mediocre teams. You also have to win some games against top competition. In poker, it shouldn’t be about your small cashes in the $1,500 Millionaire Maker or the $888 Crazy Eights. The top performances are what should matter most.

The Formula to Determine Player of the Year

A simple scoring system is all that is needed to determine POY. Players should earn points for certain achievements, which would make the scoring easy for every player and fan to understand. Let me explain.

As I wrote earlier, I’d like to see a POY points system that gives different types of players a shot at winning, not just the high-stakes pros. The 2019 World Series of Poker featured buy-ins ranging from $350 to $100,000. Each tournament awards a bracelet to the winner. Why should having deep pockets be a requirement to contend for POY? I would like to level the playing field a bit, while still rewarding players who achieve greatness in the most difficult and prestigious events.

So, I have created a simple scoring system that, I believe, gives everyone willing to play numerous events – at any price point – a realistic shot of competing for POY, while still respecting the difficulty of winning high-stakes tournaments against the best players in the world.

Proposed WSOP Player of the Year Base Scoring System

In my opinion, the main goal at the WSOP – other than making money – is to win bracelets. As such, I believe that the POY scoring system should heavily reward those who win titles, and make it to final tables. I also believe my proposed point system does just that.

There are a few stipulations to the formula I have chosen. First off, as mentioned earlier, we’d only count the 10 highest point scores for each player. Also, each player must cash in at least 10 events – any events – to contend for Player of the Year. The only exception is if a player wins three or more bracelets. In that case, which is rare, that player would be eligible based on the total points he or she earns.

Players should, in my opinion, only benefit in the POY chase from deep runs, final table appearances, and titles. It’s really not all that impressive to min-cash in some low buy-in donk fest.

I know because I’ve cashed in two of the three WSOP tournaments I’ve entered, and I’m not a tournament specialist by any means. It was easier to cash in those events than it is in the soft, daily tournaments in Las Vegas, which I occasionally play. It is, however, quite an accomplishment to actually win these low buy-in WSOP events. Thus, I believe only deep runs in the softer events should be rewarded when it comes to POY.

Now that I’ve explained my proposed POY scoring formula, I’d like to show you some examples so that you can visualize this whole thing.

Let’s use Hossein Ensan as the first example. As you probably know, Mr. Ensan won the 2019 Main Event for $10 million. Using my scoring system, he would have earned 18.5 total points for that historic performance (5 points for finishing in the top 1%, 8 points for winning the Main Event, 2 points for cashing in the Main Event, and 3.5 points for making the final table), the highest points total possible for any World Series of Poker event.

For my next example, I’m going to compare the top two finishers in the 2019 POY race – Daniel Negreanu and Robert Campbell. “Kid Poker” scored 4,074.88 points to win by 113.57 points. Let’s see how these two would have fared using my scoring system.

Using my formula, Campbell would have topped Negreanu. And, really, he probably deserved the POY over DNegs. Sure, Negreanu cashed in 24 events compared to 13 for the actual runner-up. But, the purpose of my proposed scoring system is to reward quality over quantity. Campbell won two bracelets and Negreanu didn’t win any, so I believe he was a more worthy POY.

I prefer a system that would make it extremely difficult for a non-bracelet winner to become Player of the Year. Using my formula, it would take special circumstances, such as three or four runner-up finishes and a few other final table appearances, to be in contention. And, I’m quite fine with that.

Ask Tom Brady if he cares more about the 16 AFC East division titles he’s won as the quarterback of the New England Patriots or his six Super Bowl rings.

I agree, points should be taken away for rebuys.

Nice work on trying to figure out an alternative method. I take issue with arbitrary point methods where points are awarded by some human scale. Rather I would prefer letting pure math solve the problem. A buddy and I have spent 4 years on this and have now the “perfect” formula for a POY ranking. Our method had Deeb winning in 2019 with Sammartino 2nd and Cambell 3rd and Negreanu 4th. We had Hallaert first in 2017 over Ferguson. As you said, Ferguson did not have a lot of quality cashes. We also had Hellmuth #1 over Scheinder in 2007 and Mizrachi over Kessela in 2010. And Hastings over Gorodinsky in 2014. Other than that, our method matched WSOP method.