The WSOP isn’t commenting on an alleged armed robbery that took place in the Rio parking lot Monday morning before sunrise. Las Vegas police are investigating, and poker players are decrying what they claim is inadequate security. 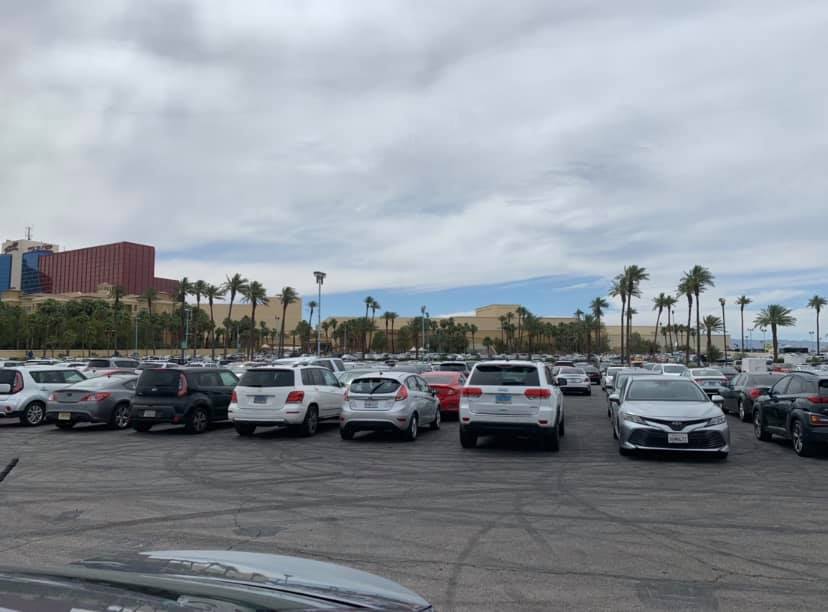 Be careful when carrying cash in a massive parking lot such as at the Rio. (Image: CardsChat News)

Poker player Joe Salvaggi outlined his story in a Twitter thread. He said he was playing an uncapped $2/5 game in the Rio poker room, and he cashed out with about $4,000 in chips and $500 in cash, which he threw into a backpack that held additional big chips before heading to his car in the parking lot at about 4:05 am.

Just got robbed at gunpoint at @wsop Pavilion parking lot of the Rio.Guy jumped out of car in camouflage, shoved a gun in my face and demanded my backpack with thousands in it and the keys to my car. scariest moment of my life #wsop2019 #wsop @CaesarsEnt retweet for awareness.

While Salvaggi received support and expressions of concern from his fellow poker players on Twitter, many added their own tales of security fears experienced in the Rio parking lot, and were quick to criticize the WSOP.

Greg Merson, 2012 WSOP Main Event Champion, referred to the lack of security at the Rio as a “joke,” and pointed out that the parking lot has been even less safe since the WSOP got rid of valet parking two years ago:

Been worried about this for years and lack of any security out there as absolute joke esp when they got rid of valet, just hang people out to dry.

The Rio Convention Center parking lot is massive. Thousands of poker players park in that lot every day during the World Series of Poker. But while cameras hang overhead scanning the width of the parking lot, there are few visible security personnel outside, which makes some poker players claim to feel unsafe.

The official WSOP Twitter account offered a quick response about available security options, and attempted to correct the record amid claims that the Rio had no security patrols in the parking lot.

Reminder: WSOP offers security escorts to our parking areas to any guest who requests one. Please contact the nearest yellow-shirt security officer in WSOP areas. We also have safety deposit boxes for use in WSOP cage, as well as wire transfer and check as payment methods.

There is and patrols, always have during WSOP.

Salvaggi shared additional details of the incident, and said the Las Vegas Metro Police Department is on the case. However, he says, police informed him that “it could take weeks.”

He gave a description of his attacker as a middle-aged white male with a beard.

No suspect has been arrested and video surveillance appears to be a bit sketchy. After first reviewing film of the robbery, investigators told the poker player they were searching for additional footage, perhaps hoping to find a clearer glimpse of the suspect.

This was not a random Occurance. The police told me they have evidence via film that I was targeted and followed out of the Rio. There is no possible way they cannot get facial recognition of this guy. Or atleast a plate. Why even tell me I was followed if u can’t track him???

WSOP staff members say they always have taken player security seriously, but weren’t able to say much more about the incident while a police investigation is underway.

“I have no comment until the robbery has been verified,” Caesars VP of Corporate Communications Seth Palansky told CardsChat News. “We don’t deal with anonymous claims.”

While many of the "robbery" reports each year at Rio are phony or actually drug deals gone bad, there's also a lack of real security in the parking lot at night. This really should be addressed. It is impractical to just tell everyone to get escorted.

To be clear, Palansky wasn’t accusing Salvaggi of making up a story. He simply cannot share much with the media until an investigation provides more clear details.

I hope we players can all agree that safety is an important thing.

I hope @wsop @RioVegas also agrees and is willing to up security on the property for the next few weeks.