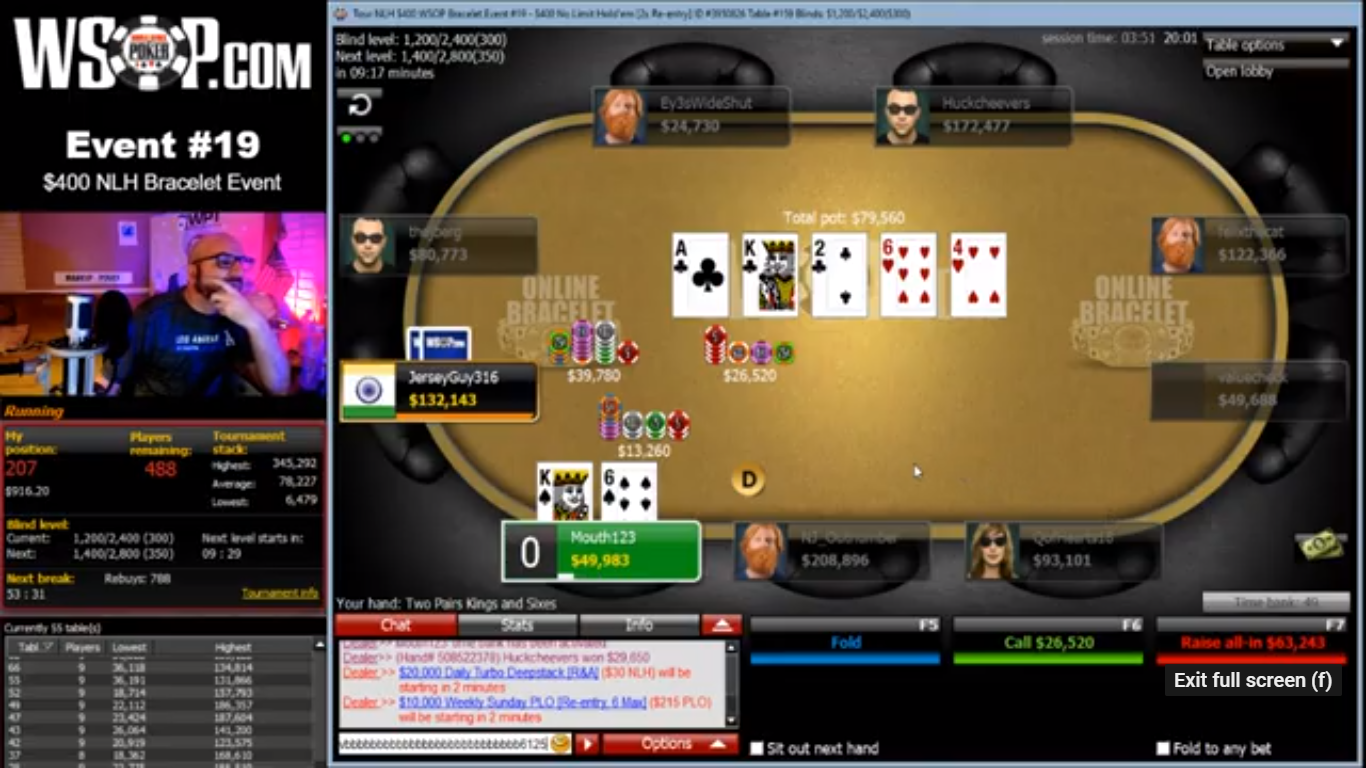 Matusow live-streams his play on YouTube during the series, and his streams attract hundreds, sometimes thousands, of viewers each day. In the $400 NLH event, he spent much of the time belittling opponents, mumbling under his breath, swearing, and complaining about bad beats and poor runs of cards.

He was eliminated in 88th place when he shoved 12 big blinds in late position with A-9 suited. The button, who had a larger stack, woke up with pocket kings. The board ran out dry for “The Mouth,” and he angrily busted, slamming the table in disgust. But at least this time he refrained from threatening violence on any of his opponents.

Matusow was one of 1,756 players who were unable to outlast Huynh.

Almost exactly 365 days ago — July 21, 2019 — Huynh won $69,801 for fifth place in a $2,500 Borgata Summer Poker Open championship event. At the time, it was his only five-figure score and worth more than half of his overall live tournament earnings.

Matt Berkey (“Berkey_11_S4Y”), another WSOP Online Bracelet Series YouTube streamer, also cashed on Sunday, a 75th-place finish for $1,465. The outcome was a bit disappointing for Berkey, given that he was among the chip leaders for quite some time.