The 2020 WSOP Main Event likely won’t take place in Las Vegas due to COVID-19. But that won’t stop us from looking back on one of the most outlandish moments in the tournament’s 50-year history. On Day 1 last year, an apparently intoxicated player was disqualified for removing his shorts during a hand and then throwing his shoe at the dealer. 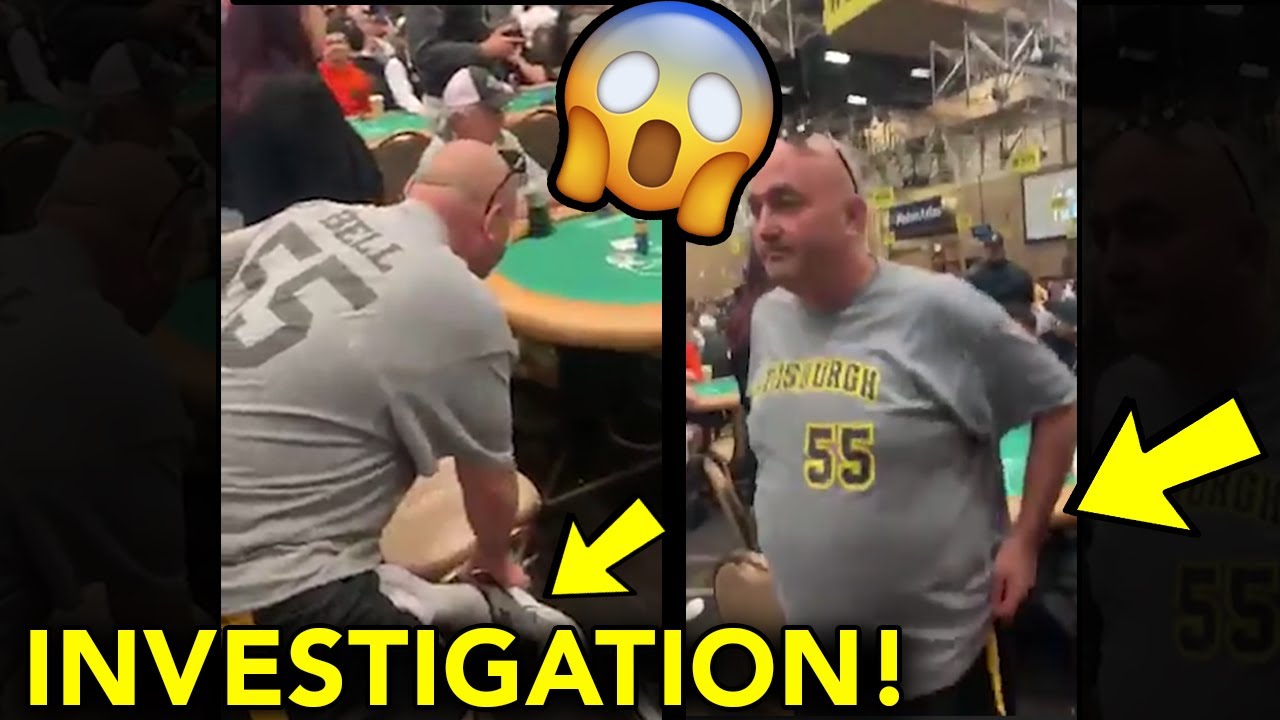 Ken Strauss entered the world championship poker tournament just like everyone else. He took $10,000 in cash to the cashier’s cage at the Rio in exchange for 60,000 in tournament chips. But his exit from the event was unlike any other.

He didn’t lose with pocket aces to some donkey who called off a stack with seven-deuce. Nor did his top set get cracked by a runner-runner straight draw. Strauss went out with his pants down. Literally.

Hossein Ensan worked his way through a near-record field of 8,569 players to win the 2019 WSOP Main Event for $10 million. But that may not have been the most memorable moment from the tournament. Strauss’ behavior on Day 1 takes the cake.

The player in question moved all-in and then proceeded to stand-up from his seat while his opponent pondered the decision to call or fold. Apparently growing impatient, or possibly severely intoxicated, he decided, for some odd reason, to drop his shorts and exposed his genitalia to the hundreds of players inside the room. As if that wasn’t enough embarrassment for the poker player, Strauss then removed his shoe and threw it at the dealer.

Uhhhhhh what is going on at the #WSOP main event??? Player shoves blind, drops his pants, then throws his shoe on the table 😂 😂 😂(video via @blattsmullet) pic.twitter.com/oHGk5pjlnJ

His chips were removed from the table and he was disqualified from the event with no refund. But he wasn’t finished for the night. Later that evening, he headed about a mile away to the Luxor on the Las Vegas Strip for a repeat performance.

Oops, He Did it Again

The exhibitionist proceeded to stand on a craps table at the Luxor and again exposed himself to the unsuspecting crowd. He was arrested this time around.

Strauss apologized on Twitter for his behavior and said this was his first incident and promised it wouldn’t happen again. But, low and behold, a few months later he found himself in hot water again. This time, he was in serious trouble.

In late July of last year, just days after the WSOP Main Event, Strauss was arrested on charges of domestic terrorism. The WSOP flasher from Pittsburgh made some apparent violent threats on Twitter directed towards Las Vegas casinos.

“Shootings are taking place all over Las Vegas. Please leave me alone @VenetianVegas I have no place to go currently. And all Casinos that have me banned will be destroyed effective immediately. And @Rio, get my belongings together immediately when @POTUS declares safe I’m going,” Strauss (@kpittboy) wrote.

Strauss was indicted in charges of domestic terrorism. He was ruled incompetent to stand trial in October by a Clark County judge, and was sent to a mental facility.