World Series of Poker (WSOP) flasher Kenneth Strauss probably won’t be exposing himself to the general public for much longer after a grand jury indicted him on terrorism charges. 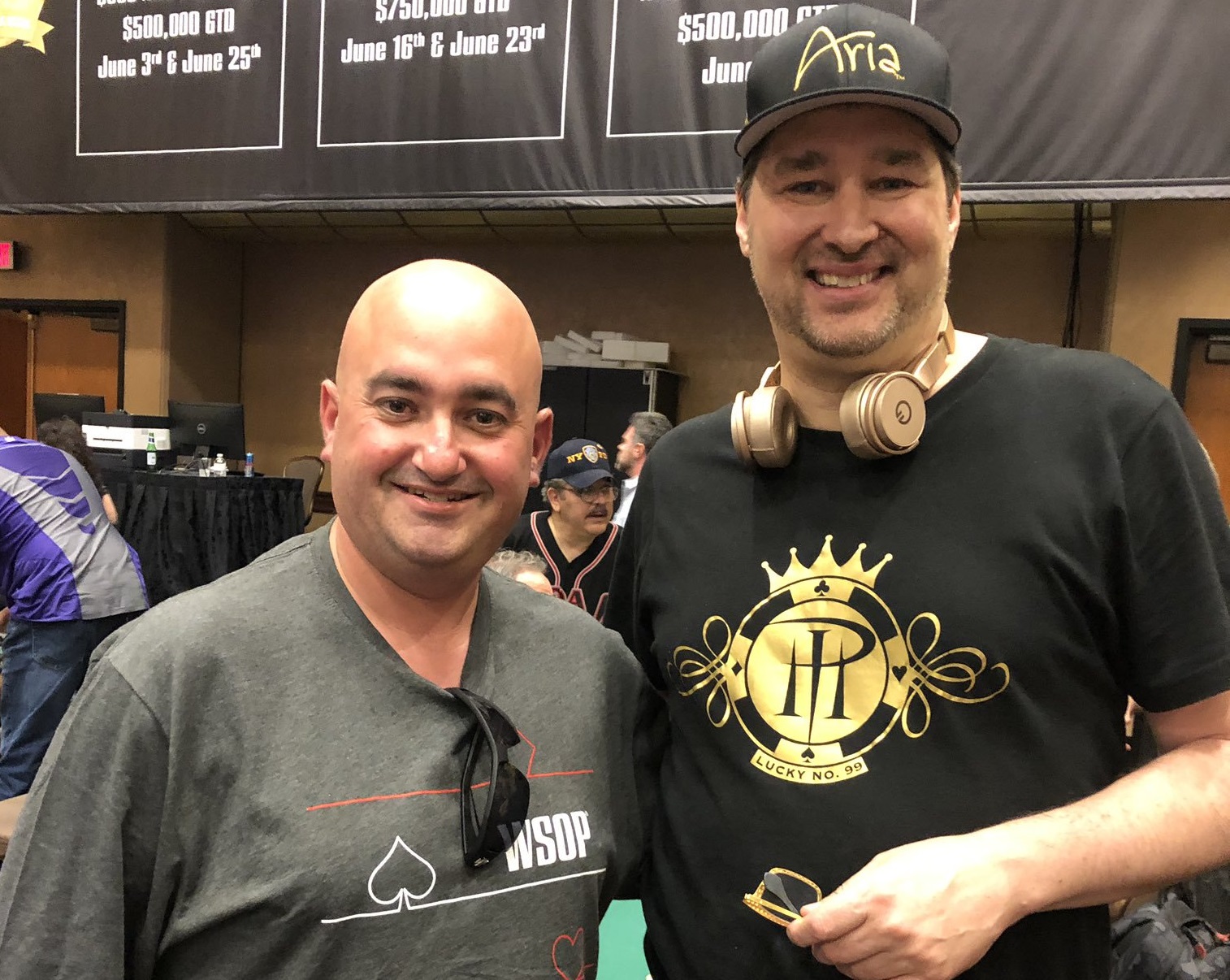 Kenneth Strauss, seen here with Phil Hellmuth at the 2019 WSOP, has been indicted on charges related to terrorism. (image: Twitter/kpittboy)

Following his seemingly unhinged antics this summer, the 45-year-old is now being held in custody following a court hearing on Aug. 29.

In light of tweets made prior to his arrest, the grand jury indicted Strauss on one count of making threats or conveying false information concerning an act of terrorism.

Strauss Exposes Himself to Terrorism Charges

Reviewing the case, Clark County Chief District Court Judge Linda Bell ordered Strauss be held on a $150,000 bond before he appears in court in September.

Uhhhhhh what is going on at the #WSOP main event??? Player shoves blind, drops his pants, then throws his shoe on the table ? ? ?(video via @blattsmullet) pic.twitter.com/oHGk5pjlnJ

For the poker community, Kenneth Strauss hit the headlines in July by making one of the more unusual plays at the WSOP. At the time, dropping his pants after moving all-in seemed like nothing more than drunken horseplay.

Although tournament officials were quick to remove Strauss from the $10,000 Main Event, it was an amusing break from the norm.

However, it later transpired that wasn’t the end of his antics. On July 23, he warned Las Vegas locals not to visit the MLB ballpark because there “won’t be any games” as it’s his “time” to become a legend.

Alongside that incoherent tweets, it was an assumed threat that landed him in jail. Ranting on Twitter, Kenneth Strauss demanded to be left alone and implied there could be violent repercussions if he wasn’t.

After posting a $20,000 bond, the American was back in the firing line on Thursday. Addressing the allegations, Judge Bell described Strauss’s actions as “extraordinarily concerning.”

Regardless of where the incident took place, the tweets would have raised alarm bells. However, with Las Vegas still reeling from a mass shooting in October 2017, Strauss couldn’t have picked a worse place to air his views.

“The state has concerns when you look inside the profile being similar to the Oct. 1 profile,” said prosecutor Thunell.

With emotions still running high and a questionable sequence of incidents prior to the tweet, Strauss could be facing a lengthy spell in prison.

However, for the poker community and the general public at large, that may prove to be a positive.

Is this story real? I ask because i have practiced law for 28 yrs and i can tell you judges do not indict anyone. Grand juries indict people. Also indictments do not have bond cobditions in them.

Hi James, the story is real. Thanks for your comment. We’ve updated the text as it wasn’t clear that the indictment came from a grand jury – the judge ordered he be held on bail. Thanks again.