Due to COVID-19, the annual $1,000 WSOP Ladies event is out this year. But the world’s largest women’s poker organization — the Poker League of Nations — is keeping the fire burning. On Saturday, PLON members are eligible to compete in a PokerStars freeroll, and the winner will receive a sterling silver bracelet from Tiffany & Co. 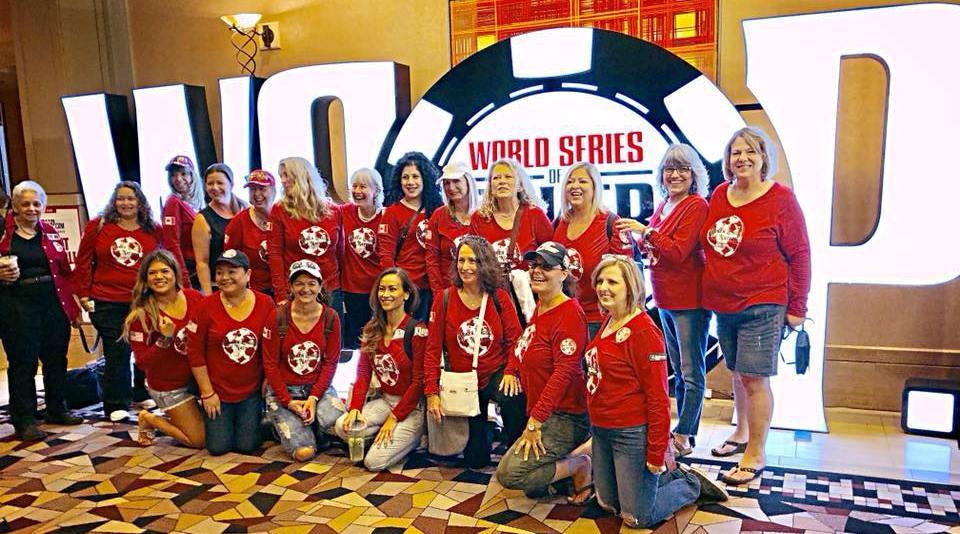 Poker League of Nations members at the 2019 World Series of Poker. (Image: PLON)

The coronavirus forced the postponement of the 2020 World Series of Poker in Las Vegas. However, an online bracelet series, with 85 bracelet events, kicks off July 1 and runs until Sept. 6. Play begins on WSOP.com with the first 31 tournaments, and then switches to GGPoker for the final 54.

The live poker series postponement deprives the poker community of some of its most important tournaments. That includes the Main Event, $50,000 Poker Players Championship, two seniors events, and the $1,000 WSOP Ladies event, which helps promote women in poker.

With the WSOP Ladies event on the shelf this summer, PLON is hosting its own online women’s tournament, but this one is a freeroll. The tournament, hosted on the PokerStars private home games app, begins at 10 am PT on Saturday.

“When the original Ladies Week Calendar was fast approaching, we saw many yearnings from our members for poker tournaments,” PLON founding ambassador Jacqueline Britton told CardsChat News. “We rallied our team to provide an Online Championship for our ladies so that they could have an opportunity to play. In order for multi states and countries to play, we had to make it a freeroll with sponsored prizes.”

Helix Poker, RunGoodGear.com, Poker Rabbit, Tiffany & Co., and ShopWPT are among the companies sponsoring prizes for those who cash.

The WSOP Ladies event has an intriguing history that many new-school players might not be aware of. Most from the younger generation of poker players know of it as a $1,000 annual no-limit hold’em tournament. But NLH is actually only the more recent poker variant played. And some familiar faces have won the bracelet event over the years.

From 1977-1999, the WSOP Ladies event was a seven card stud tournament. In 1977, Jackie McDaniels won the inaugural event, a $100 buy-in tournament at the time, for $5,580. The event took off from there. One of the most notable winners over the years is Poker Hall of Fame member Barbara Enright, the only woman to reach the WSOP Main Event final table (1995).

Jiyuong Kim is the defending champion, having shipped the bracelet last summer for $167,308.

The WSOP Ladies event each year, and the other female-only tournaments in Las Vegas that are hosted that same week, are important to the growth of the game. Women represent only a small portion of the poker community. In the Main Event, for example, females represent approximately 4% of the 7,000+ player field each year.

“Ladies events provide a pathway into open events,” PLON founding ambassador Jeannette Mendez said. “Some women find it intimidating to play in a field of men due to the historic disparage in representation. We’ve seen a parallel growth in female participation in open events as female led poker organizations such as PLON disburse resources to women.”

“A sisterhood not found in other tourneys,” she said.

PLON ambassador Lavonne Zwart Schaafsma also told a personal story. She first competed in the WSOP in 2016 and dreamed of winning her first bracelet but the poker gods had other plans for her.

“I will never forget the hand I busted in,” she said. “I had pocket nines on an A-10-9 flop and moved all-in with my rather large stack, and I got called by A-10 and the turn and river cards were both 10’s.”

Dreams crushed, but a lesson about how cruel this game can be learned.

“Ladies’ events are great for comaraderie and developing confidence and comfort in playing live tournaments,” PLON ambassador JoLene Krawczak quipped. “They are an excellent stepping stone for women who want to play in open events. I know that playing my first WSOP tournament in the Ladies Event really helped me learn – in a comfortable environment – what I needed to do before I moved into open events. When I did play a WSOP open event, I was much better prepared and self-assured.”

PLON’s Canadian ambassador, Louise Jean, believes that ladies-only events are “extremely important for the future growth of poker.” She argues that tournaments such as the WSOP Ladies event give women a “safe place to start learning” the game.

Players interested in competing in the PLON freeroll on Saturday must be members of the group and download the PokerStars.net app.