The Dealer Did What? More Tales from the WSOP

While the general sentiment seems to be that the overall quality of dealers at the World Series of Poker has improved this year, with a pay bump helping the cause, players are still encountering situations that are leaving them shaking their heads. 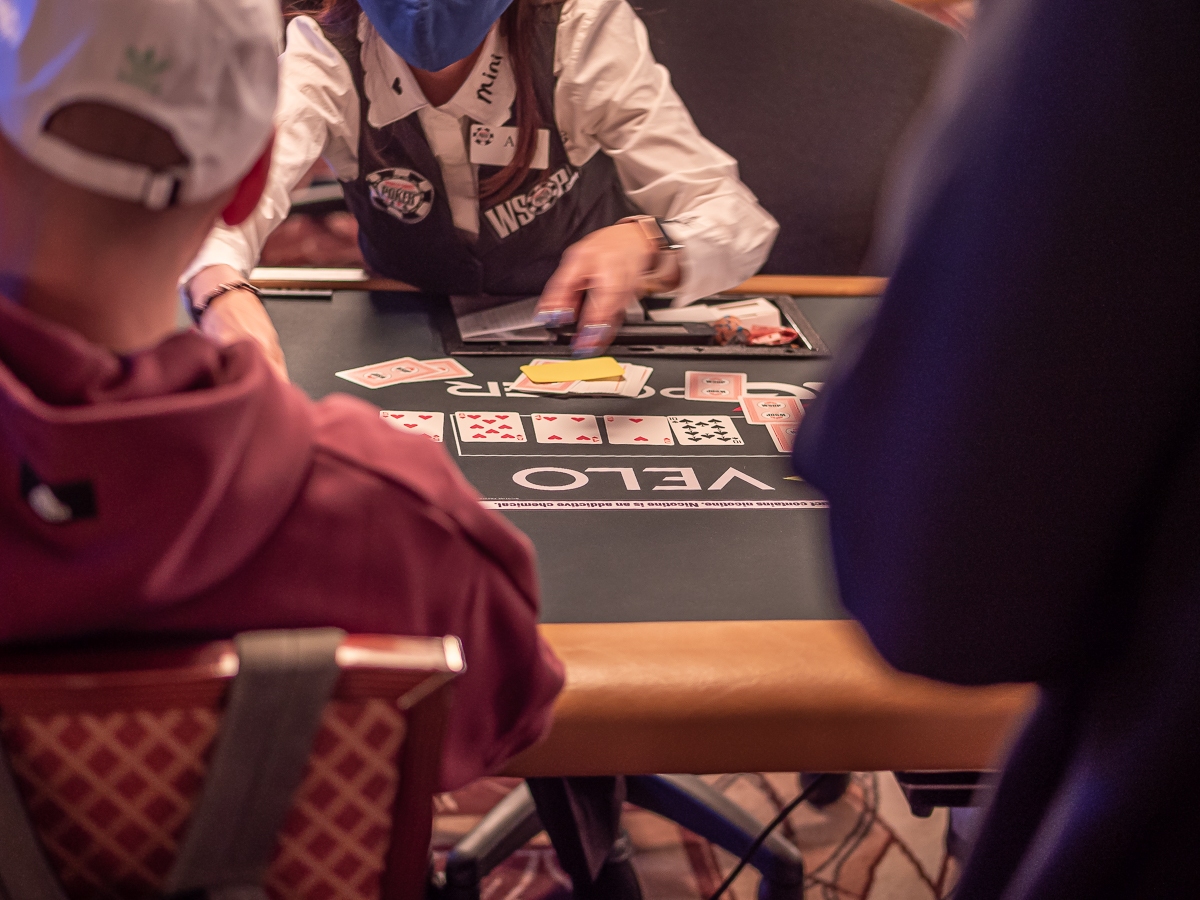 The incident in which a dealer took all of the chip stacks during a break and restacked them as if preparing for the tournament to start anew has already been well-documented, but here are some more tales from the WSOP you may have missed.

At my starting table for the Housewarming event, the dealer prepared for the start by spreading the deck and counting the cards. He couldn’t find the ace of spades and alerted a floor supervisor. The supervisor came over and angrily pointed out that the card was still sitting in the rack. She became enraged when she spotted jokers from the freshly opened deck also sitting in the rack.

“You’ve got to throw these away,” she chided.

The jokers got tossed and we avoided adding a new wrinkle to the No-Limit Hold’em tournament.

In the next day’s $600 Deepstack event, a handed ended after one player bet and their opponent folded. But the dealer remained inactive as he listened to the tournament supervisor announce a level change and the amount of the increase in the blinds and the big blind ante.

We snapped the dealer to attention. “Oh, sorry,” he said, startled, as he left the chips in the middle and pushed the deck to the winning player.

“You won the deal,” I quipped.

Later in that same tournament, we had a dealer I recognized, having seen her in past years. It surprised me, then, that she experienced so much trouble keeping up with the pot and making proper change. Most of us remained patient with her, but one player kept giving her a hard time. Of course, he just happened to sit in Seat 1 so he could jaw at her from inches away.

During a break, and before Seat 1 returned, the dealer told us she hoped he would bust out. When play resumed and the jawing continued, she actually told Seat 1 that comment to his face. We nearly had to call a floor supervisor over to calm the dealer and player down.

The lesson here? Being nasty to dealers serves no purpose. We can laugh about their mistakes and correct them in a gentle manner.  That one green dealer may have left the jokers in the tray, but he also took his time to make sure he got the action right rather then rush through and make mistakes.

Taking your frustration out on dealers is more likely to cause them to make more mistakes, and could result in you getting a timeout from the tournament.

Know of any interesting dealer stories that we missed? Let us know in the comments.

I’m in the big blind. Everyone folds, including the small blind, so I get a walk. Dealer patiently waits for me to announce my action. I say, “I’m all in” (about 75bb). Dealer tosses out the All-In button and keeps waiting for … something? Finally realizes I’m the only one in the hand and pushes the pot. He got as red as a $5 cash game chip.

Early WSOP event: floor announced the removal of seats three, six, and nine, as it was a six-handed event. Hours into the tournament and several dealer rotations later, an incoming dealer to the table inquires, “why is the deck so light?” Turns out the first dealer had REMOVED all the threes, sixes, and nines from the deck. The table had been playing for hours with a light deck. Ouch.