Jason Mercier is the latest poker pro to sit at the table with the multi-bracelet winners. Scooping his third WSOP gold on Wednesday, Mercier was nevertheless not the biggest cash winner of the day: that honor went to neophyte World Series moneymaker Perry Shiao. 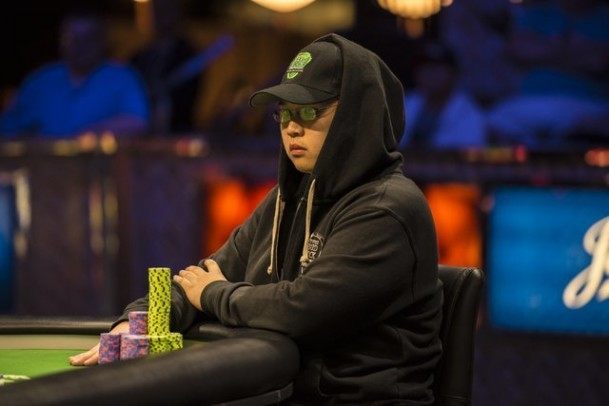 The World Series of Poker wrapped up four different events on a very busy Wednesday, including one that saw one of the world’s most successful tournament players add another WSOP title to his resume. But we begin in the Monster Stack event, where an unlikely winner topped a surprisingly tough final table to win a monster prize.

Perry Shiao had never made the money in a WSOP tournament before in his life. In fact, the poker dealer from Florida had only ever played in one other event at the World Series, that being the Millionaire Maker a week earlier.

But Shiao’s trip out to Las Vegas was absolutely worth it. The WSOP rookie came out on top of the 7,192-player field to win $1,286,942 and a hard-earned bracelet.

In the process, Shiao survived a final table that included two former WSOP bracelet holders. Hoyt Corkins, a two-time winner, had been among the chip leaders for days before falling into ninth place, while Asi Moshe made it all the way to third, but came up just short of his second bracelet. Shiao then defeated Canadian Eric Place in heads-up play to clinch the title.

“I came out here to chase the dream,” Shiao told WSOP.com after the tournament. “My birthday was the first day this tournament started. I couldn’t have given myself a better birthday gift.”

In contrast to Shiao, Jason Mercier has more WSOP experience than most players will accumulate in a lifetime. Mercier has over 40 career cashes at the World Series already, and he can now call himself a three-time bracelet winner as well. 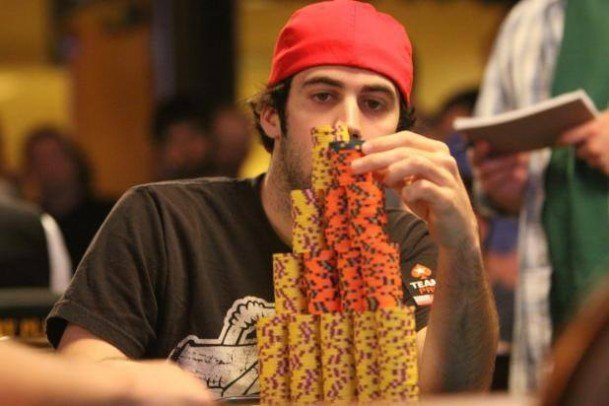 Mercier outlasted a field of 550 players to win the $5,000 No Limit Hold’em Six-Handed event, winning $633,357. The victory was an important one for Mercier, who had so far been struggling at this year’s WSOP.

“I was really down on myself,” Mercier said after his win. “I was getting beat up in cash, busting every tournament. This is the first tournament I made Day 2 of. It feels really good just to go deep, make the final table, and to win is just the cherry on top.”

With a high buy-in and a six-handed format, this tournament drew a lot of pros, many of whom made deep runs. Mike Gorodinsky continued his excellent WSOP by finishing in third place (his second final table and fourth cash of the summer), while Jorryt van Hoof, Tuan Le, and Jenifer Tilly all finished in the top 15.

Other than in high-limit cash games, there aren’t too many players who have played a lot of Deuce-to-Seven Lowball in their lives. But Benny Glaser is one of the rare exceptions, and he rode his experience with the game to a victory in the $1,500 Limit Deuce-to-Seven Triple Draw event.

“This is one of my very best games,” Glaser told WSOP.com. “I play it all the time, mostly online. So, I wasn’t surprised to win the bracelet in this event. In fact, I thought this one gave me the best chance.”

Given the somewhat obscure nature of the game, it was no surprise to see many notable names reach the late stages of the tournament. And in the end, Glaser had to battle Brock Parker in heads-up play, with Parker looking to win his fourth career bracelet.

Parker even came into the heads-up battle with a 4-1 chip lead, making his victory seem almost inevitable. But Glaser ran well to turn the tables, and it took just 45 minutes for him to finish off his esteemed opponent and earn his first WSOP title.

There wasn’t much play left in the $1,000 No Limit Hold’em tournament on Wednesday, as only two players returned to the Rio after the event nearly concluded on Tuesday night. It still took about two hours to determine a winner, but in the end, Franco Ivan Luca held on to defeat Artur Rudziankov and win a $353,391 prize.

The victory also came with Luca’s first WSOP bracelet, which was the first win in World Series history for a player from Argentina. And like Shiao, this was the first year Luca came to the WSOP, and this win marked his first-ever cash at the World Series.

“I took it very steady, one step at a time,” Luca said through a translator after the tournament concluded. “I built my bankroll. This was the first year I had enough money and confidence to take a shot at the WSOP.”

A field of 259 players turned out for the $10,000 No Limit Hold’em Six-Handed Championship, with 102 making it through to Day 2 of the event. At the end of the first day of play, Gabriel Andrade had grabbed the chip lead, with the UK’s Max Silver in second place.

Plenty of other notables are also near the top of the leaderboard, including Jake Cody, who sits in fourth place. Sam Greenwood, Chris Klodnicki, Martin Finger, and Bertrand Grospellier have also all bagged six-figure stacks, putting them in solid position to make a run for the $657,351 top prize.

Just 32 players remain in the $1,500 Split Format Hold’em event, with Jonas Christensen leading the way heading into Day 3. The players will now compete in heads-up matches until the field is reduced to the final table of eight.

In the $3,000 H.O.R.S.E. event, Joshua Turner has the lead with 29 players still alive heading into Day 3. There’s no shortage of talent in the remaining field, with David Benyamine, Allen Kessler, John Racener, Daniel Idema, Joe Hachem, Dan Kelly, Mike Leah, and Ted Forrest among those in the hunt for the bracelet.

At the end of one day of play, just 140 players out of an initial field of 978 are still alive in the $1,500 Pot Limit Omaha tournament. Greg Genge has the Day 1 chip lead, with Noah Schwartz, Alex Kravchenko, and Max Pescatori among the early leaders.

Only the $3,000 H.O.R.S.E. tournament was scheduled to end today, and with 29 players remaining in the field, it’s pretty questionable whether that event will actually conclude on Thursday. With two more events being added to the schedule, that means a total of six tournaments could be going on simultaneously by the end of the day.

First, at noon Pacific Time, we have another No Limit Hold’em tournament starting up, this time at the $3,000 buy-in level. That will be followed at 4 pm PT by a $1,500 Ten-Game Mix event, which offers the same game mix as the $50,000 Poker Players Championship, but at a much more affordable price.

Jason is a genius! For a 1 month: 2 SCOOP bracelets and WCOOP winner – unbelievable!