It’s WSOP Day 17, and three players have won their first-ever World Series of Poker gold bracelets and the impressive cash that goes with it. 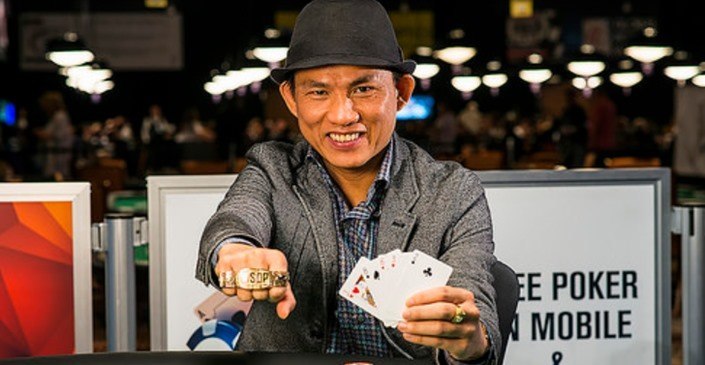 Christian Pham was one of two Americans and three players overall who won their first WSOP bracelets on Thursday. (Image: WSOP.com)

Christian Pham came back to play out the end of the $1,500 No Limit Deuce-to-Seven Lowball event on Thursday with just three players remaining and a slight chip lead. After a two-hour heads-up battle against Daniel Ospina, Pham vanquished his opponent and earned his first bracelet, along with $81,314.

For Pham, the win was extraordinary, not just because it came at the WSOP, but because it was a game he had never played before. In fact, Pham meant to register for a $1,500 Hold’em tournament, but instead entered an event in a wholly unfamiliar form of poker.

“They had started dealing already, so I couldn’t do anything,” Pham told WSOP.com of how he learned he was in the wrong tournament. “If they had not started dealing, I would have told the floor man and asked to be unregistered.” 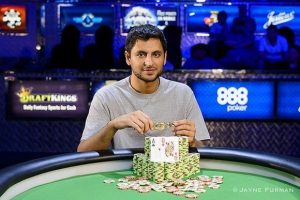 It’s safe to say that Ben Zamani knew a little about No Limit Hold’em before registering for the $1,500 buy-in event in that discipline earlier this week. In fact, just last week, Zamani finished second in a similar event, the $1,500 No Limit Hold’em Shootout.

But this time, he did one better. Zamani beat out 1,844 players to take home his first gold bracelet and win $460,640. While this was his 14th career WSOP cash, it marked Zamani’s first World Series victory.

In heads-up play, Zamani was facing off against Natasha Barbour, who was hoping to become the first woman to win at this year’s WSOP. But Zamani picked off a complete bluff by Barbour on the final hand, calling with trip aces when she had moved in with ten-high to finish off Barbour, who took home $284,911 for second place.

Sam Greenwood also won his first bracelet on Thursday, as he finished strong to secure the $1,000 buy-in No Limit Hold’em tournament and win $318,977. Greenwood became the first Canadian to win a tournament at this year’s WSOP.

Greenwood finished off his victory by beating Cole Jackson in heads-up play, making trips on the final hand to leave his opponent drawing dead.

As one who regularly plays in high roller events but considers himself a “poker enthusiast” rather than a professional player, winning was just a matter of everything going right for him on the felt, Greenwood said.

“Things really worked out for me tonight,” he told WSOP.com. “I won most of my pre-flop all-in raises, my made hands got paid off…that’s what it takes to win one of these.”

Speaking of Canadians, Mike Watson has grabbed the lead in the $1,500 H.O.R.S.E. tournament with just 31 players remaining in the field at the end of Day 2. Watson has 32 WSOP cashes in his career, but he’s still seeking his first ever bracelet.

To win the title, he’ll have to survive a minefield of some of poker’s top players. Remaining in the field are notables like David Lei, Ted Forrest, Brandon Cantu, and none other than Phil Hellmuth, though the Poker Brat has one of the shortest stacks and would have to do a lot of work to win bracelet number 15 in this event.

Kenney Out in Front in Stud Championship

The Seven Card Stud Championship drew one of the smallest fields of the summer, with just 91 players taking part in the $10,000 buy-in event. At the end of the first day of play, Bryn Kenney leads the field of 51 remaining contenders vying for a $239,518 first prize.

It almost goes without saying that a field that small is going to have plenty of notables in it, and some of poker’s biggest names are near the top of the leaderboard. Brian Hastings is currently in third, while Daniel Negreanu sits in fifth place. Others like Mike Gorodinsky, Frank Kassela, Bertrand Grospellier, and Huck Seed aren’t far behind.

After two days of play in the $5,000 No Limit Hold’em Eight-Handed event, Tyler Cornell has the lead with a little over 1.4 million in chips. He’s one of just two players over the million chip mark, the other being Dan O’Brien, who is sitting comfortably in second place.

Among the 23 players remaining are several names that have popped up on plenty of leaderboards this year, including Anthony Zinno, Shaun Deeb, Joseph Cheong, and Jonathan Jaffe, all of whom are in the top ten of the standings heading into Day 3.

Meanwhile, 1,293 players turned out for the $1,000 Pot Limit Omaha tournament, building a very impressive prize pool of more than $1.1 million for a non-Hold’em event. The money bubble broke late in Day 1, and Mo Khan will lead the remaining 129 players into Friday’s Day 2, while John Racener, Mike Leah, Allen Kessler, and Greg Merson are still in contention. 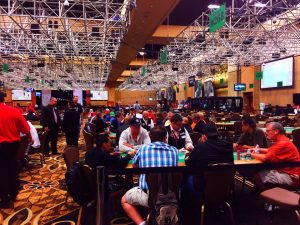 Friday and the weekend will see more action at the Rio, including the aptly named Monster Stack. (Image: CardsChat.com exclusive)

It’s possible that Friday could end without any new bracelets being awarded, though the $5,000 No Limit Hold’em Eight-Handed tournament could potentially reach a winner late in the day. But even if it doesn’t, there will be no shortage of action at the Rio today.

That’s because Friday marks the start of yet another signature event for the WSOP, with the Monster Stack. This $1,500 tournament starts players with 15,000 in tournament chips, making it a popular choice for players who want to get more bang for their buck.

Expect one of the biggest fields of the year for the Monster Stack, which starts at 10 am local time in Las Vegas. Players can enter in either of two starting flights, with the second beginning on Saturday, after which the flights will combine into a single field for Day 2 on Sunday.