Poker pro Tim Burt played online at WSOP.com under the monicker “Trump 2024” in support of the current US president and, perhaps, as a subtle jab to own the libs. He’s now being forced to change it or discontinue playing due to the poker site’s new prohibition on politically charged screen names. 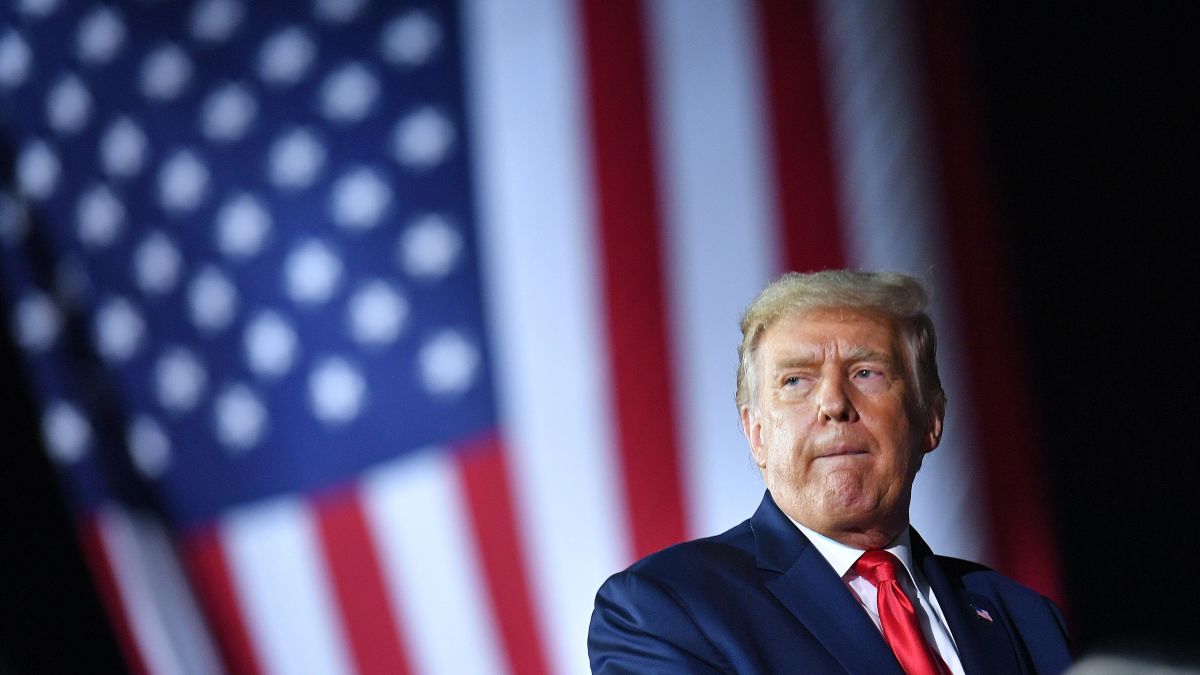 Does WSOP.com have it in for President Trump? (Image: CNN)

Burt took to Twitter to share an email he received from WSOP.com, owned by casino giant Caesars Entertainment,  informing him that his account had been closed due to his “offensive” screen name, which he says he had been playing under since 2016.

“Hey Player,” the email started out, “It’s recently come to our attention, that your username, could be seen as offensive to players at WSOP.com. This violates our terms and conditions and your account has now been closed. We therefore request that you provide us with three alternative usernames within the next 48 hours, ensuring that the new username is not objectionable.”

To be clear, Burt hasn’t been banned from the site, he’s just not allowed to play there if he doesn’t show up at the virtual felt as a politically neutral avatar. He said on Twitter that he isn’t interested in changing his screen name.

Burt’s account has been active for four years. He’s just now being forced to change his username. And some on poker Twitter are convinced this is an anti-Trump hit by a liberal poker community.

In his tweet sharing the news of his problematic screen name, Burt used the pro-Trump hashtag #KAG2020 and tagged Trump himself along with poker-playing right-wing political firebrands James Woods and Mike Matusow.

My screen name “Trump 2024” after 4 years has suddenly became offensive on @WSOPcom!!!! @RealJamesWoods @themouthmatusow @realDonaldTrump @JackEffel
🤨 I won’t be changing my name! Deal around me! #KAG2020 pic.twitter.com/01nKZ5gQlX

Is Burt being targeted simply because he’s a Trump supporter? Perhaps the insinuation that Trump might run for a third term four years ago was considered unAmerican? Not quite.

The official WSOP.com Twitter account responded, saying this is all due to a non-partisan update to the site’s terms and conditions, effectively banning all screen names potentially advancing political agendas.

Would his account have been closed if his screen name was “Biden2024” instead? According to the official WSOP.com on Twitter, the answer to that question is yes.

Specifically, we recently updated our username permissions to look for names that are political in nature (regardless of the party) in addition to names that are derogatory, offensive or misrepresenting. 2/3

“WSOP.com is dedicated to protecting the integrity of the game and providing a fun, safe environment to play online poker. In order to cultivate that type of environment, we have taken steps to avoid political agendas being displayed to players through usernames,” the first response from the poker site reads.

“Specifically, we recently updated our username permissions to look for names that are political in nature (regardless of the party) in addition to names that are derogatory, offensive, or misrepresenting.”

Burt said he received a phone call from someone at WSOP.com. The individual he spoke with apologized for using the word “offensive” in the email, and said they’re banning all political screen names, regardless of political affiliation.

“It was a good answer, but I’d like to review all the names playing one night & see what I find ‘offensive,'” Burt wrote.

Away from the felt, he’s a vocal Trump supporter. It won’t take you long to figure that out if you scan his Twitter profile. Burt’s had a few issues with WSOP.com in the past. Twice in July, he was unable to log into his account due to technical reasons and took to social media to voice his displeasure with the site.

As long as it’s implemented equally across the board, they are perfectly within their rights. Reading through the twitter exchange, it looks like WSOP.com handled the situation and addressed it properly.

I’m grateful that WSOP and Caesars has narrowed my choices of hotels and gambling halls to visit in Vegas to anyone but Caesars.