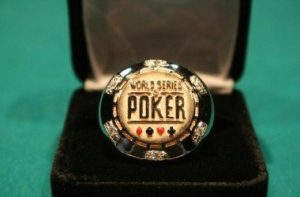 The World Series of Poker (WSOP) is going international by way of Italy, revealing a circuit event planned for September of 2015. (Image: pokerworks.com)

A WSOP Circuit Event is saying ciao (yes, it also means “hello”) to Italy for the first time, as it enters the country with a flourish.

The World Series of Poker (WSOP) is traveling to Italy, confirming this week that it will hold its first-ever event in the country, beginning September 16, 2015.

The tournament will take place at the Casino di Campione d’Italia on the shores of Lake Lugano, an Italian territory enclave in the Swiss region of Ticino.

The WSOP Circuit tour has historically been a domestic affair restricted to the United States, and the announcement signals a continued trend to bring more marquee poker events to the EU.

“The WSOP Circuit has always been confined to the States, but this year we decided to emigrate. The company’s strategy is to export the brand around the world,” WSOP Director of Events & Sponsorship executive Simone Ricci said.

Italy won’t be the only international locale on the WSOP Circuit in 2015, either; events are also planned for Morocco and Mexico, with the biennial WSOP Europe Main Event slated for Berlin.

The WSOP news comes on the heels of the EPT’s cancellation of its Deauville event in France. While poker enthusiasm remains strong in most European nations, regulations aren’t so favorable to operators on many fronts these days. From politics to high tax rates, the trend in live poker events in Europe seems to be shifting eastward.

The WSOP Italia event is appealing to the company for many reasons, but a leading asset to holding the tournament in Lake Lugano is its exclusion from the European Union’s value added tax (VAT).

The World Poker Tour recently announced a new partnership with Euro-Bet.com to host three events in Georgia, a sovereign country located on the Euro-Asian border free of elevated taxes and a complex political climate.

Former partypoker ambassador Kara Scott has also confirmed her new role with Tilt Events, a poker company based in Venice, Italy. The TV personality and her husband Giovanni Rizzo will help plan several events including the Venice Poker Festival in 2015.

The Casino di Campione, located in the tiny .06 square mile municipality wedged in between Switzerland and the northern Italian mountains, is one of the most beautiful places on Earth.

That’s why many of the most beautiful people in the world take up residences in the surrounding areas, including two who are rather synonymous with gambling. Ocean’s Eleven, Twelve, and Thirteen stars George Clooney and Brad Pitt both own estate villas in neighboring towns.

The 2001 heist remake raided nearly half a billion at the box office, giving Clooney plenty of extra cash to buy Villa Oleandra in 2002 for $8.57 million. The Lake Como residence, a 40-minute drive from the casino in Campione, was used in Ocean’s 12, serving as the mansion of Baron Francois Toulour.

Pitt and wife Angelina Jolie got in on the Italian real estate market later than Clooney, although in much bigger fashion. The A-list couple dropped $40 million on an 18,100 square foot villa in the Verona region of Valpolicella, a 140-mile drive to the WSOP Circuit event.

With both stars known to enjoy a game of poker from time to time, the WSOP can only hope a Clooney or Pitt sighting occurs during the event. We aren’t holding our breaths, but we can dream.

Brad Pitt could well show up for the tourney at Lake Lugano, which begins in a few weeks .I’ve don’t remember having seen any photos , but it sure sounds like a stunning place .