What was the loud thundering noise coming from the Rio around 1:25 am last night? It was 1,000 poker players cheering as one of their own became the dreaded Bubble Boy of the Main Event. 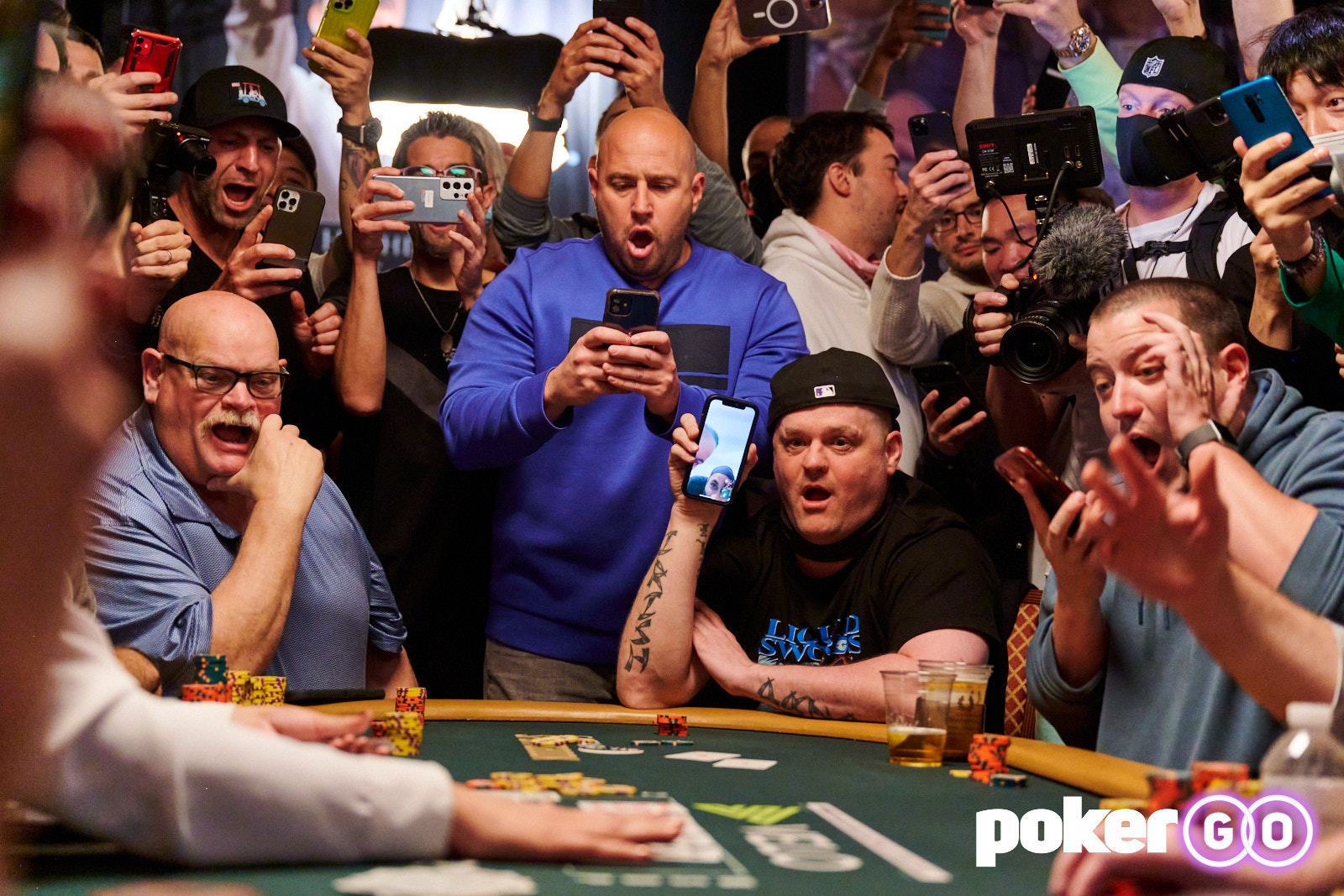 Kevin Campbell (3 seat, black shirt and hat) shows his disbelief as his pocket rockets get cracked on the river to send him home as this year’s WSOP Bubble Boy (Image: Enrique Malfavon/PokerGO)

It took a week, but Main Event players went into the money last night when Kevin Campbell’s pocket aces lost to A9. A nine fell on the flop and another nine on the river ignited the crowd. WSOP Circuit Ring winner Paul Mattioda was at the table and recorded the chaos for Twitter.

Guys… holy shit… the money bubble just burst in the wsop main event in the grossest fashion at my table.
On a side note this is a pretty surreal experience
Day 4 of the main event tomorrow guaranteed 15k playing for 8 million clams!!!! pic.twitter.com/Xfd8uSXDtd

Kevin Mathers has another perspective of the bubble bursting, too:

Here’s another view of the tension breaking thanks to Atanas Kodinov:

Campbell received an entry into next year’s Main Event courtesy of the WSOP.

Moneymaker, on the other hand, is running, as they say, very, very good. He’s near the top of the chip count with 1.7 million early in Day 4.

Day 4 continues Friday through level 20 when the blinds are 10K-20K. WSOP has updates here.