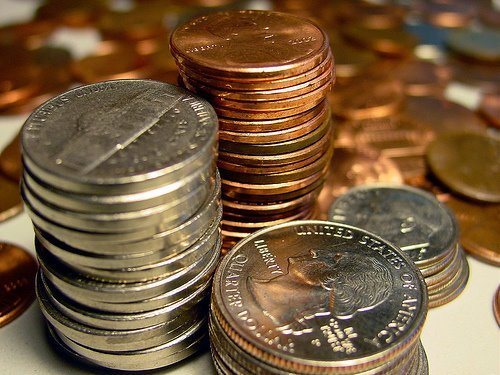 Chump change? The payout structure for the 22,000-person+ Colossus has some players seeing red. (Image: wtip.org)

Colossus came, he saw, he conquered. But apparently, he’s spreading his prize pool pretty thin, and not all the event’s players are thrilled with this news.

The World Series of Poker never goes perfectly smoothly: somewhere over the summer, there’s sure to be a controversial decision, a mismanaged tournament, or a divisive issue.

Most likely, there will be more than one of these before the WSOP ends, but we’ve already had our first: the moment the payout structure was announced for the Colossus.

In many ways, the Colossus proved to be an enormous success. According to a press release sent out by WSOP VP of Corporate Communications Seth Palansky, the tournament drew 22,374 official entries, making it the largest tournament in World Series history by nearly 15,000 (and the largest in live poker history by over 10,000, beating out the popular Mega Million tournaments at the Bicycle Casino in Los Angeles).

There were actually over 25,500 raw entries; the number came down as people unregistered from multiple flights, never showed up, or otherwise voided their entries. Every flight drew over 5,000 entrants, with the Saturday morning flight leading the way with 6,283 players participating, while May 30 set the record for the best single-day attendance ever with 12,172 players over the two flights.

The tournament also generated a prize pool of nearly $11.2 million dollars, from which 2,241 players will cash. And, for many players, this is where the problems with the Colossus begin.

Along with all of this information, the WSOP announced the top prize for the Colossus would be $638,880. While the winner isn’t going to be crying poor, that seemed extremely low to most players, as it represents just 5.8 percent of the overall prize pool, far less than the 20 percent or so offered to the winner of most tournaments.

According to players in the tournament at the time of the announcement, nearly everyone in the room was stunned by that total, with some thinking that perhaps the second place prize had been announced by mistake.

Others pointed out that the WSOP was taking far more in rake than the winner would be getting: nothing had changed about the organizer’s take, of course, but that comparison was one that struck a chord with some.

The WSOP attempted to defend itself in the aftermath, saying that it had used the same standard payout formula (the so-called “Golden Ratio”) that it had been using for virtually every event over the last several years. The only difference, the company said, was that there had never been a tournament with more than 22,000 runners before, and that caused the formula to offer less to the eventual winner than most players are accustomed to expecting. 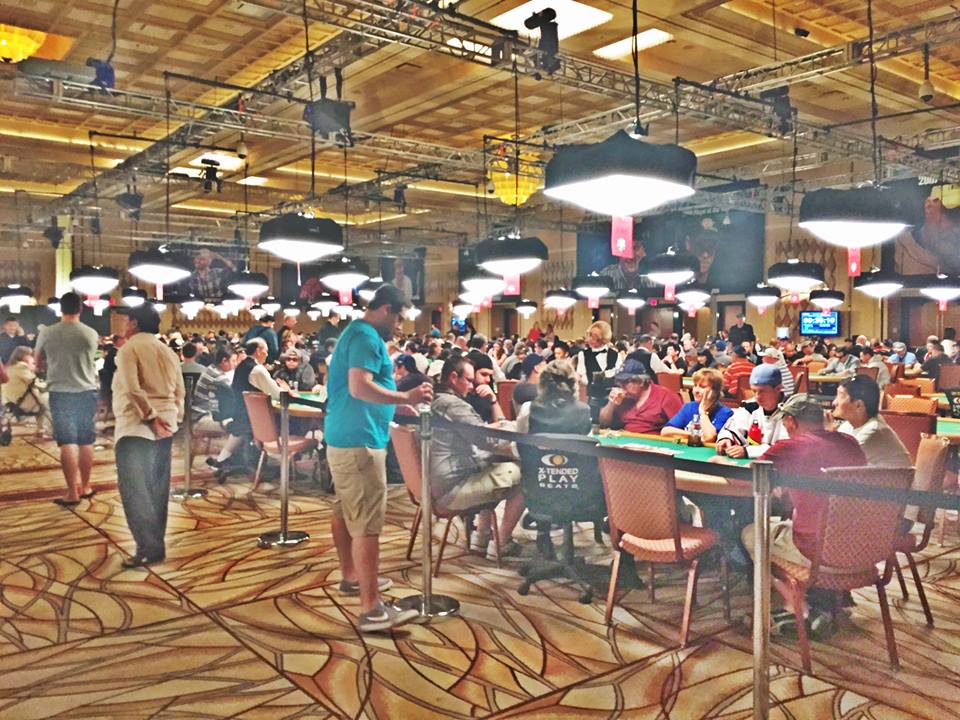 Many players were less than thrilled when they heard that first in the Colossus wouldn’t even hit the $1M mark. Here, players wait to start play on Day One of the record-setting event at the Rio in Las Vegas. (Image: CardsChat.com exclusive)

Officials were also quick to point out that the tournament was paying 1,130 times the buy-in to the winner, the largest figure in WSOP history, and that players had previously told the WSOP overwhelmingly that they wanted a standard payout structure rather than gimmicks that pushed more money to the winners (as happened in last year’s Main Event, in which a $10 million prize was guaranteed for the winner).

But while many players understood the general concept, they weren’t as happy with the details. Lowering the percentage that went to the winner seemed natural, but the general consensus was still that the winner should have received 10 percent of the prize pool or more, enough to push the top prize over $1 million.

That wasn’t the only problem at the Colossus, as issues with computer systems caused an estimated 1,500 players who busted in the money to go unpaid last night after waiting in line for hours. Those players can come back at any time to get their money, of course, but it was just one more issue on a day that the WSOP had hoped would be one of the best in the history of the series. And with some players planning on leaving shortly after the event, it added to potential complaints about how and when they could receive their winnings.

As for the action in the Colossus, Day 2 ended with 506 players still in competition for the bracelet. Valentin Vornicu appears to lead the field with over 1.2 million in chips, while players such as Christian Pham, Mike Rocco, and Will Givens were still in contention as well. 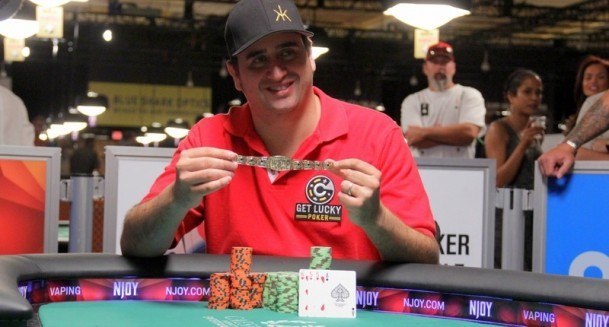 Robert Mizrachi came from behind to beat Jacob Dahl in heads-up play and win the $1,500 Omaha Hi/Lo Eight or Better tournament.

For Mizrachi, the win earned him his third career WSOP bracelet, a prize that could be worth more to him than the $251,022 top prize.

Only Mizrachi and Dahl came back for the final day of play after a long Saturday session, and Dahl had the upper-hand heading into the break. But Mizrachi overcame a significant chip deficit to claim victory.

“You can’t play your best poker when you don’t have proper rest,” Mizrachi told WSOP.com. “I’ve had this cold and really needed the break from last night. The rest really helped me to come back fresh.”

Another new event made its debut at the WSOP on Sunday: the $1,000 Hyper Hold’em tournament. The event was designed to be played quickly, and it lived up to that expectation: of 1,436 initial entrants, only nine survived to reach Day 2.

That final table will be led by Harrison Beach, who will have 2.28 million chips while none of his opponents have as many as a million in their stacks. When the winner is determined on Monday, they will receive $252,068 in prize money.

The $10,000 Limit Deuce-to-Seven Triple Draw Championship event began on Sunday as well, drawing an extraordinarily tough field of 109 players. Of that group, only 56 survived to see Day 2, and only 12 of those players will ultimately make the money.

The early leader in the tournament is Craig Hartman, a Las Vegas native with only one WSOP cash on his resume. But you’ll recognize many of the other names inside the top 10 of the chip standings: Rep Porter, Layne Flack, Phil Galfond, Scott Clements and Matt Glantz are all there, with Calvin Anderson, Greg Mueller, Bryn Kenney, Robert Mizrachi and Scott Seiver not far behind.

Several of the tournaments noted above continue on Monday, though only the Hyper Hold’em will crown a winner today. Meanwhile, two smaller buy-in events will start, both of which should appeal to mixed game players: there’s a $1,500 Pot Limit Hold’em tournament at noon, while a $1,500 Razz event begins at 4 pm.

I’m not sure the Colossus payout structure was out of line. Regarding the rake, who can dispute what the total costs are providing a venue to host over 22,000 players? The Main Event only draws what, 6-7,000 players? and each buy-in is $10,000.

Colossus buy-in was only $565. If someone wants to be in a million dollar winning tournament, put up buy-ins in the thousands …

The ROI is very high in this case.

Modern poker players are the whiniest group of individuals that have ever existed. Thank you.