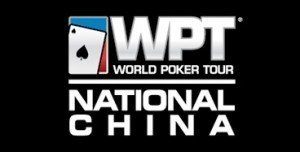 A new alliance with Ourgame International could see the World Poker Tour brand increase its presence throughout Asia. (Image: www.worldpokertour.com)

The World Poker Tour (WPT) has formed an alliance that will expand the presence of its popular brand throughout Asia.

By hosting tournaments like the WPT National China, it’s apparent that WPT is looking to expand its influence in the large Asian market.

By partnering with Ourgame, an online card and board game developer, the poker brand is furthering its competitive edge.

Ourgame International will be able to license its products and services exclusively with WPT in 14 Asian territories.

Japan is also included in the list but will have non-exclusive rights.

“The World Poker Tour has worked hard to expand its footprint throughout Asian territories over the last few years with much success,” said WPT president Adam Pliska. “A big part of this success was based on our strong working partnership with Ourgame, who established WP National China at MGM Grand Sanya.”

“Ourgame has proven to be exactly the sort of business ally we seek; a credible group of visionaries with incredible strategic leverage and a true commitment to the long-term growth of poker,” continued Pliska. “By working with Ourgame to expand the WPT brand in Asia, we are assuring that the recent strong growth of the WPT in the region will continue for many years to come.”

WPT and Ourgame already have an existing relationship due to the launch of WPT National China. However this new alliance will likely see a number of final tables at WPT National and WPT Main Tour events live streamed to those Asian regions in 2015.

WPT branded free-play and social games will be developed, along with both companies creating WPT branded merchandise and television production in Asia.

The expanded partnership certainly works for WPT and its goals to expand into multiple countries across Asia. According to Ourgame’s chief executive Frank Ng, the alliance also helps his company in their expansion from China to Asia.

“Over the past three years, we have worked together to not only establish WPT National China as one of the largest and most influential poker events in Asia, but also introduced world-class poker tournaments to the fast-expanding Chinese poker community,” said Ng. “The WPT’s brand and global experience will be a significant asset to us as we expand overseas, and we have every confidence that we will together achieve much more success in Asia.”

After all, success in the Asian gambling market can be quite difficult. Casino and gambling legalization in Japan is at a standstill. Passage of any kind of bill is losing momentum, while concerns of addiction and lack of government support further make legalization look unlikely anytime soon.

Despite gambling being illegal in mainland China, there is still a push to make a dent in the market. The presence of the WPT National China in Hainan makes sense considering the province is a testing ground for gambling in the country.

But even in the gambling mecca of Macau, revenue has fallen in the wake of President Xi Jinping’s push for anti-corruption.

Though regulation is less of an issue in Hong Kong and other Asian countries, WPT and Ourgame seem to have a plan.

With the potential expansion, WPT may give the Asian gambling market a much needed shot in the arm.

Anyone know if the WPT Vietnam is a go for 2015 and any dates put forth?