World Series of Poker Colossus Living Up to Its Namesake with Massive Pre-Registrations
May 13, 2015 Casino Gaming 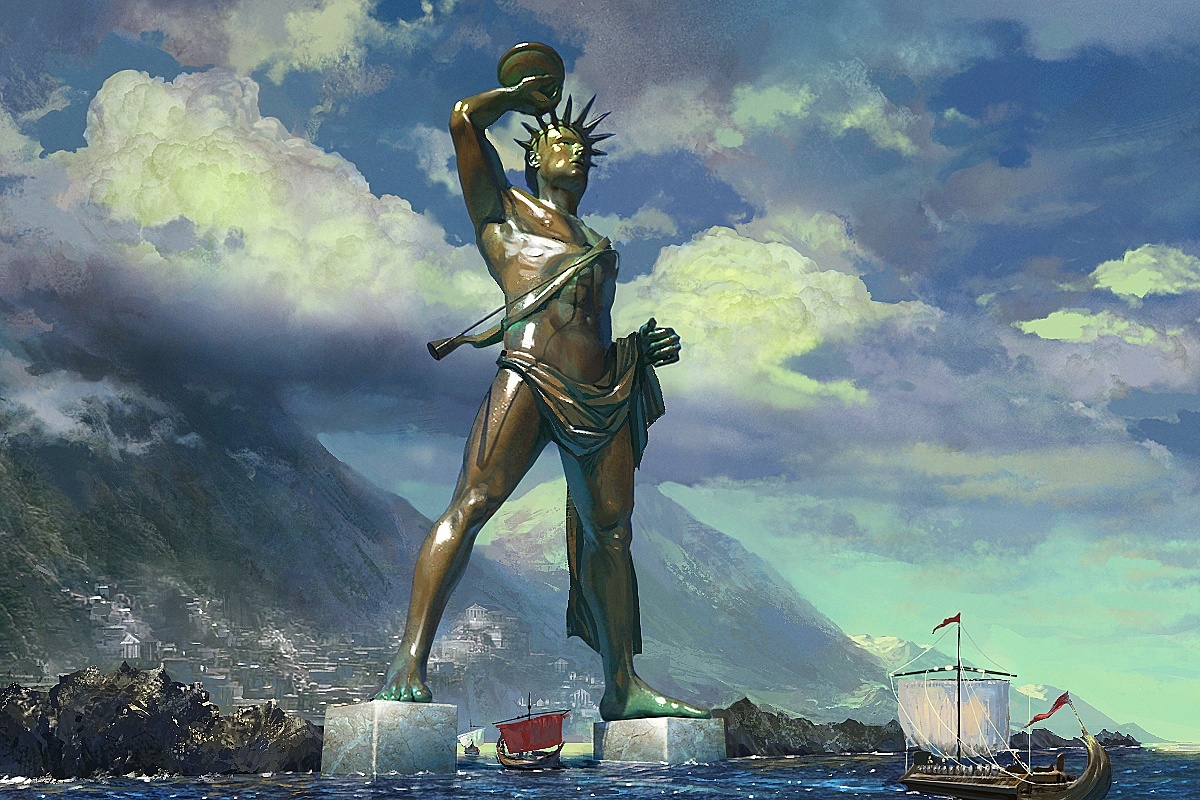 The 2015 WSOP could break attendance records, with the new Colossus event, named for a massive ancient Greek statue, likely to be the largest tournament in the history of the series. (Image: amazingancient.com)

The ancient Greek statue of the Colossus of Rhodes represented the gods in all their power and glory, and this year’s first-ever homonymous WSOP event is looking like it may live up to its namesake.

In a media conference call with World Series of Poker executives earlier this week, the event’s promoters said all records for attendance will be broken by the time Colossus rolls around on May 29.

“If it is not by a large margin the largest event in the history of poker, it will be a disappointment,” said WSOP Executive Director Ty Stewart on the call.

The 2015 World Series of Poker is likely to feature more players and bigger events than ever before, and the very first weekend of the WSOP will almost certainly play host to the largest tournament field in poker history with this new event.

On the call, Stewart noted that there had already been enough pre-registrations to make it the biggest tournament ever, surpassing the 2006 WSOP Main Event, which had 8,773 entrants.

However, it’s unclear if the Colossus will surpass that tournament in terms of unique entries at this time, as players can reenter the Colossus if they bust out from one of the early flights, and some pre-registered players have already signed up for multiple buy-ins.

Set to kick off on May 29, the $565 buy-in No-Limit Hold’em tournament with four starting flights (two on the 29th, and two more on the 30th) has definitely not let grass grow under its feet. In order to have as much capacity as possible, there will also be two “late waves” for each flight, allowing even more players to jump in as seats open up.

WSOP officials also touted the expanded media coverage the series will enjoy this year. ESPN will expand its pre-recorded Sunday event coverage to 2.5 hours, with many episodes airing immediately after SportsCenter at 8:30 pm.

There’s also an expansion in store for the live coverage of the November Nine. The final table of the Main Event will play down to four on Sunday, then down to two on Monday, and conclude with a heads-up duel on Tuesday. The goal there, per WSOP officials, will be to appeal to a more mainstream viewing audience by airing largely in prime time segments, rather than continuing into the wee hours.

A number of new business partners are also on board with the World Series this year. Draftkings has expanded its partnership into a multi-year agreement, which includes sponsorship of a “50/50” tournament at this year’s WSOP, while Modiano Cards will supply playing cards, and Jostens will be creating this year’s bracelets.

The Global Poker Index’s role at the WSOP is also increasing. The GPI is now the title sponsor for the WSOP Player of the Year (POY) award, and the GPI formula will be used to determine who wins that prize.

One of the biggest recent themes for the WSOP has been offering lower buy-in events that will attract more recreational players, while still maintaining the prestige of the WSOP brand name. The goal has been to offer something for everyone, from players who never thought they would play at the annual event to the top professionals in the world.

“Absolutely, we are aiming to get a more recreational player involved in the game of poker,” Stewart said.

That may be part of why the WSOP is sticking to its guns in not facilitating deals between players. While a vocal minority may want dealmaking allowed at final tables, Stewart said, the WSOP is responsible for crafting an event that works for everyone. The issue came up recently vis a vis tax forms and who is responsible for creating them after multi-backer player wins.

Stewart likened the WSOP to PGA events, noting that most of the public would be dismayed to see professional golfers agree to split a prize fund with a few holes remaining in a tournament. Since neither the general public (nor ESPN or other media partners) wants to see players making deals rather than competing, it’s not something we’re apparently likely to see at the WSOP in the near future.

I’m in! Seems like its going to be insane with so many players projected to play this