Just as we were starting to wonder if the World Series of Poker (WSOP) 2016 event schedule had been stolen by a Russian spy, it has come to us today. So, knowing as we do that poker players around the globe have been as anxious as we are to see what lays in store and when for the summer series, we present the highlights and a link to the full schedule so that you can start planning your Las Vegas WSOP travels. 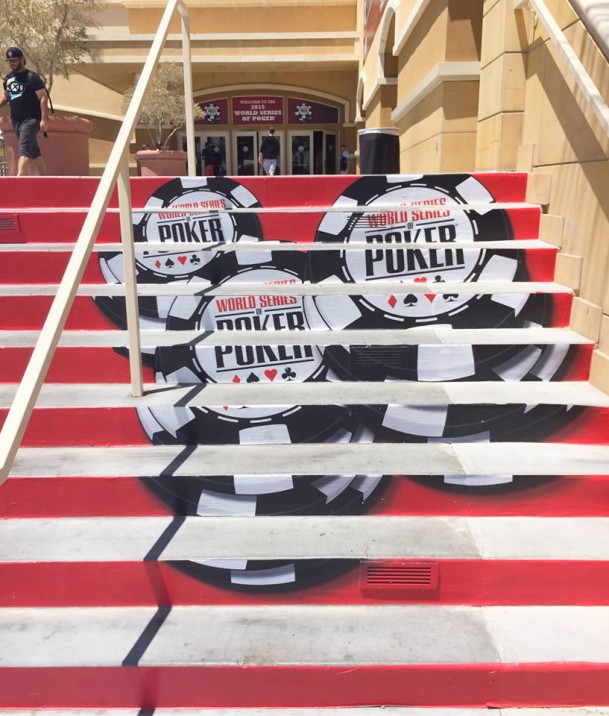 Colossus II and Its Controversy Return

Among the key events that players are likely to be most jazzed about are returning mega-tourneys such as Colossus II. The $565 buy in event, which drew a whopping 22,374 entries (including reentries) in its inaugural year in 2015, along with a prize pool of $11.2 million, will commence on Thursday, June 2 and run through to its completion on June 6.

But you can try to get in for cheaper if you’re at the Rio in Las Vegas by opening day May 31 or June 1 and can sweep one of the $75 buy in mega satellites to Colossus. If you miss, you have six flights over four days to choose from, and a chance to play in up to five additional flights (should you play Flight A and bust, you can then try again in B,C,D,E, and F) if eliminated from the first as well.

The payout structure for Colossus II has been revamped, after much contention last year when it was announced the winner would only be paid a $638,880 first place prize, which struck many as inordinately low for so many entries. Yes, 2,241 players did cash, but many were disgruntled by the not-top-heavy-enough prize structuring last year.

At least this year, management is guaranteeing a $1 million payout to the top finisher.

If you miss making the big bucks on Colossus II (or even if you do), you can try again at the popular Millionaire Maker that starts on June 10 and which runs five days as well. Electrical engineer Adrian Buckley won the event last year, his first WSOP bracelet ever. He had to bust out serious pros like Mike Sexton and Erik Lindgren to win the honor, showing that this event can take an amateur and give them life-changing bankroll if their stars are aligned perfectly.

You’ll need a not-very-amateur $1,500 buy in to the Millionaire Maker though, so start stockpiling your cash now to be ready.

No Love for the Ladies?

Bound to cause more controversy and consternation is a new move for the Ladies Event this year. Having finally conquered the issue of cross-dressing guys buying in by charging them 10 times the $1,000 entry fee (noted as a “discounted” price for women), female players will this year have to choose between the Ladies tournament and start days for the Main Event, as there is overlap in play days for the first time this year.

With the three-day Ladies event kicking off on Friday, July 8, and the Main Event then starting on Saturday, July 9, we’ll be surprised if there isn’t a mini-revolt and cries of “foul play” by a good number of women interested in playing both. Let it not be said that WSOP management doesn’t go where angels fear to tread.

With the Main Event running from Saturday, July 9 through to Monday, July 18, which will whittle thousands down to the Final Table for November Nine status, the usual $10,000 buy in (with plenty of satellite opportunities to sneak in for less available on land and online), this series will no doubt be the usual hotbed of excitement, rebellion, scandal, and scintillation.

We can hardly wait. And we’d be remiss if we didn’t mention that CardsChat will once again have a team event going during the series, with more details coming up as we get closer to May.

For a complete rundown of all the events, check here.