Successful $1/2 No-Limit Hold’em players often think about moving up to $2/5 or $5/10. They presume that if they’re beating their game for some multiple of big blinds an hour, perhaps they could increase their win rate by increasing the stakes. 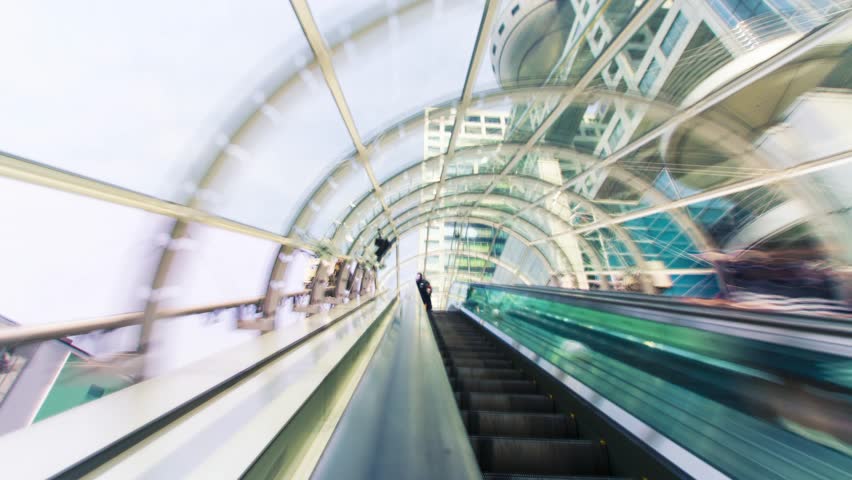 Moving up to the next level in poker can be a profitable move — or it can be quite costly without a clear plan. (Image: YouTube)

So should they take the next step?

Here are four critical questions to ask yourself when contemplating a move to a higher stakes game.

How Are You Doing in Your Current Game?

Keep good records of your play. You want to be certain that you’re beating your current game before you move up. Without a clear record of your play, you can’t be. Make sure you’re recording your wins and losses accurately, including those horrendous sessions that you think are not indicative of your game.

The time-honored wisdom is that you need to demonstrate a profitable record over 500 hours of live play (roughly 15,000 hands online) before you have something that is statistically relevant, and not just indicative of running good.

How Good is the Bigger Game?

Your goal should be to win more money, not to look like a better player by playing bigger stakes. Sometimes, the lowly $1/2 game you’re in will be more profitable than a $2/5 game with better players. Before you jump in, check out the waters, and then compare it with how profitable your current lower-stakes game is.

You need to think about the quality of the players you’ll be facing. Use all of your skills to evaluate how poor your opposition is likely to be in the bigger game. A lot of unaggressive calling stations? Some drinking and laughter in the game?  It might be worth joining.

On the other hand, if you see a game that is not only bigger, but that’s also much more aggressive than you’re used to, you might want to wait for an easier opportunity. Bigger stakes don’t always mean tougher players, but they often do. There’s no prize for losing at the biggest game available.

Do You Have a Sufficient Bankroll?

How much do you really need to move up? It’s a somewhat more complex answer than you might think. The general rule of thumb has been that 600 big blinds will adequately fund a game. Of course, this presumes that you’re a winning player and that you play with average volatility. If you’re a losing player, no bankroll will be sufficient.

In my opinion, this reasoning might work for online micro-stakes where the buy-in can be instantly replenished with funds at hand. In live games, I believe it’s far too simplistic as the stakes move up, and buy-ins are not so easily and quickly snatched from your bank account. It also fails to take into consideration other important criteria.

The standard 600 big blinds don’t account for your particular playing style. Some winning players are very aggressive and loose. Their variance will be greater than a tight and conservative player. Both may be winning players, but the former will have greater swings than the latter, and will therefore need a larger bankroll to account for his variance.

Similarly, games differ. Some are more volatile and will create greater variance than others. You might be sitting in a tight, quiet, $10/25 game that plays very small, and might only require the same bankroll as a rocking and rolling $5/10 game with some wild and crazy guys who are shoving all the time.

Finally, I’ve found that as the stakes get bigger, the ability to replenish a bankroll tends to be more difficult. While you might always be able to piece together $300 from your general budget to buy into a $1/2 game, it’s more difficult to restore the $5,000 stack you want at the $10/25 game. Accordingly, I see a range of possible minimum bankrolls and a more geometric than arithmetic progression as the stakes go up.

My bankrolls also presume that you’re making a full-time move to a game, but you surely don’t have to. Instead, you can stay chiefly as a $1/2 player and take a stab at higher stakes when you notice a $2/5 or $5/10 game populated by players you recognize as particularly soft.

In such instances, you might bring over to the bigger game just a couple or three buy-ins. If you win, you stick around for as long as you think you have an edge and feel comfortable. If you burn through your bankroll, you can always drop down to the easier waters of $1/2, where you can work on building up your bankroll for another stab when you’re better capitalized.

There are advantages to this strategy – of popping in from time to time to a bigger game. In addition to minimizing your financial risk, you’re providing yourself with the psychological experience of playing bigger. A game remains daunting as long as you never try it. Your imagination has a way of inflating the difference between different stakes games.

By breaking the ice, so to speak, and dipping your toe in the water of a bigger game, you’re starting the process of demystifying it. You’ll also tend to put your lower-stakes game into proper perspective – as a contest disconnected from the real-world value of the money you’re using to play.

Will You be Able to Leave the Bigger Game if it’s Too Tough for You?

Some players have a very hard time moving back down once they’ve moved up in stakes. They see it as a matter of pride, but it’s important to remember there’s no award for losing against tougher players. You might think you score a moral victory by sticking around and getting whupped by the best players in the room. You might think it a sign of moral weakness if you move back down when you discover the bigger game to be too tough for you.

It doesn’t matter at all. No one cares. One of the most important skills of successful players is their ability to size up where they stand relative to the other players, and to have the good sense to leave if they see they are outmatched.

If your goal is just to play as big as possible because you love the rush or you think there’s some status in the stakes you play, then you can move up as soon as you have the minimum buy-in for the game – typically 50 to 100 times the small blind.

If, on the other hand, your goal is to increase your win rate, then a more deliberate approach is called for. The four considerations listed above should provide you with the information you need to make an informed and profitable decision of when – and whether — to step up to a bigger game.