A growing poker vlogging community is chipping in to help those affected by the Las Vegas mass shooting. 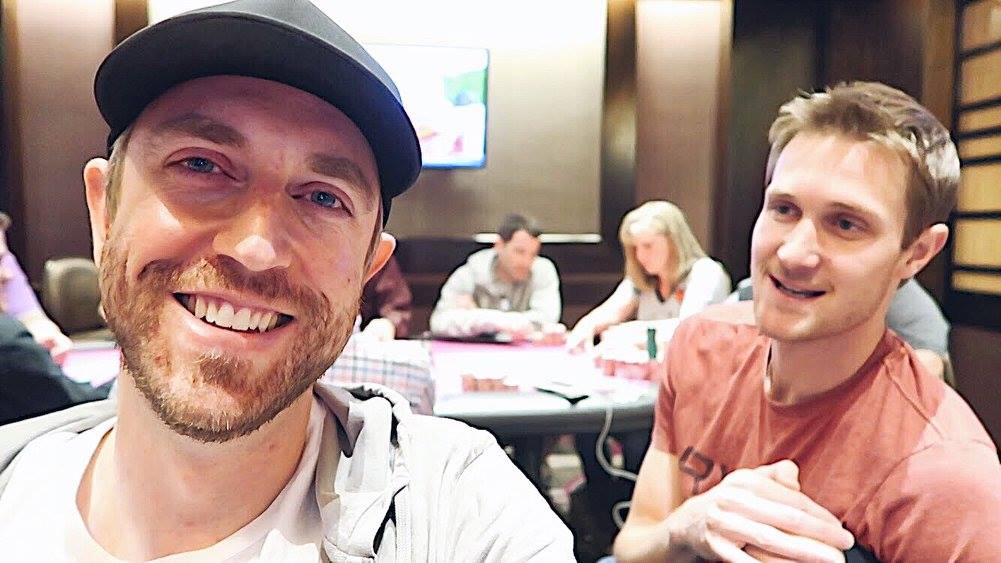 Brad Owen and Andrew Neeme, two of the most popular poker vloggers on YouTube, on Sunday held their semi-regular poker meetup game. The game was being livestreamed on Twitch for Bellagio Poker on the Strip (twitch.tv/BellagioPOTS), and became a live and online platform for an impromptu fundraiser for families impacted by the Oct. 1 attack that killed 58 innocent concertgoers and injured nearly 500 more.

“Poker feels a little less important to some degree following something like this,” Neeme told CardsChat. “At the same time, there’s the other side of the balancing act in that people want to do things that bring a sense of normalcy.”

Neeme, a mid-stakes pro who shares his story of grinding for a living on his popular YouTube channel (more than 71,000 subscribers), wanted to acknowledge everything wasn’t back to normal just because players were returning to the tables.

“I suppose we’re very much still in the immediate aftermath, being only slightly more than a week after the events,” Neeme said. “But there’s an undercurrent of sadness and plenty of discussion that will continue, as poker games and life continue.”

Brad Owen and Andrew Neeme’s meetup game has been taking place at different casinos across town for a few months now. Their games tend to be high action with a fair amount of drinks being served, and have become a favorite on BellagioPOTS.

At one game earlier in September, they decided to put a tip jar by the table and a donation button online to raise money for Hurricane Harvey relief, and that resulted in $1,200 being sent to Team Rubicon in Houston.

On Sunday at Bellagio, the game was $5/$5 NL with a mandatory $10 straddle, but more important it was an opportunity for some friends to come together at the table for the first time since the Las Vegas shooting, while also doing something to help at home.

Neeme and Owen, both Las Vegas locals, again put out the tip jar, and in a matter of several hours, they collected $1,701. That’s just the donations made in chips and cash. That tally doesn’t include online donations, as the two vloggers directed the internet audience to donate directly to a crowdfunding initiative by Zappos, which as of Tuesday had raised nearly $325,000.

The funds Owen and Neeme’s game raised are being sent to a crowdfunding effort organized by Zappos, in part because the Las Vegas retailer has promised to match every dollar donated up to $1 million, thereby doubling the impact of the poker players’ donations.

By going through the Zappos campaign, Neeme and Owen are working with Direct Impact Fund, a registered 501(c)(3) non-profit (meaning they’re legit) that aims to provide a transparent process that ensures donations are directed to reputable charity organizations.

While their game’s contribution may be a small drop in the bucket, Neeme said he was impressed by the number of poker players and dealers who chipped in. “Lots of small numbers add up to a big number,” he said.

Neeme specifically thanked a player named Brad who gave $500 before cards even got in the air, and a Bellagio dealer named Crissy who donated 100 percent of her tips.

“One positive that comes from poker is that people need to come together for it to exist,” Neeme said. “It’s a small-scale reminder following a tragedy that we’re a community, and whether it’s talking with each other or gathering donations one night, poker can help strengthen that community sense.”