Despite dire straits in the beginning of COVID, Nevada’s casinos are back on top – and riding the rush. They’ve had 10 straight billion-dollar months, according to the Nevada Gaming Control Board’s December revenue report, which was released last week. This may surprise poker players who saw multiple Las Vegas rooms close in 2021. 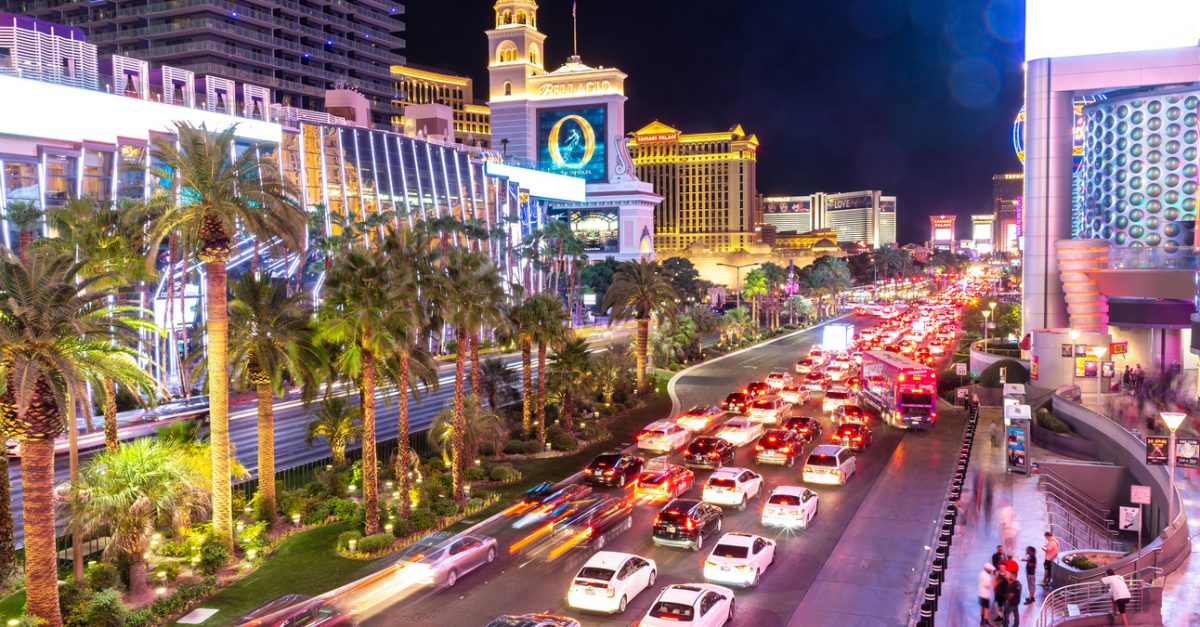 The Las Vegas Strip is clearly back, but not necessarily because of poker. (Image: OffTheStrip.com)

Nine-hundred-and-ninety-eight million out of the $1.15 billion comes from Clark County with $650 million from casinos on the Strip.

“It’s a positive sign that shows that the gaming industry is back in a lot of ways,” David G. Schwartz, gaming historian and UNLV professor, told KTNV Las Vegas. “And it appears to be sustainable.”

Things didn’t always look so bright for Vegas’ casinos – 2020 was, to put it kindly, a disaster.

COVID closed doors and brought the Strip’s biggest players to a screeching halt. MGM’s second-quarter revenue spiraled down to a net loss of $857 million (compared to the previous year’s $43 million in net income.) Caesars had an estimated daily cash burn of $9.3 million.

By May 2020, nearly a half-million Nevadans had filed for unemployment – roughly 40% were from food and service industry workers adjacent to the hospitality/casino sector. Most worked in Southern Nevada. The LA Times nicknamed Vegas the ‘City of Lost Wages.’

The outlook was bleak. “It took Las Vegas nearly a decade to recover from the subprime-mortgage-market collapse in 2008,” began a New York Times article in the early throes of the coronavirus threat, warning locals to brace for a similar drawn-out economic collapse.

Little did they know a boom was just around the corner.

Can poker keep up?

The increased demand has made poker rooms especially vulnerable to dealer shortages.

Difficulty to staff last year’s World Series of Poker resulted in a controversial policy requiring players to be vaccinated, but not dealers. (That’s not to say the WSOP didn’t offer incentives – CardsChat reported that Caesars was offering dealers $250 to get the jab and those who already had the shot were entered in a $25,000 raffle with a $5,000 top prize.)

A need for dealers at the WSOP led to Caesars closing the poker rooms at Bally’s and Flamingo. While Bally’s will return as the new home of the WSOP, the Flamingo shut its doors permanently.

It is no secret that many Vegas poker rooms operate at a loss. Binion’s, Excalibur, Mirage, and most recently Planet Hollywood all didn’t survive 2021.

But with an increase in traffic and record-smashing tournament series turnouts – the Wynn, for example, saw prize pools reach double and even triple their guarantees – poker may have new hope for 2022.

im gonna miss all four of those poker rooms !