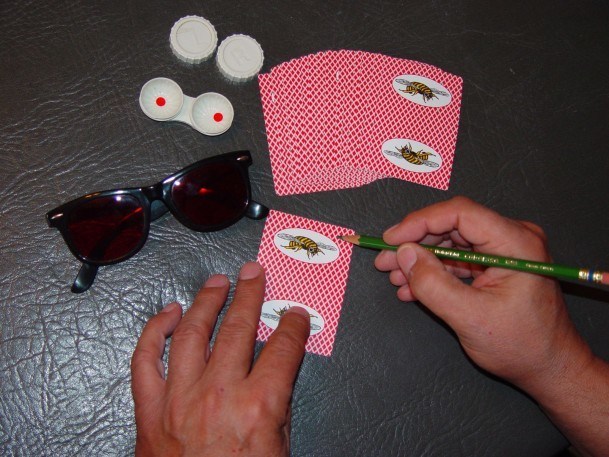 Connor Drinan and other pros have accused Valeriu Coca of cheating in the WSOP $10,000 Heads Up event. An investigation is reportedly underway. (Image: traininggaming.com)

Moldavian grinder Valeriu Coca has been reported as an alleged cheater in the still-ongoing $10K Heads Up NLH event. Traditionally a staple for many of the top poker players in the world, this year’s tournament attracted just 143 runners, including Coca.

Despite mainly playing tournaments with a buy-in averaging $1,500, Coca bought into the event alongside everyone else and eventually hit the rail in fifth place after beating a murderers row of talent.

However, following the player’s exit from the competition, rumors began to flow through the Rio that he’d cheated throughout the event.

While many of those potentially caught up in the scandal were intent on keeping the incident quiet until more investigations had been carried out, the weight of speculation eventually prompted a forum post by Connor Drinan.

After tweeting that he felt “super-used” after losing to Coca, Drinan took to 2+2 to give his thoughts on the rumors and add some background to his claims. The first point Drinan made was that Coca was making a number of odd moves during their HU match.

“Bubbled the HU. Hands down strangest hour and a half of poker of my life. Felt super-used,” read Drinan’s Tweet on the matter.

In addition to playing extremely slowly at certain times, Coca reportedly checked and re-checked his cards at different angles even though it was “clear he had made up his mind to fold.” Witnessed by Drinan as well as his friend Pratyush Buddiga, who lost to Coca in the previous round, these mannerisms were then accompanied by a series of pre-flop folds that didn’t seem to make sense to Drinan.

“Every time I had a good starting hand he folded. If I had a bad one he raised or re-raised,” wrote Drinan.

Sensing something was wrong, Drinan decided to shield his cards as much as possible and even began to check to see if someone was passing information to Coca from the rail. This sequence of events ultimately led to Drinan losing the match, but that wasn’t the end of the matter.

Intent on courting the opinions of his peers, Drinan spoke to Buddiga, Matt Marafioti, and Aaron Mermelstein.

All had been eliminated by Coca during the event and all felt the same way as Drinan. Armed with this information, Drinan warned Byron Kaverman to stay alert when he played the Moldavian in the round of 16. Taking Drinan’s advice, Kaverman did his best to hide his cards, but still ended up losing the match.

After the dust had settled and Coca had exited the tournament in fifth place, the affected players took their story to WSOP VP of International Poker Operations and Director Jack Effel, who is now looking into the incident. At this stage, the allegations are nothing more than speculation and rumors; however, further information has allegedly come to light that Coca has previously been accused of something similar in Prague.

According to Pokerzive.cz, Coca was handed a lifetime ban from a Czech casino for bending the corners of certain cards in order to gain an advantage. This article has been backed up by further information from a number of Czech players who have suggested that Coca is well-known for marking cards in high-stakes cash games.

While these facts don’t necessarily mean Coca was cheating in the $10,000 Heads Up event, the weight of evidence does seem to be against the man from Moldavia.

he is from Republic of Moldova