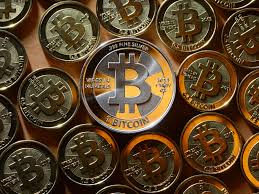 “The currency is irrelevant,” said the UKGC, as it warned bitcoin operators that they must be licensed to engage with UK customers. (Image: coin-turk.com)

The UK Gambling Commission (UKGC) has warned bitcoin gaming operators that they are not outside the law and that all companies offering gambling to UK citizens require a license, regardless of the currency in which transactions are conducted.

UKGC has written to a number of operators clarifying that while bitcoin itself is an unregulated currency, bitcoin gambling falls under the UK’s gambling regulations.

These operators, said the regulator, has been offering prizes of money or “money’s worth” to gamblers. The bitcoin sites fall under the category of “money’s worth.”

“The currency is almost irrelevant as all operators need to satisfy themselves, and us, that they can fully meet all our requirements, particularly the requirements that ensure crime is kept out of gambling and consumers are protected,” she continued.

The commission reiterates that “an operator needs to be licensed by the Gambling Commission regardless of where they are located in the world, if they provide facilities for gambling to consumers in Great Britain.”

In 2013 the UK government proposed that bitcoin businesses would be exempt from regulation and licensing, as bitcoin did not constitute legal tender.

The tax authority disagreed, however, arguing that bitcoin should be classed “single purpose vouchers,” which makes transactions liable for sales tax.

In March this year, the government announced its intention to regulate crypto-currency exchanges to put a stop to their use as money-laundering hubs and help protect consumers.

In the US, meanwhile, poker player Bryan Micon has become the first bitcoin-only operator to be prosecuted for offering unlicensed online gaming.

Micon flew to the US last week to face one charge of operating an unlicensed interactive gaming system in relation to his role as chairman of now-defunct Seals With Clubs, the former market-leading bitcoin only online poker room.

Micon’s attorney, Richard Schoenfeld, has said his client will accept a plea bargain, which will see him avoid a maximum ten years in prison.

Micon will likely complete an as-yet-undetermined probation and pay a $25,000 fine, at which point the felony charge will be reduced to a misdemeanor.

He will also forfeit the computers, $900 in cash and 3.0996 bitcoins confiscated during a police raid on his Las Vegas home last February.

According to court documents records seized during the raid suggest that Seals With Clubs was bringing in around $10,000 to $12,000 in profits each month.

Since the UKGC warning and because the need in license, both operators and platform providers are now dividing the services to the GEO targeted players.

This is not new of course