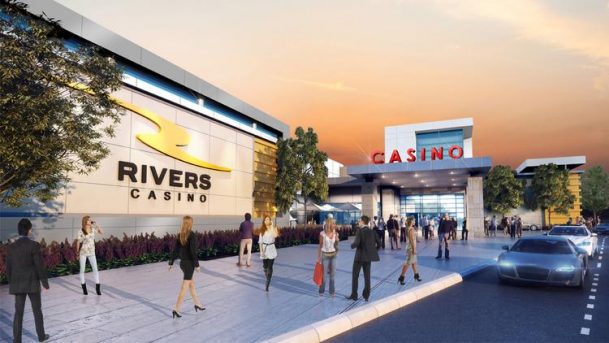 Rivers Casino and Resort will be one of two new places to play poker in New York State starting in February. (Image: bizjournals.com)

Back in 2013, a statewide referendum on the gaming industry saw Governor Andrew Cuomo’s bill pass a critical vote. After the proposal to construct seven “Vegas-style” across New York State was approved, the process of selecting an initial four developments got underway.

As part of his proposal, Cuomo estimated that around $420 million in tax revenue would be generated by the new casinos. Moreover, the construction phase would generate 6,700 jobs, while a further 2,900 would be employed once the casinos were complete.

To ensure the new casinos didn’t upset the current status quo, the developments had to be located away from the five upstate gaming palaces operated by Indian tribes. With this in mind, four plots were earmarked for the first batch of casinos: Catskills, the Capital Region, the Southern Tier and along the Pennsylvania border.

Fast-forward three years after the original vote and the first of the four casinos was opened in December, 2016. Tioga Downs, located in Nichols Tioga County, officially opened on December 2nd and now boasts 33 gaming tables, including 12 poker tables.

With Tioga Downs first few weeks of action going off without a hitch, Del Lago Resort and Casino in Seneca County will be the next venue to join the party. Costing $425 million to build and featuring 12 poker tables, the Rush Street Gaming casino is due to open its doors on February 1.

Following the launch of its first live venue in New York, Rush Street Gaming will open a second casino in Schenectady County on February 8. The Rivers Casino and Resort will feature 51,000-square-foot of gaming space, which will include a 15-table poker room as well as provisions for 77 table games and 1,150 slots.

Another interesting point to note is that Rush Street Gaming is the company behind Rivers Casino Pittsburgh where poker bot Libratus proving machines can beat the pros.

Although there haven’t been any suggestions that any future challenges would take place at the New York venue, there’s every chance this could become one of the group’s marquee poker venues in the coming years.

With three casinos set to be active throughout 2017, New York poker players will have more choice than ever before. However, many players will be looking to 2018 for even more action.

The Montreign Resort Casino in Sullivan County is due to open early next year and, at a cost of $1.25 billion, it not only promises to have a 332-room hotel, but over 100 table games and a 16-table poker room.

When that casino is finally finished, New York’s Gaming Commission will start looking at how and where it can continue its efforts to improve the state’s casino economy.