Stop the presses: Mike Matusow posted something that offended people. 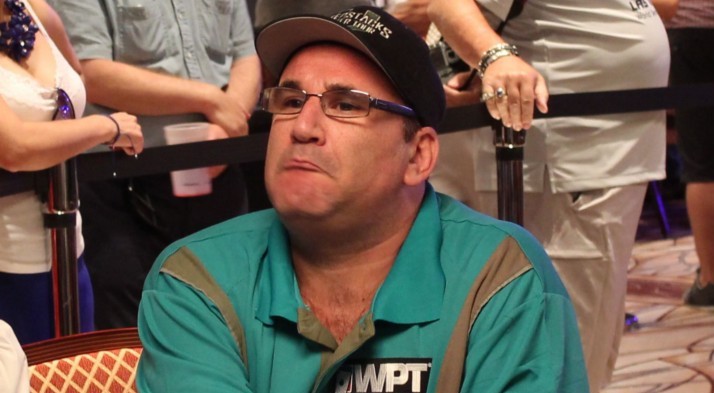 Mike Matusow had some harsh comments about what he saw as Harvey Weinstein’s Hollywood enablers. (Image: F5 Poker)

The ever-vocal poker pro-turned-cultural critic gave his two cents on alleged sexual predator Harvey Weinstein this week, and Hollywood’s tacit acceptance of his behavior, and did so in a way that sparked a heavy backlash.

Weinstein, a 65-year-old movie producer and co-founder of Miramax Films, has been accused of sexual harassment and assault by numerous women in Hollywood. It is alleged that many in the entertainment industry have known about his deviant behavior for years.

At least 30 women have come forward to accuse Weinstein of sexual harassment or assault, including award-winning actresses Kate Beckinsale and Rose McGowan.

Allegations against the executive producer of the 1998 poker classic “Rounders” have destroyed his reputation. His wife, Georgina Chapman, left him this week after 10 years of marriage. And even Hillary Clinton, one of the biggest recipients of Weinstein’s political contributions, has said she will ship all the money he’s donated to her political campaign to charity.

The Mouth That Roared

Say what you will about Matusow, but you can’t deny his willingness to take a controversial public stand. The tweet that set #PokerTwitter afire:

“As sick as the Harvey Weinstein story is everyone in USA pretty much knew you had to do sexual favors to make it in Hollywood! #hyprocrites,” the 2013 NBC National Heads-Up Championship winner posted on Twitter.

Many of his followers commented to agree with his take. But others, including PokerStars Team Pro Vanessa Selbst, had some choice words for the man who regularly lives up to his nickname.

“You are a disgusting, delusional, and downright pathetic human being. Every tweet you make is somehow worse than the last,” Selbst said.

Joe Hachem, 2005 WSOP Main Event champ punctuated her tweet with one of his own:

“Vanessa I think you should consider opening up more and letting us all know how you really feel.”

Following his initial tweet, Matusow took some heat from those who don’t agree with his stance. He tried to clear things up in a series of tweets filled with questionable grammar and fits of incoherence.

“Amazing how my tweet get misconstrued all I was saying is everyone in Hollywood knows how to get a big job how ex are ! it’s a disgrace,” he wrote.

“It really saddens me that my words were misconstrued on Weinstein sexual assaults! My gf worked in Hollywod (sic) for 12 yrs and told me. 1,” The Mouth continued.

“Of all the women who did sexual favors? To land leading roles and that everyone in Hollywood new (sic) what was going on! I think its despicable. 2.”

“I but all I was saying was what was widely known and covered up I in noway was advocating it and am truly sorry if it came out that way!” he concluded.

Matusow, on the short list of future poker hall of fame nominees, has been a polarizing figure in the poker world for many years. Comments such as these are part of the reason. But he’s also been one of the most successful tournament players in history with over $9 million in career winnings, including four WSOP bracelets and two Main Event final table appearances.

Why would he excuse Weinstein; what was his motive? Many just like him did the same for Roman Polanski.
Can you guess what all 3 have in common??? shhh!