PokerStars’ venture into the YouTube sphere is proving fruitful, as its new team of partners have notched up almost two million views in two weeks. 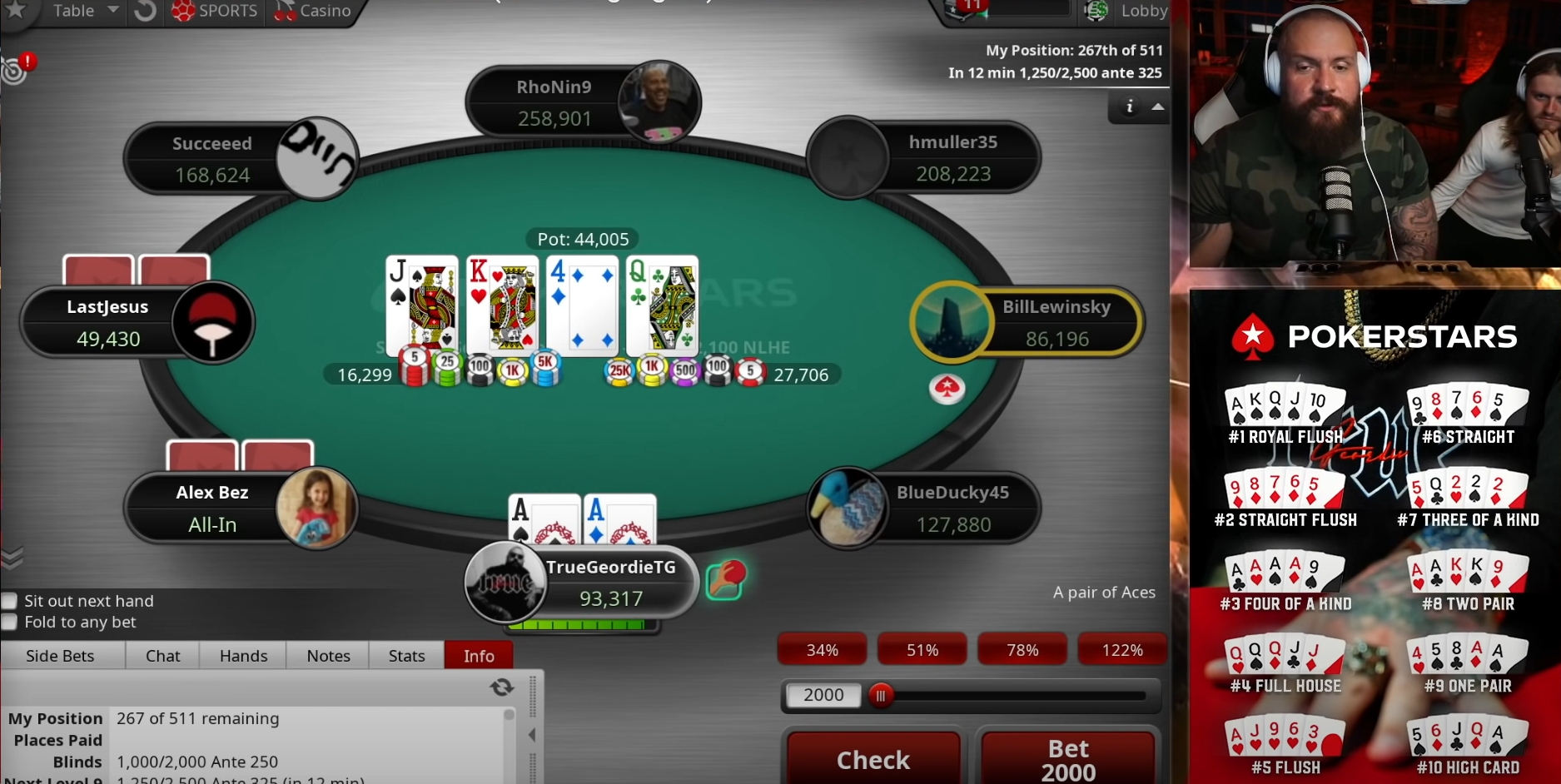 The market leader linked up with popular YouTubers KSI, the Sidemen, and True Geordie in late July. Since then, PokerStars’ games have been watched by people who may not have otherwise tuned into a poker stream.

The Sidemen vs. Spraggy video has received just short of 900,000 views as of August 4. True Geordie’s streams, alongside poker pro Charlie Carrel, have attracted an equal amount of interest.

Each video has provided a combination of entertainment and education. True Geordie, aka Brian Davies, has been learning on the job with Carrel.

In preparation for his collaboration with PokerStars, he tested the waters in some online six-max games. During his streams with Carrel, Davies jumped into the deep end by entering a selection of high-stakes Stadium Series events.

Carrel was unable to help True Geordie during a hand. He was, however, able to review hands in real-time and offer advice to Davies and his audience.

Partnering with the YouTubers was designed to promote the Stadium Series, but the long-term potential could be more significant. KSI, the Sidemen, and True Geordie have social media followings well into the millions.

That’s not only a potentially rich source of new players, it’s a demographic that, so far, PokerStars hasn’t had much connection with.

Working with mainstream stars such as Cristiano Ronaldo and Kevin Hart has exposed the brand to a general audience. However, YouTubers such as KSI tend to have a greater influence on the younger generation.

With the help of its partners, PokerStars now has the opportunity to engage a different type of customer. The numbers suggest this strategy is already paying off.

The average viewership for True Geordie’s poker streams is approximately 150,000 in two weeks. Of the videos uploaded to PokerStars’ YouTube channel during the same period, the highest-rated is a throwback, and has 70,000 views (see video above).

Although views won’t necessarily translate into sign-ups, the collaborations have increased PokerStars’ social media profile. Moreover, the project has turned True Geordie into a fan of poker.

If his love for the game blossoms, he may continue to stream his sessions on Twitch and YouTube. When someone with the following of True Geordie promotes poker on a regular basis, it can make a difference.

There are, of course, limitations to engaging the YouTube generation. According to Statista, 81% of the US internet users aged 15 to 25 use YouTube. This data doesn’t take into account individual YouTubers and their followers. However, it does show that a significant number of the platform’s users are under the age of 18.

Be that as it may, many of True Geordie’s fans are likely old enough to play poker. Even if a fraction of them decide to follow his lead, it could turn into a win not just for PokerStars, but for the industry as a whole.