PokerStars has come up with a new online tournament concept that combines elements from sports, online poker, and live tournaments.

Known as the Stadium Series, the run of MTTs will offer a slightly new take on virtual festivals. The defining feature of the series is that daily tournaments will act as heats that feed into weekly finales.

Far from being qualifiers, the daily tournaments will also stand as featured events in their own right.

The Stadium Series gets underway on July 5 and concludes on Aug. 2. PokerStars will host 102 MTTs and pay out a guaranteed $50 million during that time.

Buy-ins will be split into three tiers: low, medium, and high. This format will mirror other festivals, such as the Spring Championship of Online Poker (SCOOP) in this regard. Unlike its counterparts, however, entry fees and guarantees for Stadium Series MTTs will increase each week. 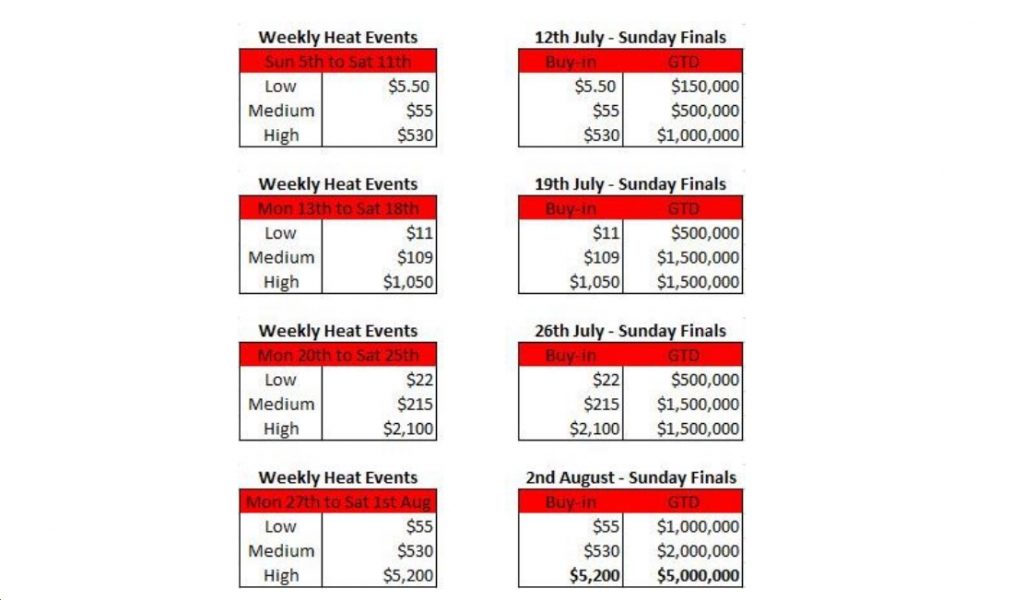 This dynamic continues for four weeks until the final day of play sees three MTTs guarantee a combined $7 million. PokerStars is also adding $2 million worth of satellite tickets and fast-track entries to the weekly finals.

In essence, the Stadium Series is inspired by major sports tournaments. Much like the World Cup in soccer or the NBA playoffs, weekly tournaments are precursors to a finale.

To play in a final, you need to qualify via the heats. To ensure there’s value at all points along the way, the weekly MTTs will also stand alone. In other words, they’re not just satellites to the main event.

To hammer home the sports connection, PokerStars has borrowed an idea from its own live events. Although casinos are reopening their doors, online poker remains the most viable option for the masses.

Based on this, PokerStars is making the series as much of a spectator sport as a mass-participation event with live streams.

The latter stages of Stadium Series will be broadcast on Twitch with face-up cards (on a short delay). James Hartigan and Joe Stapleton will commentate on the action in the same way they do for European Poker Tour (EPT) events.

PokerStars’ Stadium Series is aiming to be hybrid in every sense. More importantly, it’s the operator’s first real response to the recent tournament innovations by Partypoker and GGPoker. Although coronavirus lockdowns are coming to an end, online poker remains hot. PokerStars wants to capitalize on this dynamic with its latest series.