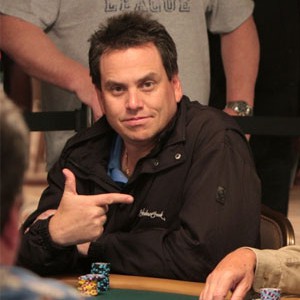 Legendary tournament director Matt Savage is reluctant to blame anyone for the failure of the Epic Poker League, despite still being owed some settlement money. (Image: hochgepokert.com)

Matt Savage, tournament director of the former Epic Poker League (EPL), has received a payment from the league’s parent company, Federated Sports + Gaming, suggesting perhaps that those involved with the unhappy company are attempting to make amends with its legion of creditors.

Federated Sports + Gaming filed for bankruptcy in 2012 with $5 million in debts and over 100 creditors, signaling the demise of a tour that had hoped to revolutionize the professional poker tournament landscape.

The EPL had arrived on the scene just a year earlier, amid much fanfare. Led by poker pro Annie Duke and former WSOP Commissioner Jeffrey Pollack, the EPL attempted to build a series of exclusive invitationals for the world’s top players in 2011; a kind of “PGA for poker,” transplanting poker tournaments from casino events to the sporting arena.

Pros would then be selected using special qualification criteria and would adhere to a special code of “conduct.”

That was the plan, anyway. The EPL held three events before collapsing in ignominy. It wasn’t all bad: the league invented the Global Poker Index (GPI) scoring system as a means of selecting its players, and that was rescued from the ashes of bankruptcy proceedings by Alex Dreyfus, who, acquiring the GPI assets, was able to turn it into an enormous success.

Savage, a TD legend, had previously made it known that he was owed $33,333 by Federated Sports + Gaming and said this week that, while the payment falls short of that sum, it came as a complete surprise, nevertheless: “Received a settlement check from @EpicPoker,” he tweeted. “Not what I was owed but like finding money in the street.”

Speaking later to Lee Davy for CalvinAyre, Savage offered some insights into the inner workings of the league and explained how it managed to overextend itself so drastically.

“The up-front costs were massive,” he said. “From the set, to the television time, production, and added money. I knew the initial outlay was going to be tough to overcome.

“It made promises it couldn’t keep,” he added. “The goals were too lofty, and if it had come to fruition then people would of [sic] been happy, but many of us knew there was going to be investors looking for returns that weren’t there.”

However, Savage was reluctant to apportion blame to any one person, even though both Pollack and Duke have been criticized for the roles they were perceived to have played in the demise of the company.

“Annie tried hard to do right by the players but had a lot to overcome with her public opinion, tarnished by Ultimate Bet and Daniel [Negreanu] slinging insults and negative comments about EPL … which turned out to be correct … about the failure of the project. Annie doesn’t deserve the blame for the Epic failure.”

When pushed about Pollack’s role, Savage relented somewhat. “Many businesses have attempted to succeed, and failed. Should [Pollack] take the blame? Maybe. Should he be crucified for it? No.”