Tony G wants a piece of Phil Hellmuth. Just four weeks after ending his political career, Tony G is back in the game and taking aim at one of his old sparring partners. 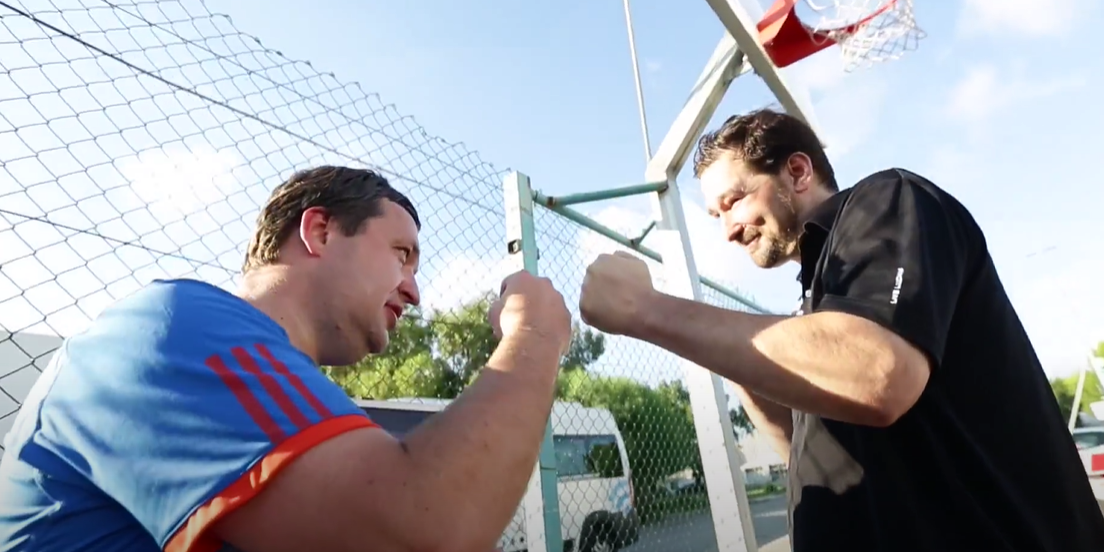 With everyone, including Daniel Negreanu, taking potshots at Hellmuth right now, the loudmouth Lithuanian wants to dance.

Tony’s tweet comes at a time when high-profile, heads-up battles are becoming the norm. However, for a match between two of the game’s best talkers to happen, it has to take place on TV.

A potential match between Tony G and Hellmuth would be epic. The two have butted heads on more than one occasion and, in turn, made poker on TV a mainstream spectacle.

When it's safer to travel, I'm taking @phil_hellmuth for a dance on the felt.

Who can set this up? International TV is a must!

Unsurprisingly, Tony G’s tweet brought back memories of old, and generated a new wave of interest. Alongside fans saying they’d “watch anything” the two were involved in, other names were thrown into the mix.

The outspoken Luke Schwartz and Will Kassouf have been touted as players who could raise the stakes when it comes to table talk. Doug Polk and Mike Matusow also have a lot to say.

We could even kill two birds with one stone and add Negreanu to the game. He’s currently trying to get a one-on-one with Hellmuth, but a ring game for bragging rights could also pique his interest.

In reality, if we’re laying odds, we’d say there’s a better chance of Hellmuth playing Tony G than Negreanu. The Poker Brat is a demonstrably strong player and his WSOP record speaks for itself.

But when it comes to playing heads-up against the game’s elite, he’s often more talk than action. Indeed, we can’t forget the famous incident with Tom Dwan in 2008 (see video above).

No Shortage of Challengers for Hellmuth

Hellmuth never accepted Durrrr’s challenge and, so far, he’s not accepted Negreanu’s. Neither has he responded to Tony G. He has, however, thrown out a few barbs on Twitter that suggest he may be willing to play someone.

We know Tony G has spent less time playing poker and more time fighting political battles over the last five years. That could be reason enough for Hellmuth to accept his challenge over Negreanu’s.

Would anyone be interested in a televised match between the two? Fans certainly seem to want it and, so it seems, does PokerStars.

The online poker operator was the first to respond.

The initial interest suggests a match may be brewing. However, Tony G might have to fight Negreanu if he wants the first shot at Hellmuth.