Tom Dwan Back in Spotlight, Will Play Live on New ‘Poker After Dark’

When Poker After Dark returns to poker-player video screens on Monday, August 14, a familiar face from poker’s most televised era will re-enter the spotlight. Former Full Tilt Poker pro Tom Dwan, known online as Durrrr, will compete in high-stakes cash games on the show that will air on PokerGO for three consecutive nights, Poker Central announced. 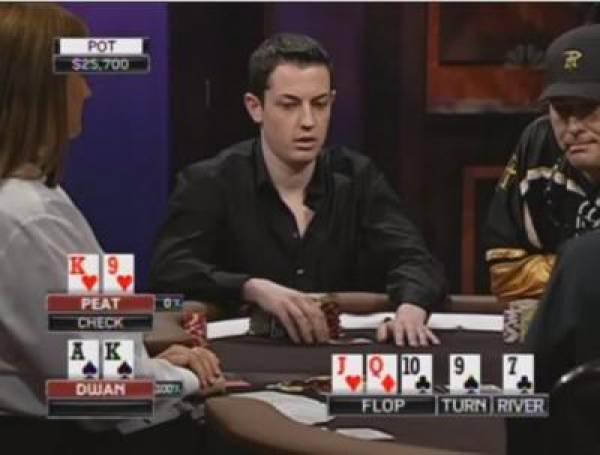 In what is sure to be a fan draw, the new Poker After Dark has secured Tom Dwan as a player for the first episode, which airs live, August 14, on the PokerGo app. (Image: YouTube)

Poker After Dark, one of the most popular poker television shows of all-time, makes its triumphant return next week for the first time since 2011.

The first episode, which will air live beginning at 5 pm PT, will pit Dwan, Daniel Negreanu, Antonio Esfandiari, Jean-Robert Bellande, Bill Klein, and Lauren Roberts against each other in a $200/$400 cash game with a $400 button ante.

On Tuesday and Wednesday, Doyle Brunson and Andrew Robl will replace Esfandiari and Negreanu at the table.

Poker After Dark lasted seven seasons from 2007 to 2011 before going dark following Black Friday, which of course froze up funds from the show’s primary sponsor, Full Tilt. But it was only a matter of time before somehow, some way, legendary producer Mori Eskandani and his company, Poker Productions, would find a way to bring it back.

Where Have You Been, Durrrr?

Tom ‘Durrrr’ Dwan has been non-existent on the televised poker scene for the past few years. He hasn’t competed in WSOP, Poker Night in America, or WPT events in quite some time.

Many poker fans have speculated about his disappearance, some going so far as to suggest he’s broke and in hiding. But apparently he’s just been busy playing the high-stakes cash games in Macau and other places around the world.

Prior to his departure from the US poker scene, Durrrr was a regular on televised poker shows, including Poker After Dark, from 2009 to 2013. Poker fans enjoyed his aggressive style of play and ability to pull the trigger on some sick bluffs.

Already a sensation amongst people who watched high-stakes online games on Full Tilt, Durrrr made his debut TV appearance on Poker After Dark in May 2009. A the time, he was considered by many the best online poker player in the world. Dwan appeared on five additional episodes that season, and also competed in the show’s finale in 2011.

Previous Poker After Dark episodes were taped and edited, but the return series will air live on PokerGO. Ali Nejad will return as commentator. He will be joined by Nick Schulman in the booth, making it the first time that Nejad has had a co-host on PAD with whom he can banter.

The broadcast duo has worked together before, commentating on WSOP events and the Aria Super High Roller Bowl. Nejad, in his previous role as a Poker After Dark announcer, allowed the players to be the main voices of the show.

After a six-year hiatus, a show poker fans everywhere loved is finally back.

can’t wait for Poker After Dark to return 🙂

This Monday I believe. Glad I didn’t cancel my pokerGO subscription!

does he win smth big i his carrier?