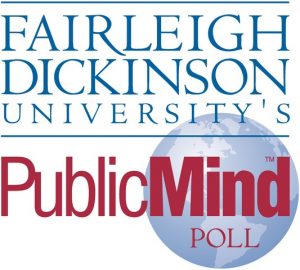 As the lines are drawn in the battle for online gambling regulation in the United States, both sides constantly rally support. Casinos, politicians and wealthy businessmen – all with their own agendas – often push out surveys to find a slice of the population that agree with their views.

Though often skewed, those surveys show the divisive nature of the topic among Americans. Even with the support regulation has had in the gambling community, a recent survey proves it still has a lot of fighting to do before nationwide acceptance.

In a poll of over 1,100 adults, Fairleigh Dickinson University’s Public Mind survey found that Americans prefer the legalization of marijuana (52 percent) over online gambling (20 percent). Only 4 percent of the respondents favored the legalization of both, with 18 percent preferring neither becoming legal.

Additionally, Fairleigh Dickinson University’s (FDU) survey looked at trend data dating back to 2010 on how attitudes have changed for online gambling legalization. 1,151 adults aged 18 and older were polled using landline and cell phones from April 21 through April 27, 2010. The margin of error was 2.9 percent.

When analyzing data from 2010, before any kind of betting was legal in the United States, FDU realized the numbers were only slightly different. In 2010, 67 percent of people opposed changing the law to allow online betting, with 21 percent in support. 2012 narrowed the gap with 60 percent opposing allowing states to run online gambling, with 27 percent in favor of it.

Only Nevada, New Jersey and Delaware have entered the online gambling market so far, even if other states are expressing interest in doing so. That being sad, the survey found that 65 percent of Americans aren’t following the issue very closely. Even with that information, 63 percent opposed allowing casinos to run online gambling for people in their states, with only 27 percent approving. Gender wasn’t necessarily a factor, either. 56 percent of men opposed online gambling, with 34 percent in support. Those figures weren’t as close with women, who had a margin of 69/20 percent.

“More and more states may be considering it, but the public doesn’t seem to be buying it,” said Dr. Krista Jenkins, director of Public Mind and FDU’s professor of political science. “Right now, online gambling looks to be a long shot in the court of public opinion.”

Though the survey isn’t the last we will hear about online gambling and public opinion, it was plain to see that regardless of age, gender or political affiliation, marijuana legalization was simply more of a known topic. But FDU’s efforts did lack the common bias seen with surveys taken by other groups which have a tendency to poll those who support their individual cause.

That result is ridiculous.The mindset of the U.S. public boggles my brain.
Poker is a great recreation for most people and does no lasting damage unless someone has an addictive personality and the could just as well throw away money on any form of gambling.
My son has been using dope since age thirteen and is now heavily addicted and uses a wide range of drugs, doing damage to his mind and body.
I have many online poker friends who are being blocked from having a pastime that does few harm and gives many pleasure.
For once the U.S.A. legislators, should get something right and legalize online poker.

4. Cardschat Interview: Nathan Gamble on Mixed Games, 2 WSOP Bracelets, and Bringing the Fun Back to Poker

4. Cardschat Interview: Nathan Gamble on Mixed Games, 2 WSOP Bracelets, and Bringing the Fun Back to Poker