Server Issues Force Partypoker to Cancel MTTs, ‘Sorry’ Not Enough for Some Players

As Storm Ciara battered the UK and parts of Europe on Sunday, Partypoker and Americas Cardroom have been caught in storms of their own. 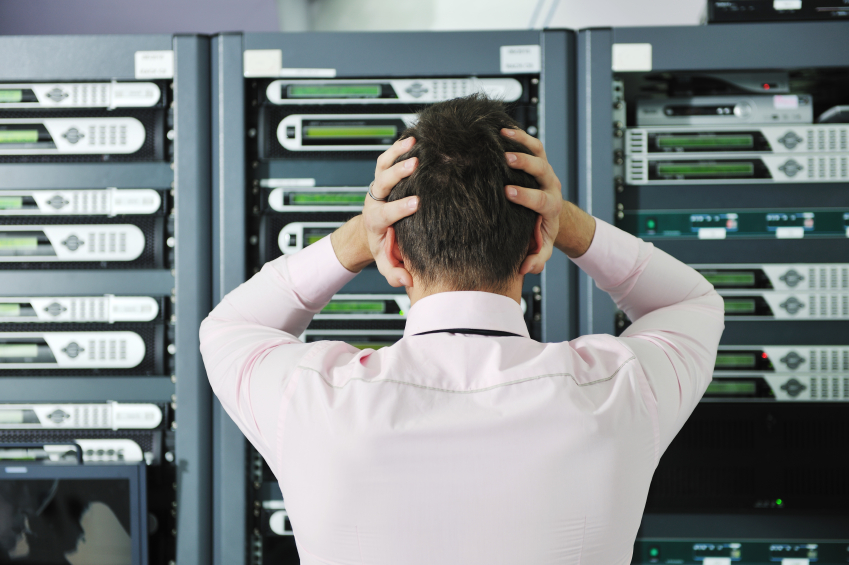 Partypoker and Americas Cardroom have been forced to apologize after server outages led to tournament cancellations. (Image: Master Computing)

Despite plans for a busy day of tournament action, Partypoker bosses cancelled dozens of MTTs on Sunday.

Although links to the storm crossing Europe may be coincidental, the technical glitches started at lunchtime on Feb. 9.

The first in a series of tweets was a simple acknowledgement of the server issues, coupled with a promise that technicians were working on the problem. Within an hour, it was clear the dark clouds had set in for the day.

Despite delaying all events scheduled to start at 20:30 CET, Partypoker’s tournament team couldn’t hold out indefinitely. With no resolution in sight, all remaining MTTs were cancelled.

Those that were in progress, including the Partypoker Million, were settled according to the operator’s cancellation policy.

We have cancelled all tournaments up to 23:30 CET. We aim to settle them within 48-hours as per our tournament cancellation policy, which you can read here: https://t.co/kNJcfTHs0x

Please accept our apologies for the inconvenience. pic.twitter.com/u3NFloQ2FX

As per Partypoker’s cancellation policy, buy-ins and entry fees for scheduled MTTs were refunded. For tournaments in progress, players with stacks were given their buy-in and fees back, plus a share of the prizepool.

“Players still in the tournament will be refunded the amount that would have been awarded to the next player to be eliminated from the tournament. 50 percent of the remaining prize pool will be distributed equally between the remaining players, and 50 percentage will be distributed on a percentage basis according to each player’s chip count,” reads Partypoker’s terms and conditions.

Once the decision was made, Partypoker advisor Rob Yong apologized to those affected.

Sorry for lack of replies, had some jetlag. I cant keep apologising for these crashes ⁦@partypoker⁩ but I will go and see ⁦@tom_waters⁩ on Tuesday and report back to you what the plan is to become a lot more stable ? pic.twitter.com/incQxCUB6c

Although the refund process is black and white, the server problems have still left a sour taste. The new Partypoker Million only launched in November 2019 and, already, it’s been cancelled twice. For some players, that’s not good enough.

The main criticism aired via Twitter is the Partypoker’s customer service. Response times, according to those affected, have been poor.

If there’s one saving grace for Partypoker it’s that it wasn’t the only operator to suffer technical issues over the weekend. Americas Cardroom experienced a similar series of outages before server restart was ordered.

In the time it took to reboot the site, all MTTs were canceled and those affected were compensated according to the operator’s terms of service.

MTT cancellations are nothing new. Partypoker, Americas Cardroom and even PokerStars has suffered similar breakdowns in the past.

In 2018, an unexpected outage meant the finale of Partypoker’s $10 million KO Series had to be cancelled. However, even if players are willing to overlook missed opportunities, the problems call into question the reliability of online poker sites.

A certain amount of instability is expected. Whether it’s due to an influx of players, unstable updates or security breaches, problems happen online. The challenge for Partypoker and Americas Cardroom now is how they respond.

Apologies and refunds will settle any initial backlash, but players will want reassurance that steps are being taken to ensure similar server issues don’t happen again.

Hate to say it out loud, but it seems PS still has the best software/server protection of all the other clients. Even if people are not directly affected by this, it may dissuade them from playing on PP

If party Poker wants to keep their paying members – they have a lot to do.
If they want to have tourneys with millions of dollars worth of prizes , then they should not be skimping on their software to support these big events.
One would think they would keep on their site period and they should have the best tech support that money can buy.
If I wasn’t not playing on Party Poker , this situation would be enough for me to delete my account !!
I would be livid – like the others .