An alleged loanshark targeting casino patrons, a Bronx politician pushing for a casino, and an online poker bill failing in Kentucky — yet again — are a handful of short stacks CardsChat picked up in last’s week poker orbit. 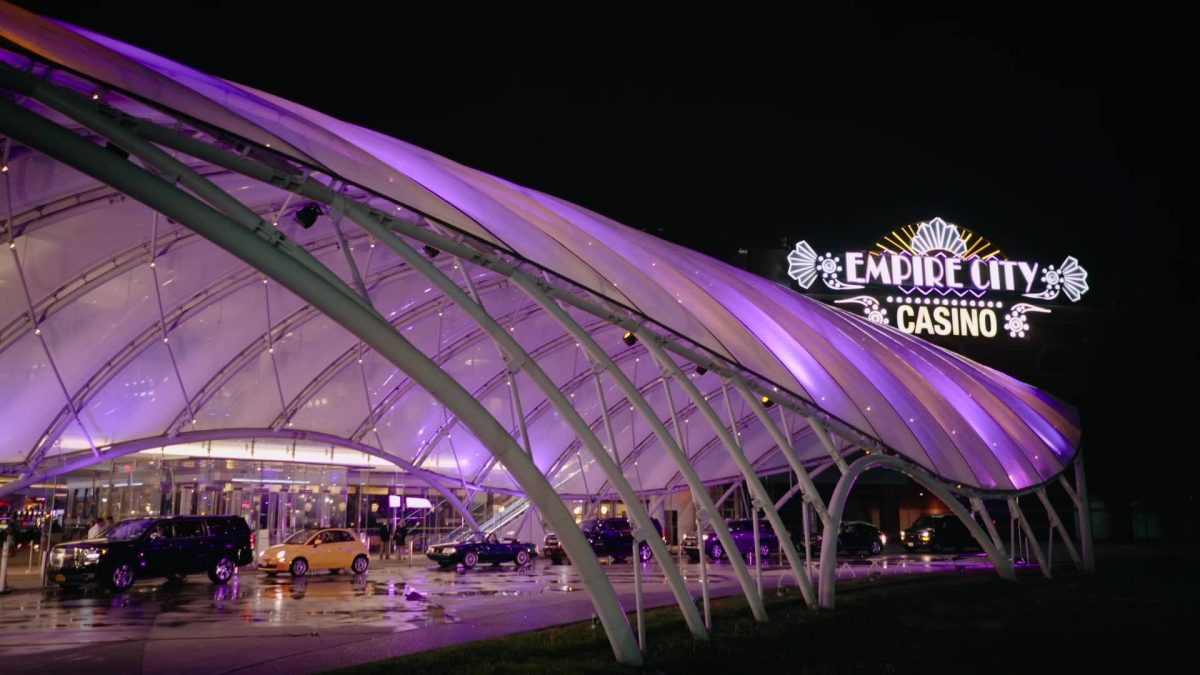 MGM Resorts, owners of Empire City in Yonkers, is a favorite to secure one of the three casino gaming licenses available in New York. (Image: Empire City)

State Assemblymember Amanda Septimo, who represents the Bronx, thinks Hunts Point would be a good spot for a New York City casino, but she wants to hear what her constituents think about it.

“We never want to be in a position where folks are feeling like the project is being jammed down their throat, that they weren’t considered or talked about,” she told the Bronx Times.

She cites the number of jobs and amount of money a new casino could bring to the Bronx, but concedes the competition to secure one of the three available licenses will be stiff. Especially since, in reality, only one casino license is probably available.

“It’s the most popular hypothetical,” said Addabbo, who chairs the committee on racing, gaming, and wagering. “People don’t want a lot of new gaming sites.”

The owners of those racinos, the Genting Group and MGM Resorts International, have already applied for the table game licenses that cost $500 million. That leaves just one casino license up for grabs in one of the most lucrative markets on the globe, something just about all of the world’s biggest casino corporations want to secure.

The licenses will be awarded sometime this year.

A bill that would legalize online poker and sports betting in Kentucky failed to pass for the fourth year in a row without ever even seeing a floor vote.

Sponsored by House member Adam Koenig (R-Erlanger), HB 606 squeaked through the House in March, but died in the Senate Committee on Economic Development, Tourism, and Labor. Kentucky’s legislative session ended Thursday without the legislation receiving a hearing or a floor vote.

Koenig’s bill passed the 100-member House 58-30 on March 18, with all 21 Democrats and 37 Republicans voting yes. The bill needed a dozen Senate Republicans to vote with all of the Democrats, but died in committee because the bill would have been four votes short.


The Massachusetts Attorney General’s Office is accusing a woman of lending money to casino gamblers with more juice than a Florida orange.

According to The Boston Herald, Kimanh Le, 50, of Quincy, Massachusetts was arraigned this past week in Suffolk Superior Court on four counts of criminal usury. That’s loansharking, you mooks. She was taken into custody at the Encore Boston Harbor Casino.

Prosecutors claim she loaned casino chips and cash to desperate punters at 5% interest per day or 10% interest per week. Massachusetts caps interest rates at 20% per year.

Teddy KGB and Grandma would approve.

The Morongo Casino Resort and Spa in Palm Springs opened a new 20-table poker room this month. The revamp is part of an expansion that began in 2020 and included a new, 250-seat bingo hall, enlarging the casino floor, and renovating all of the resort’s 310 rooms.

The casino’s old poker room had a dozen tables.