From a casino proposal in Manhattan with parking for flying cars to a historic groundbreaking that marks the beginning of a new era for casino gambling in Virginia, to voters rejecting a casino in Louisiana on Saturday, it was a busy week for casino industry news. Here’s a round-up. 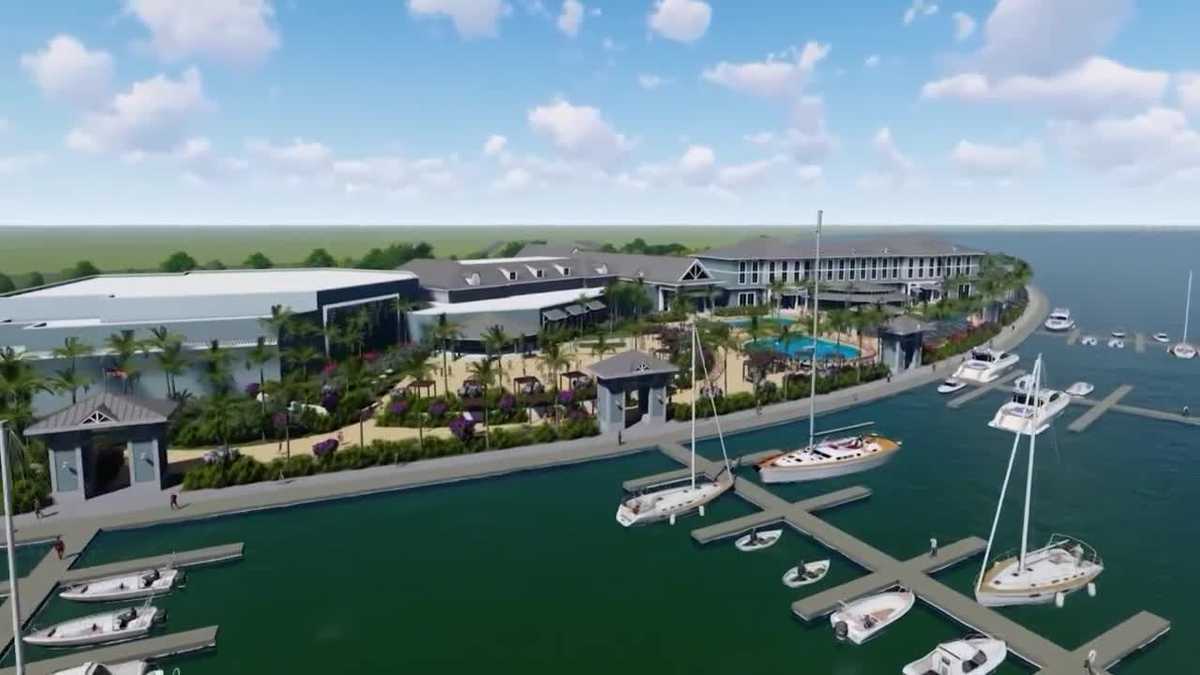 Peninsula Pacific Entertainment (P2E) wanted to build Camellia Bay Resort on the shore of Lake Pontchartrain in Slidell, about 25 miles north of New Orleans. Sixty-three percent of the voters said no to the proposal after what New Orleans public radio station WWNO called “a contentious and costly” campaign that pitted potential economic benefit against the threat of increased crime and decreased property values in the parish.

P2E and the political action committee supporting the project spent more than $5 million.

In rejecting the project, voters passed on a deal for the casino to share 5% of its adjusted gross gaming revenue with local governments. P2E expected that amount to be $7.5 million to $9 million annually.

Shovels dipped into the dirt in Virginia last week in groundbreaking ceremonies that launched the construction of a new casino in the state. 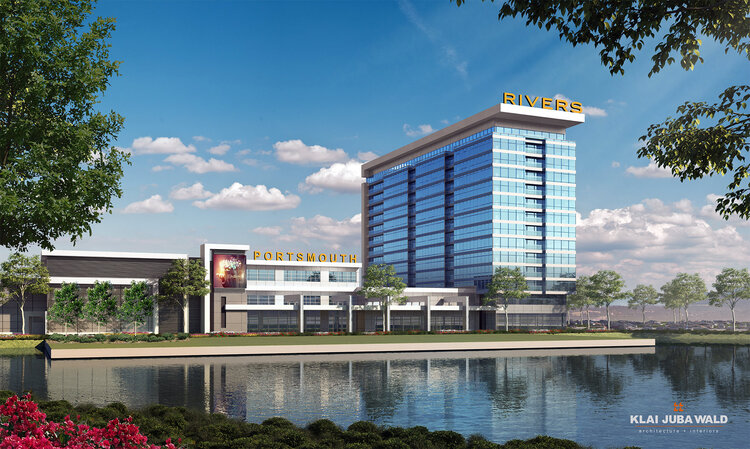 Construction for the Rivers Casino in Portsmouth, Virginia., began with a groundbreaking ceremony this week. (Image: riverscasinoportsmouth.com)

In Portsmouth, Virginia, representatives from Rush Street Gaming joined local officials Tuesday to break ground on its $300 million Rivers Casino, which is set to open in early 2023. A representative of Rush Street confirmed to CardsChat that it will have a poker room.

It’s the first casino to begin construction after the Virginia House and Senate approved casinos in the cities of Danville, Bristol, Richmond, Portsmouth, and Norfolk in 2020. It will be the fifth Rivers Casinos casino operated by Rush Street.

At the groundbreaking for the $300 million Rivers Casino Portsmouth project—the first in Virginia 🎰 pic.twitter.com/nXDJwNU5vl

Also in Virginia, Hard Rock International announced it will soon begin construction of a temporary casino in Bristol that is expected to open in the second quarter of 2022. It will be located in the old Bristol Mall. Construction of the permanent casino will begin sometime next year.

New Illinois casino is no bluff 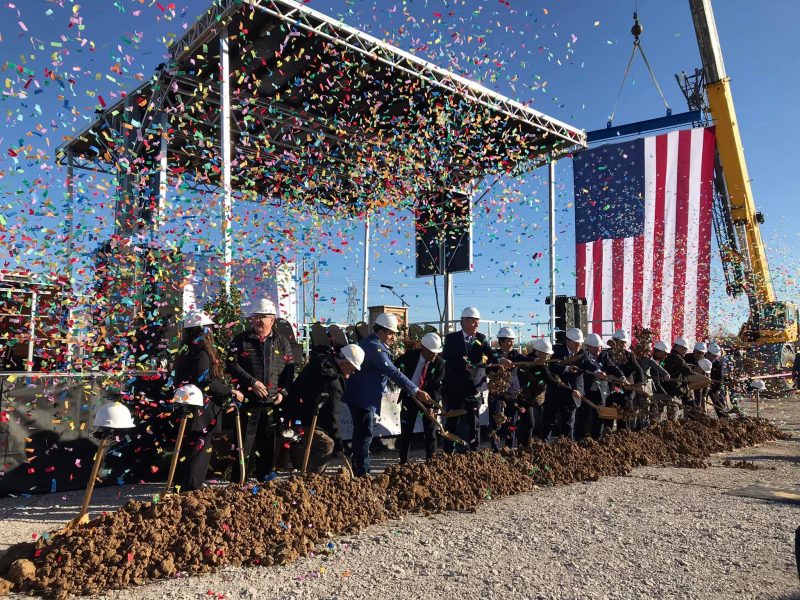 In Carterville, Illinois, officials and local dignitaries were on hand Wednesday for the ceremonial start of construction of Walker’s Bluff casino, a $180 million project that was approved by county officials in 2019.

The casino, which is projected to open in early 2023, will offer 650 slot machines, 20 table games, and a sportsbook, and will aim to employ 400 people once construction is complete. 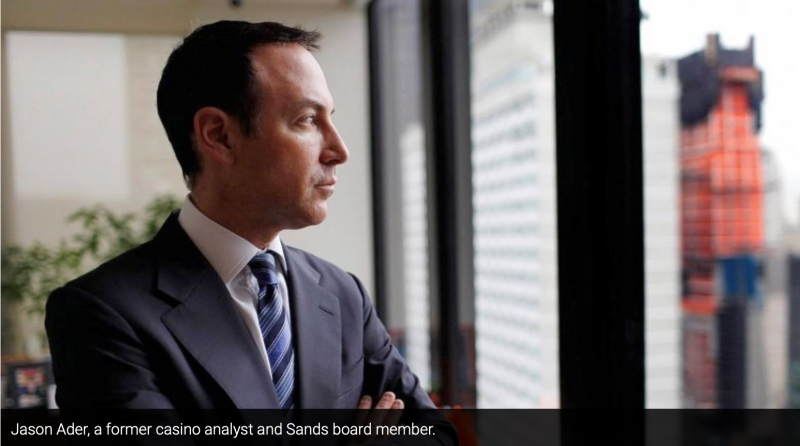 Jason Ader is looking toward the future with his proposal to build a new, $3 billion casino and crypto-trading floor in New York City. (Image: GNews)

Businessman Jason Adler is submitting plans for a futuristic casino he wants to open in New York City that includes a landing pad for flying cars and a floor to trade cryptocurrency. Called Mirai — Japanese for “future” — plans also include an eSports arena.

Adler, a former casino industry analyst and Sands board member is partnering with Japanese gambling giant Universal Entertainment Corp. on the proposal. He told Bloomberg that the project, which he would like to build in Manhattan, could cost upwards of $3 billion.

New York voters approved to allow companies to build seven, non-tribal casinos in 2013, four of which have already been built in upstate New York.  MGM, Genting Group, Las Vegas Sands, and Bally’s are among the other operators who have expressed interest in building casinos in or near New York City. 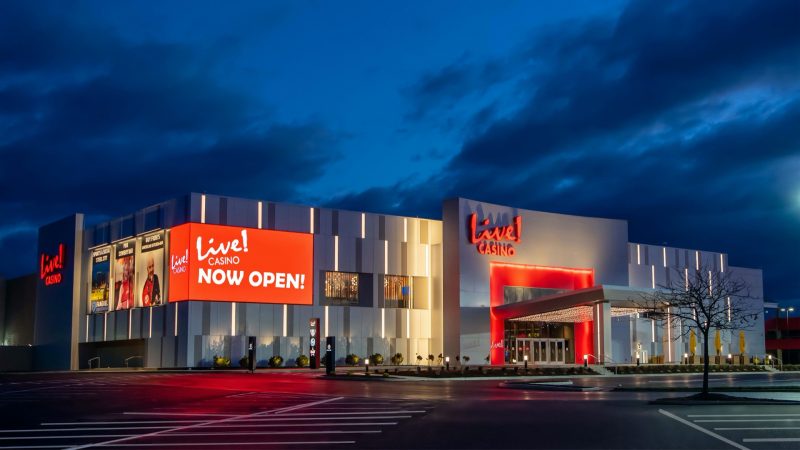 Live! Casino Pittsburgh is looking to open a new poker room before the end of the year. (Image: The Cordish Companies)

Although an official announcement has yet to be made, Live! Casino, located about 30 miles east of Pittsburgh, will open its poker room later this month if Pennsylvania’s Gaming Control Board approves its application on Dec. 15.

A media tour is scheduled for Tuesday. The casino was just sold this week.

Gaming and Leisure Properties, Inc., a real estate company that owns dozens of casino properties across the US, announced it bought the three Live! casinos from the Cordish Companies for $1.8 billion on Monday. In addition to the newly opened Live! Casino in Pittsburgh, the deal includes Live! Casino in Maryland, and Live! Casino in Philadelphia.

While Gaming and Leisure Properties, Inc. will own the properties, the Cordish Companies will lease and operate the casinos.

The deal is subject to approval by the gaming boards in Pennsylvania and Maryland.