Forbes magazine recently released its newest rankings of the 400 wealthiest people in America, and two on the list have notable connections to the poker world. Sheldon Adelson and Andy Beal, both known by poker players for different reasons, cracked the top 45. 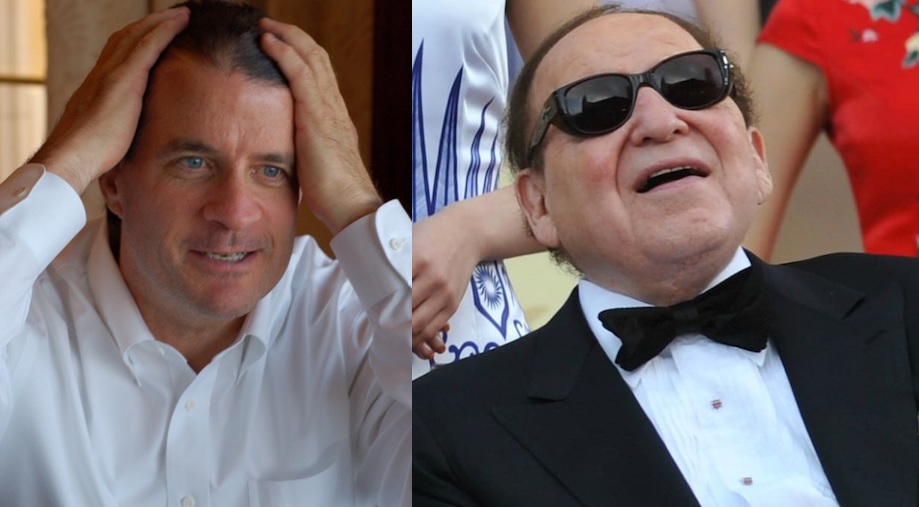 Andy Beal (left) supposedly lost $5 million in a single session to Todd Brunson once, while Sheldon Adelson (right) has grown his total wealth by 31 percent since the election of Donald Trump. (Image: AP/AFP)

Adelson, the CEO of Las Vegas Sands Corp., the company that owns the Venetian in Las Vegas and multiple casinos in Asia, checked in at #14, worth an estimated $35.4 billion.

That ranking is an improvement over last year, when he was 22nd, with a net worth of about $27 billion. Overall, his personal fortune grew by more than 31 percent.

Adelson isn’t a poker player, but he does own the Venetian in Las Vegas, home to one of the most popular poker rooms in the world. But there are many poker players who refuse to play there due to his anti-online poker stance.

The GOP megadonor has long been on a crusade to get internet poker banned in the United States. And though he has been unsuccessful at passing his Restoration of America’s Wire Act (RAWA), his interest in the issue has kept many recipients of his political donations from considering other bills supporting online poker and gambling.

Unlike Adelson, Andy Beal is a poker player, and owner of Beal Bank. He considers himself a number theorist who used his math skills to invest wisely, and can use them to win at poker … if the stakes are high enough.

According to Forbes, Beal is currently worth an estimated $10.9 billion, good for 45th on Forbes’ annual measurement of who’s got the biggest bank accounts. In 2016, he was 115th on the list, worth a measly $9.4 billion.

It all started back in 2001 when Beal would get action in Las Vegas at Bellagio against some of the best high-stakes pros in the world, such as Doyle Brunson, Barry Greenstein, Jen Harman, Phil Ivey, and Todd Brunson. He mostly faced off against this group of players, dubbed “The Corporation,” in heads-up matches at the highest possible stakes. Harman, in a 2016 podcast interview with Daniel Negreanu, said the blinds in limit hold’em games would go as high as $100,000/$200,000. No, that wasn’t a typo.

In 2006, he lost $16.6 million over three days to Ivey. Five years later, he allegedly lost about $50 million during three poker games against amateur players, including actor Tobey Maguire.

A representative for the banker disputed the amount Beal lost during those 2011 sessions, however.

“The amounts stated in your e-mail to us concerning Mr. Beal are inaccurate. Beyond that, Mr. Beal has no further comment,” the representative said in a statement to Business Insider.

In 2015, Beal reportedly dropped $5 million to Todd Brunson in Bobby’s Room at Bellagio during one session.

Beal doesn’t lose every time he sits down at the poker table, however. In fact, he’s scooped some multi-million-dollar pots, including an $11.7 million pot at Bellagio in 2004.