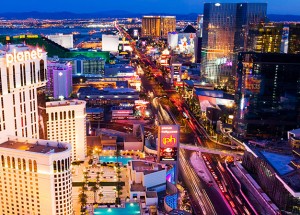 The gambling state represents a large portion of the small online gaming market in the United States right now. For players who get their fix at land-based casinos, Las Vegas is seen as one of the world’s gambling meccas.

Television and film paint the state as the go-to destination to win big or lose hard. With all the bright lights, spinning roulette wheels and packed casinos, it would make sense that Nevada’s gaming market is a well-oiled machine that constantly pumps revenue into the state.

But despite what those images may suggest, Nevada’s casino and online gambling industry aren’t on the rise, and that includes the state’s still incipient online poker industry.

The Nevada Gaming Control Board released its September earnings report and the results for online gaming aren’t great. The three real-money sites operating in Nevada collected a combined $693,000 in rakes and fees during the month of September. This represents a decline of 8.9 percent from last year. Nevada started releasing official revenue figures for online poker in February, and September’s numbers represent the lowest total seen as of yet.

WSOP.com, Ultimate Poker and Real Gaming represent the entirety of Nevada’s online poker operations providing real-money play. In August, the three sites had a combined revenue of $742,000, which was the lowest revenue figures at that point. September’s revenue represents a drop of 6.7 percent.

Nevada’s online poker market hit a profitable spike in June during the World Series of Poker. That month, $1,037,000 in revenue brought the market to its highest point to date. July then saw a slight decline to $985,000.

Nevada’s casino industry also hit a snag for the second month in a row. Across the Silver State, casinos collected $901.7 million in win, compared to August’s $920.2 million. This represents a 5.96 percent decrease when compared to September 2013, when gaming win totaled $958.9 million.

Strip gaming revenue dropped to $494.8 million, compared to September 2013’s $563.1 million. Lucky high-end baccarat and blackjack players are seen as the biggest factors in that decline. The Strip’s baccarat revenue declined by 29.6 percent to $81.3 million. Blackjack revenue fell 27.3 percent, while the volume was down by 15.5 percent.

In light of the revenue slump, there were some positive areas of increase. Sports wagering revenue for Nevada was $44.6 million, an increase of 12.2 percent in September. This represents the fourth-highest revenue total for a single month from sports wagering in Nevada’s history. Revenue for slot machines was down 3.8 percent for the month, but the amount wagered grew by 2.3 percent, the fifth straight month of increase.

Though the revenue figures for both land-based and online gaming operations are on the decline, industry analysts see a potential recovery for Nevada and Las Vegas. Most licensed online operators in the state do not offer real-money options. With only three sites bringing in revenue, a lot of money is yet to be made, they predict.

For Nevada, poker is the only offering to players online. Mobile sports betting is offered by some companies but, despite its increase in September, the state doesn’t count it as online gambling.

The online gaming market in the US is predicted to reach $5.2 billion by 2020. Yet this number is lowered from previous estimates and if the industry continues the downward trend, the predictions may have to be lowered yet again.