The Seminole Hard Rock Tampa poker room proved on Thursday that many poker players are starved to play cards. Hundreds of players flocked to the Central Florida casino when it reopened last night. 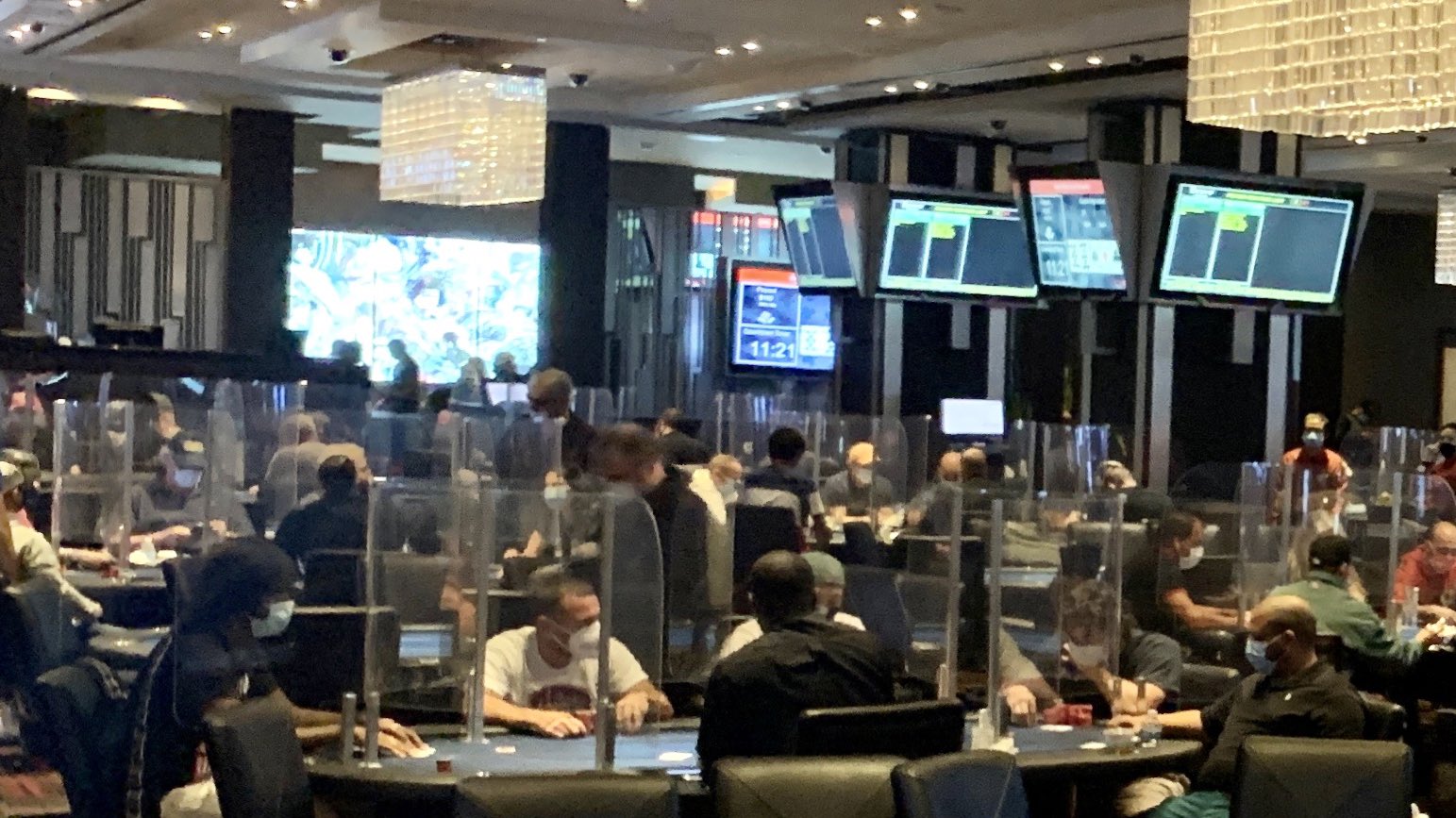 Another poker room in Florida — One Eyed Jacks in Sarasota — reopened Friday morning. The West Central Florida card room implemented health safety measures that include requiring players to submit to a temperature check before entering the building. Plexiglass dividers are in place to give some space between the players.

We are opening tomorrow Friday May 22nd at 10am. We are spreading 8 handed cash games with plexiglass dividers throughout the room #skcpoker pic.twitter.com/jxNhrhz7MZ

Seminole Hard Rock Tampa became one of the first card rooms in the US to reopen since the coronavirus hit. And if the poker room’s first night is any indication, there’s still demand to play live poker despite COVID-19. More than 96,000 Americans have died from the virus, including 2,200 in Florida.

On Thursday, poker players in Tampa were ready to put quarantine behind them to play cards. Shortly after the casino reopened, 18 tables were in action and the waiting list hit well over 100 players.

Demand was high, but not quite as high as it may seem. The card room implemented a six-max limit on each table, so while there were many games in action, there were fewer players in each game than normal. Many poker rooms around the country have decided to limit the number of players per table due to social distancing guidelines.

How Long Will They Continue Playing?

Thursday’s busy day at the Tampa card room ran over to Friday morning. At 10:30 am ET on Friday, seven games were still in action, and each game had at least a few players on the waiting list.

But will the demand continue throughout the duration of the global health pandemic? Or, is this just pent up demand from gamblers who were desperate to play poker? That’s a question no one can answer right now, but we’ll find out the answer in the coming weeks and months.

Many players on social media said they don’t fear the virus and are excited to get back to playing live poker. Others, however, argue that it’s too early to begin opening casinos and said they’ll stay away until the virus has been defeated or a vaccine is available.

Most health experts expect it will take at least 12-18 months until we have a vaccine. Still, six-handed poker hasn’t traditionally been beloved by recreational players. So, even if the pros aren’t worried about catching the virus, will there be enough recreational players at the tables over the long term to make the games profitable?