Save the Dates: Partial World Series of Poker Schedule Released

Caesars Entertainment teased the pokerverse with a partial schedule drop for its 54th version of World Series of Poker on Monday. 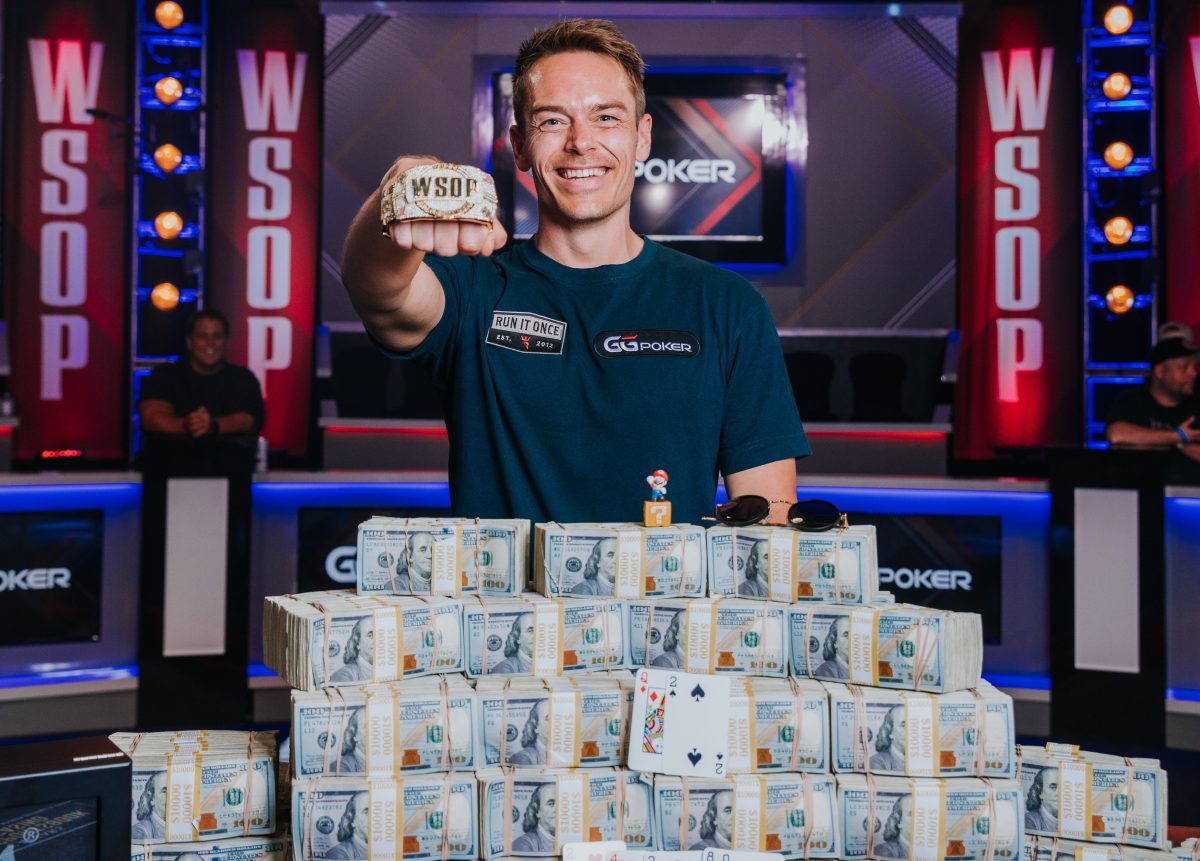 Espen Jorstad will defend his championship at the 2023 Main Event which begins July 3. (Image: WSOP)

The biggest series of the year starts May 30 and runs until July 18. The first day of the $10K Main Event is July 3. A full schedule will be released in early 2023.

The WSOP teased a new “Gladiators of Poker” event on June 7. The $300 event will have a guaranteed prize pool of $3 million.

Although not listed, the employees’ event usually kicks off the series. A day later, on May 31, the $1,000 mystery bounty tourney will take place. Bounties worth between $10K and $1 million will be drawn for those who make it to Day 2 and knock other players out.

Though not listed, the last tournament of the Series will be the Tournament of Champions, a $1 million invitation-only free roll open to bracelet and WSOP Circuit winners.

According to the WSOP, last year’s Series saw 197,626 entrants from more than 100 countries who generated a record-breaking $347.9 million total prize pool.

2023 will be the second year that events take place at Paris and the soon-to-be rebranded Horseshoe Las Vegas on the Las Vegas Strip.

“With more than six months to go from the start of the next WSOP, you can already feel the anticipation building at our resorts,” said Jason Gregorec, SVP and General Manager of Paris and Horseshoe Las Vegas in a press release. “The tournament delivered unforgettable moments during its debut on The Strip, and we’re excited to welcome back poker’s premier event of the year. We can’t wait to see the first WSOP Main Event champion crowned at the new Horseshoe Las Vegas.”

Reduced room rates are available for players who book early and use the “WSOP23” discount code, and online preregistration will open after all events have been determined and approved by Nevada regulators.

Here’s what the WSOP gave us today: 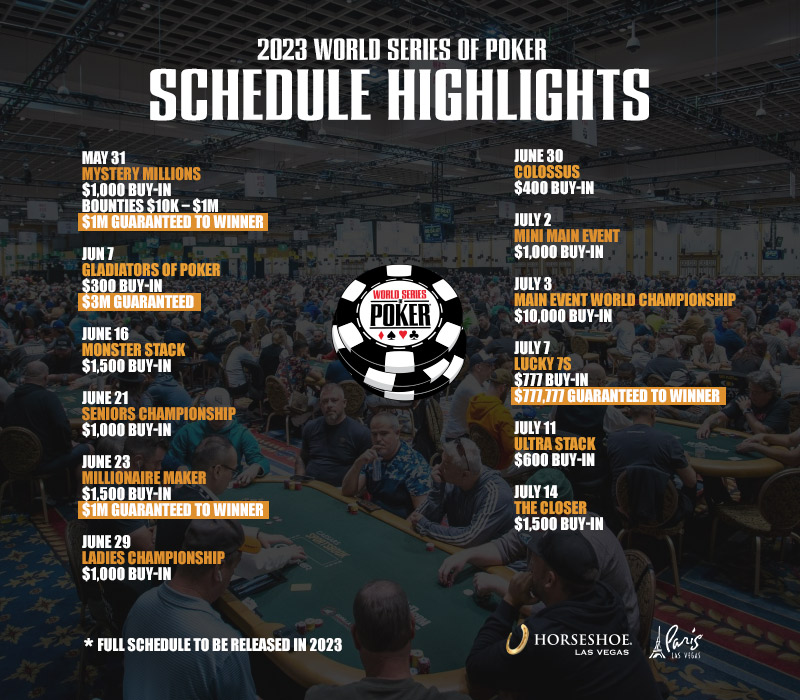