Some players have a tendency to look down on casino table games that are based on poker. But that won’t bother one lucky man who earned a jackpot of A$3.6 million ($2.5 million) by making a royal flush while playing Texas Hold’em Poker at the Crown Perth Casino in Australia. 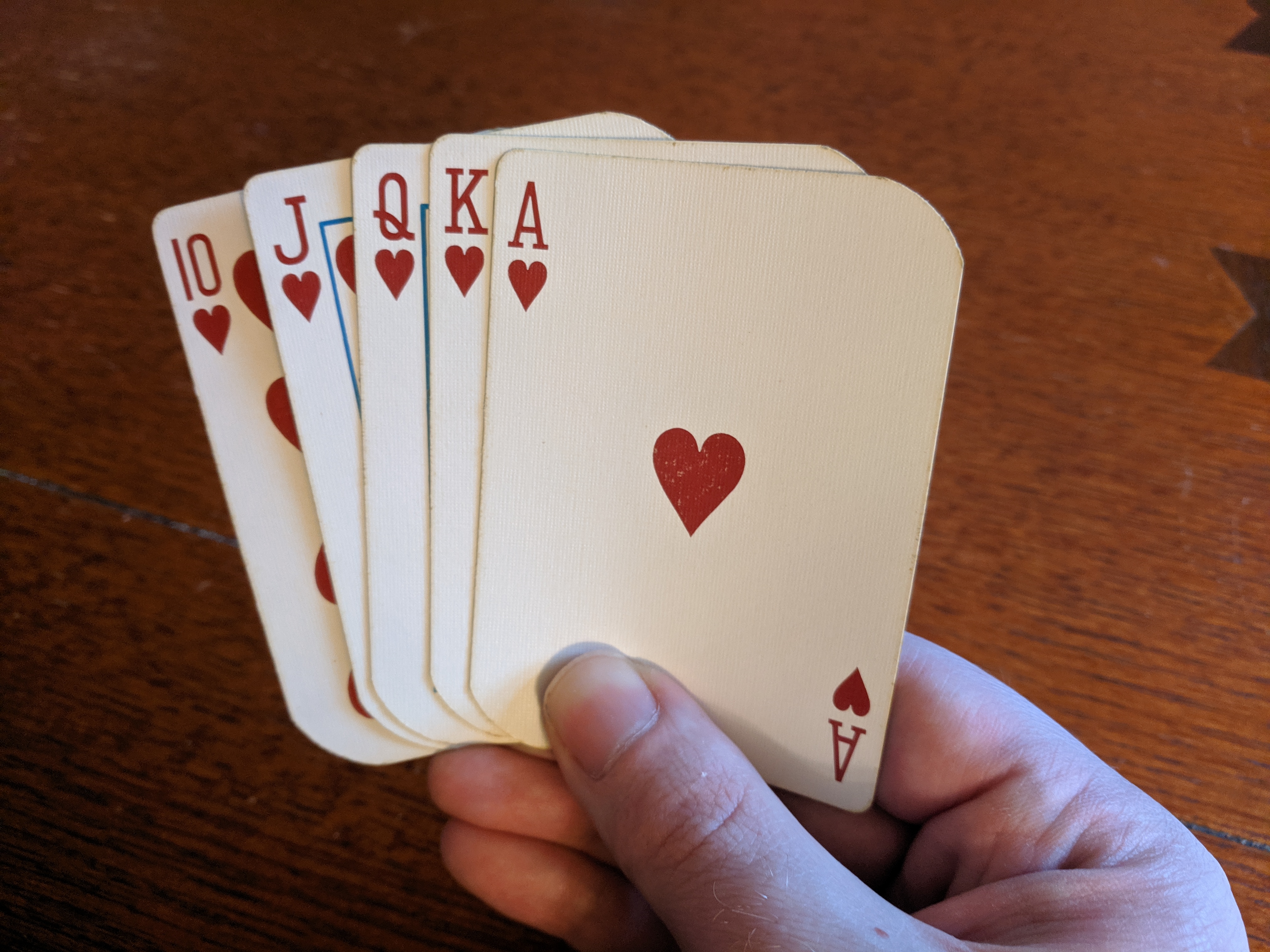 A royal flush paid off for one gambler in Australia, who took down a prize worth $3.6 million from a progressive side bet. (Image: CardsChat.com)

The gambler, who has remained anonymous since his big win, won the jackpot on a progressive side bet that paid off when he made his unlikely hand.

The jackpot came on an A$15 ($10.40) bet, the largest of three progressive side bet pots that players can pay into when playing the casino’s poker-based table game selections.

The winning hand took place on Saturday night, and shattered the previous record jackpot at the casino, which had stood at about A$2.7 million ($1.88 million).

“To have a record breaking $3.6 million won at Crown Perth is quite extraordinary,” Crown Perth COO Lonnie Bossi told the West Australian. “This is Australia’s biggest ever jackpot won on the tables and I am so excited to see that go off here…it is really pleasing that our local patrons don’t have to travel far to win big.”

According to the Crown Perth website, the casino offers a number of different table games based on poker, including Crown Hold’em Poker and Crown Stud Poker.

While precise rules or these games aren’t available, the site does outline the jackpot system. The pay table will look familiar to those who have played Caribbean Stud Poker before and have taken a glance at the progressive jackpot display there.

Players contribute to the progressive by making a bonus wager. If a player participating in the jackpot game makes a royal flush, they’ll win the entirety of the displayed amount, while a straight flush is good enough to win 10 percent of the jackpot.

Interestingly, the Crown games use three different pay tables depending on whether a player wants to make a $5, $10, or $15 wager. Those three amounts contribute to three different jackpots, with players only able to win out of the pools that their bet has funded. Lower value prizes are scaled based on the size of the bonus wager: for instance, a full house wins $500 off of a $5 bet, but will earn a player $1,500 from a $15 progressive bet.

It’s unlikely that a jackpot of anywhere near the size of the one hit this past weekend will occur anytime soon. Even the largest jackpot starts over at just A$75,000 ($52,200), and had only added a few thousand dollars to that amount by Monday morning.

That’s not to say that locals won’t try, however. Australians are famously the largest per-capita bettors in the world, with a 2016 study by H2 Gambling Capital finding that the average Australian adult had lost nearly $1,000 on various forms of gambling in the previous year.

this is a hand that is impossible to get yet but earns 3.6M, one day I want to be lucky to get a perfect hand like this

What a way to win the biggest prize in Australia that has won at the tables of the Crown Perth casino $ 3.6 million and with the most difficult hand to obtain in poker, the royal flush. Congratulations to the lucky Australian.