Roger Hairabedian played his way to victory in the first King’s Casino Pot-Limit Omaha (PLO) high-roller tournament since the casino reopened for business. 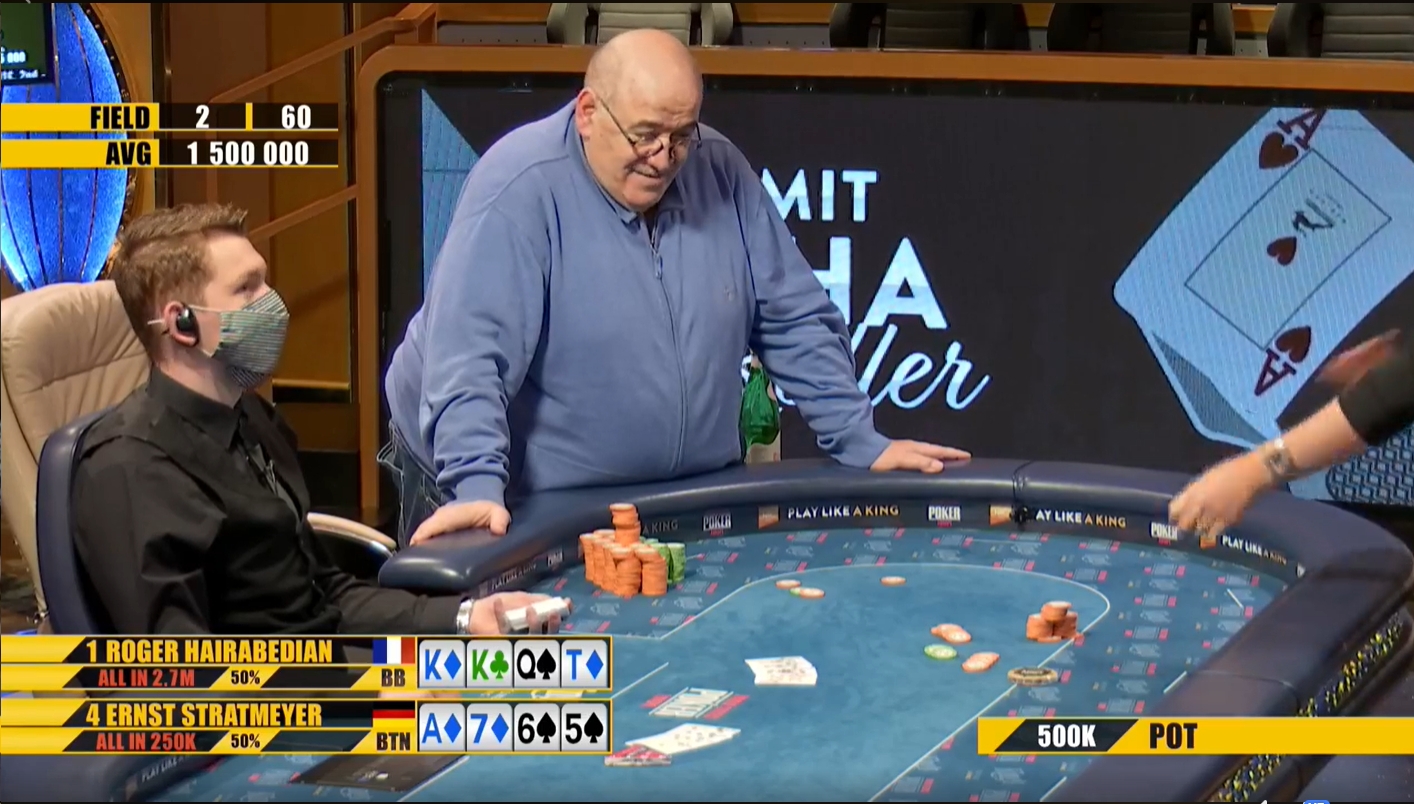 The $2,500 buy-in tournament kicked off on Saturday with 60 entrants. Six 30-minute levels were enough to whittle the field down to just a handful of players inside the Czech casino.

Jan-Peter Jachtmann was out in front at the start of Day 2, but he was soon usurped by Hairabedian. The Frenchman seized the momentum early on Sunday and used it to dominate the finale.

With Hairabedian on the ascent, Jachtmann’s descent continued. The 2012 WSOP PLO bracelet winner eventually hit the rail in 12th place after his top pair was bested by Christian Stratmeyer’s two pair.

At this point, Stratmeyer and Hairabedian took control. The latter eliminated Saeed Rehman and Pedjman Hamie to take the tournament down to eight. Those eliminations also gave the Hairabedian the chip lead; a position he never relinquished.

With only seven players getting paid, the final table was tense. When Jonas Kronwitter took out short stack Hassan Mattout, the chips began to flow. More importantly, they began to flow in Hairabedian’s direction.

With a PLO bracelet from the 2012 WSOPE in his collection, the Frenchman is used to playing four-card holdings at the highest level. This experience showed as he eliminated five of the final six players.

In the end, Stratmeyer couldn’t stop, let alone slow, Hairabedian. Although he cracked Hairabedian’s aces to double up, the title was only going one way. A full house put Hairabedian in a commanding position before a straight sealed the deal.

Stratmeyer committed the remainder of his stack with A♦ 7♦ 6♠ 5♠. Hairabedian matched the bet with K♦ K♣ Q♠ T♦ and it was off to the flop. Q♥ 2♥ J♦ made Hairabedian an overwhelming favorite. The A♠ put the win beyond any doubt before the 9♣ completed the board.

The latest action from King’s might not be noteworthy under normal circumstances, but these are special times for poker. King’s Casino Rozvadov is one of the first major poker venues in Europe to reopen since COVID-19 restrictions were put in place.

Following an initial selection of cash games, the sound of riffling chips has slowly started to echo around the venue. Significantly, players are free to play without face masks or plexiglass screens at the table.

Notable pros such as Bertrand Grospellier and Tony G (see tweet above) have already taken advantage of these conditions, as have many others. The PLO higher roller beat its $111,000 guarantee by a comfortable margin, which suggests poker players aren’t concerned about a second wave of COVID-19.

With the Czech Republic’s daily infection rate as low as 42 in recent days, there is hope the WSOPE can return later this year. Although the summer series has been moved online, the European offshoot typically takes place in October.

Officials haven’t made any announcements yet, but King’s Casino currently has a number of WSOPE tickets up for grabs in its forthcoming tournaments. This could be a sign that the event will go ahead in some capacity.

Whatever the next few months have in store, live tournament poker is currently alive and well in Europe.