The Revel Casino lost its poker room in August of 2013, a full year before the doomed property, which had once been deemed the future for chic gaming in Atlantic City, shut its doors for good in September 2014. 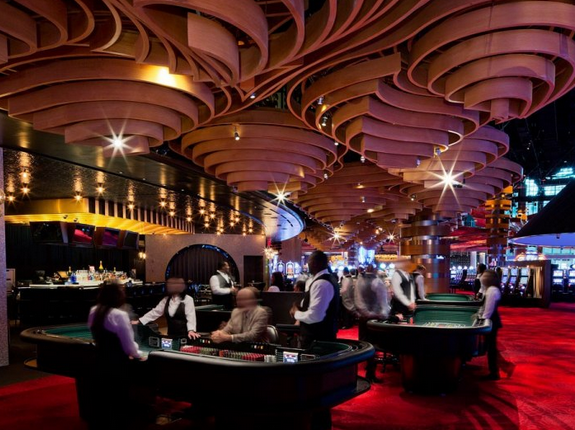 The former Revel (soon to be Ocean Resort) once had a gorgeous poker room. Can a fresh start revive another Atlantic City live poker room? (Image: bankrollmob.com)

Now a new property is scheduled for a fast track opening this summer. Can the Ocean Resort Casino, which the venue recently sold by real estate developer Glen Straub is to be called, bring back another live poker room to the resort gambling city?

When it opened on April 2, 2012 on the northernmost edge of Atlantic City’s famed Boardwalk, Revel established itself as the tallest structure in the city. It was a 150,000-square-foot gaming complex that featured two nightclubs, 13 restaurants, two live entertainment venues, and 1,399 hotel rooms. And, of course, the aforementioned poker room.

Optimists hoped Revel would rejuvenate AC’s struggling gaming market, some even speculating that it could lead to big things for poker. Little did anyone know, the property wouldn’t last long.

In August 2013, Revel closed its poker room, and a little over a year later the hotel, resort, and casino closed permanently, the third Atlantic City property to do so in 2014. After its closure, the property and its future sat unused for several years as bankers and developers figured out what to do.

Earlier this month, Bloomberg reported that the Denver-based AC OCEAN WALK, led by investor Bruce Deifik, was buying the Revel for $200 million, a steal considering it cost $2.4 billion to build.

The rebranding of the former Revel, which was the casino in which NFL running back Ray Rice was infamously caught on camera punching his fiancée, will bring 2,500 new jobs to the city.

The property’s relaunch is set to include a “best in market” sports book, but there’s been no mention either way of a poker room. AC OCEAN WALK has already applied for a casino license with the New Jersey Division of Gaming Enforcement.

“It’s like having Christmas in January,” said Atlantic City mayor Frank Gilliam. “This is a sign to the market that Atlantic City is well on her way back the prominence that she once had.” 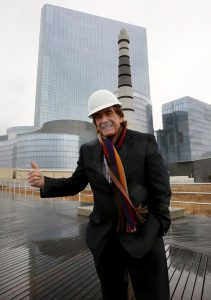 During the limbo years, Revel was sold to Florida-based developer Glenn Straub for $82 million in bankruptcy court. He intended to rebrand and reopen the venue himself, but it never came to fruition, and he reportedly shelled out $1 million a month to keep the building up and running.

For months, Straub had denied rumors of a sale, but he confirmed last week that the deal with AC OCEAN WALK had closed on January 4. He added that while he never intended to flip the Revel, what he referred to as the state’s anti-business climate, which he blamed on outgoing Governor Chris Christie, inspired him to make the deal.

Under his company Polo North Country Club, Straub now hopes to turn his attention to the South Inlet section of Atlantic City. The billionaire, who is friends with former AC casino owner Donald Trump, hopes to be named the area’s redeveloper by the city, but Council President Marty Small doesn’t see that happening.

“We are not going to name anyone,” Small told the Press of Atlantic City. “If people are interested in development in the city, they are going to have to go through a process. It has nothing to do with Glenn Straub.”

But Small did note he was appreciative of what Straub has done for Atlantic City.

“We thank Glenn for buying Revel and preventing it from becoming an eyesore,” he said. “If he is still interested in Atlantic City, we are interested in him.

In addition to the Ocean Resort Casino, Hard Rock Hotel & Casino Atlantic City is expected to open this summer in the former Trump Taj Mahal property.

Good news for Atlantic City – if they pull it off. I have been there a few times over the years, but would be interested in making the trip again if these two new places open this summer. However, I would not stay at either of them. My wife can get complimentary rooms for Harrah’s – if it is still open.

The new “buyers” are simply the guys who were going to run the casino anyway.Those are the guys who need to be investigated. Rob Landino is the same guy who got the contract to build Dunkin Donuts baseball park in CT and screwed it all up. An entire season was lost and he got sued. Then he turned around and tried to sue the state but the judge threw it out. The FBI opened investigation on Landino for misuse of public funds.And his partner Frank Ruocco plead guilty to paying off state officials to gain millions in state contracts. Then after a federal grand jury indicted him on multiple charges inclusing money laundering and fraud, Landino bought Ruocco’s business on paper. They still operate under the name of Center Earth and receive state contracts. Hopefully the feds are closing in soon. If Straub couldn’t get a gaming license, and I haven’the heard why, how the hell are these guys going to? They’re the same guys who were going to run it under Straub’s name. This is the last thing Atlantic City needs. On paper, Straub doubled his money on “sale”. But it’s the same guys! Why any bank would give them $175 million when they can’take get a ballpark open and are still facing litigation is intereating. That needs to be investigated. This looks to be the worst chapter yet in the ugly Revel saga.