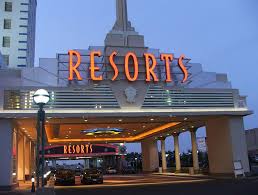 Resorts will be the next Atlantic City casino to bring online gambling to New Jersey, but poker players will still have to wait to play on PokerStars. (Image: gamblingpost.com)

Update Feb. 20, 2015: With the impending countdown to opening of the Resorts site deleted, as well as removal from the New Jersey Division of Gaming (NJDGE) official list of sanctioned Garden State entities, it appears that the Resorts online casino site is now on hold. No word on what has caused the delays as of this update.

Resorts Casino Hotel has received preliminary approval to begin offering online poker and casino games in New Jersey, a move that would make them the fifth operator currently hosting such games in the state, joining the Borgata, Caesars, the Golden Nugget and the Tropicana.

While Resorts will first have to begin a five-day testing period before they are allowed to offer real money games, they could be cleared for full operation as soon as Wednesday.

The ability to offer such games comes as the New Jersey Division of Gaming Enforcement (DGE) granted Resorts a transactional waiver earlier this week.

There is, however, a major caveat to the Resorts announcement. The approval by the DGE does not extend to PokerStars, which has yet to be approved to operate in the state of New Jersey.

Resorts partnered with the Rational Group in July 2013, with the understanding that PokerStars and Full Tilt would supply games (presumably poker, but possibly others as well) for Resorts when and if the Rational Group properties were approved for a license.

Amaya Gaming, which now owns those Rational Group brands, has seemed to be on the verge of receiving approval from regulators for PokerStars and Full Tilt for months now, though there is still no official word as to when a decision could be coming.

There have been rumors blaming the delays on Governor Chris Christie, with speculation that he could be slowing the review process in order to please Sands CEO and major Republican donor Sheldon Adelson, a staunch opponent of online gambling.

However, it seems as though Resorts still plans to work with Amaya’s poker brands in the near future. On an FAQ page for Resorts, they state that within the first year of operation, there will be up to 300 games available in their online casino, “on top of the poker games that will be offered by PokerStars and Full Tilt.”

“We’re happy to see Resorts preparing to launch its online presence as it has always planned,” Hollreiser told PokerNews. “Amaya continues to work with the DGE toward approval to bring PokerStars to New Jersey. We remain in partnership with Resorts and look forward to launching PokerStars following DGE approval.”

If Resorts can get PokerStars and Full Tilt into the New Jersey online poker market, they’ll likely be relying on the brand recognition of the poker sites, rather than their casino, to grab market share in the state.

While PokerStars is the world’s largest Internet poker site, Resorts currently ranks last of the eight remaining Atlantic City casinos in revenues, taking in a little under $140 million over the course of 2014.

I don’t trust these sites at all..